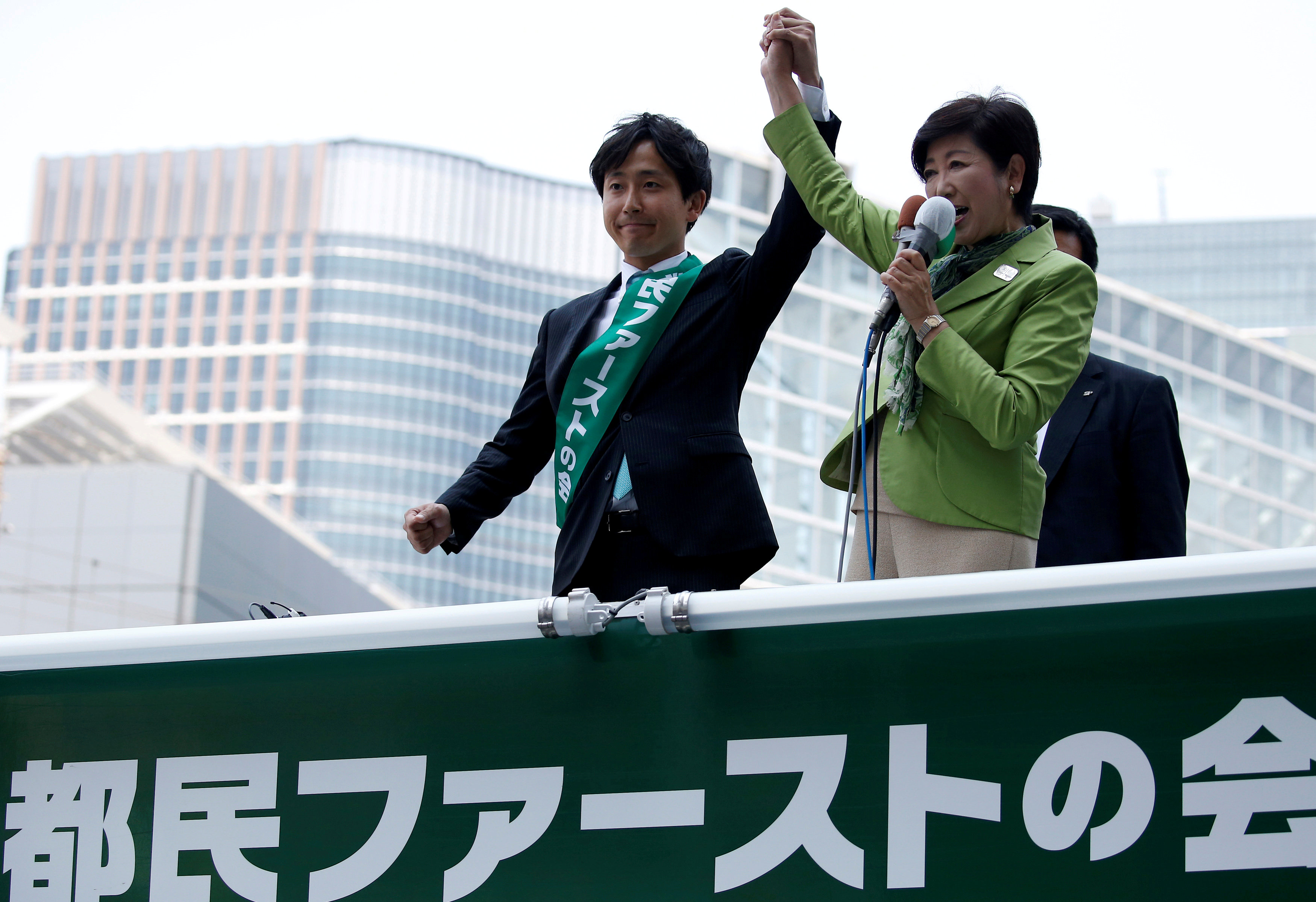 Tokyo: Prime Minister Shinzo Abe's Liberal Democratic Party suffered an historic defeat in an election in the Japanese capital on Sunday, signalling trouble ahead for the premier, who has suffered from slumping support because of a favouritism scandal.
On the surface, the Tokyo Metropolitan assembly election was a referendum on Governor Yuriko Koike's year in office, but the dismal showing for Abe's party is also a stinging rebuke of his 4-1/2-year-old administration.
Koike's Tokyo Citizens First party and its allies were on track for between 73 to 85 seats in the 127-seat assembly, according to exit polls by NHK public TV.
Later vote counts showed the LDP was certain to post its worst-ever result, winning at most 37 seats compared with 57 before the election, NHK said, while Koike's party and allies were assured a majority.
"We must recognise this as an historic defeat," former defense minister Shigeru Ishiba was quoted by NHK as saying.
"Rather than a victory for Tokyo Citizens First, this is a defeat for the LDP," said Ishiba, who is widely seen as an Abe rival within the ruling party.
Past Tokyo elections have been bellwethers for national trends. A 2009 Tokyo poll in which the LDP won just 38 seats was followed by its defeat in a general election that year, although this time no lower house poll need be held until late 2018.
Koike, a media-savvy ex-defence minister and former LDP member, took office a year ago as the first female governor in the capital, defying the local LDP chapter to run and promising to reform governance of a megacity with a population of 13.7 million and an economy bigger than Holland's.
Among her allies is the Komeito party, the LDP's national coalition partner.
"I am excited but at the same time, I am also keenly aware of the weight of my responsibility," Koike told NHK, adding the results had exceeded her expectations.
The strong showing by Koike's party will fuel speculation that she will make a bid for the nation's top job, though that may not be until after the 2020 Tokyo Olympics.
It could also widen cracks between the LDP and the Komeito while damaging prospects for the opposition Democratic Party.
Abe's rivals in his party could be encouraged by the LDP's dismal performance to challenge him in a leadership race in September 2018, victory in which would set Abe on course to become Japan's longest-serving leader and bolster his hopes of revising the post-war, pacifist constitution.
Gerry Curtis, professor emeritus at Columbia University, speaking before the results, said Japan’s political landscape could be set for a shake-up.
"We may discover that Japan is not all that different from Britain, France, and the U.S. in its ability to produce a big political surprise," he said, referring to recent elections in those countries.
The LDP's thrashing could also make it harder for Abe to pursue his cherished goal of revising the U.S.-drafted constitution's pacifist Article 9 by 2020, a politically divisive agenda, said Sophia University professor Koichi Nakano.
"His prime motive to stay in power is his desire to revise the constitution, but once his popularity really starts to fall, that becomes very difficult to do," Nakano said.
Abe's troubles centre on concern he may have intervened to help Kake Gakuen (Kake Educational Institution), whose director, Kotaro Kake, is a friend, win approval for a veterinary school in a special economic zone.
The government has not granted such an approval in decades due to a perceived glut of veterinarians. Abe and his aides have denied doing Kake any favours.
Potentially more devastating is the impression among many voters that Abe and his inner circle have grown arrogant.
"We must accept the results humbly," said Hakubun Shimomura, a close Abe ally and head of the LDP's Tokyo chapter. "The voters have handed down an extremely severe verdict."
Abe is expected to reshuffle his cabinet in coming months in an effort to repair his damaged ratings, a step often taken by beleaguered leaders but one that can backfired if novice ministers become embroiled in scandals or commit gaffes.
Among those many political insiders expect to be replaced is Defense Minister Tomomi Inada. Inada's remark during the Tokyo campaign seeking voter support in the name of the Self-Defense Forces, as the military is known, came under heavy fire. By law, the military is required to be politically neutral.