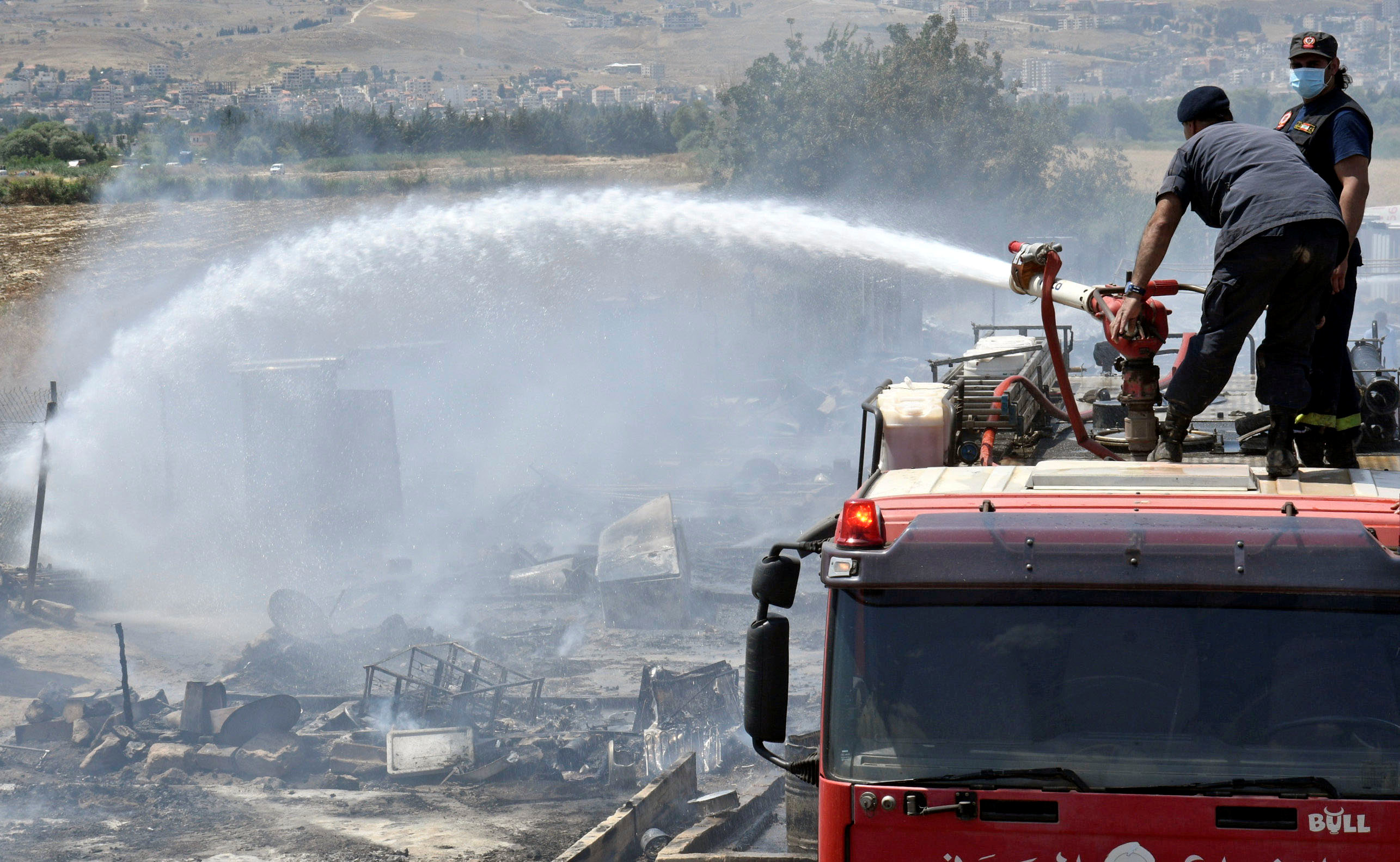 Bekaa Valley (Lebanon): A fire tore through a camp for Syrian refugees in Lebanon's Bekaa Valley on Sunday, killing at least one person and leaving two in critical condition, the U.N. refugees' organisation said.
Flames and thick clouds of black smoke rose from the site near the town of Qab Elias, around a hour's drive east of Beirut, in footage broadcast by Lebanon's MTV, and at least one explosion was seen,
Reuters TV footage showed the blaze had virtually razed the camp as a fire truck doused down the still-smouldering ground.
A Syrian refugee said many of the people living at the camp had come to Lebanon from the Raqqa area of Syria.
UNHCR spokeswoman Dana Sleiman said the camp had been home to 102 families.
"We've started the assessment as to how many tents have been damaged. As soon as the assessment is done, we will provide the families with all the help they need," she said. "Apparently it started with a cooking stove. We are waiting to confirm that."
Sleiman and a Lebanese security source had initially put the death toll at three.
Lebanon is hosting at least 1 million registered Syrian refugees, many of them living in tented settlements scattered around the country. The government says that in total there are about 1.5 million Syrians in Lebanon.