Vision for future in ministry’s plan for Oman transport sector 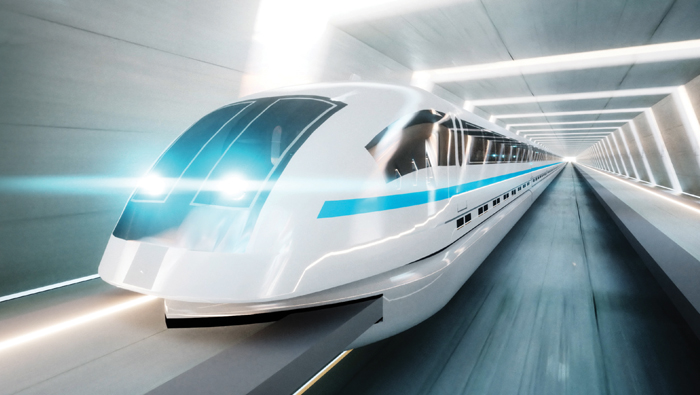 Muscat: Oman’s future transport sector could include light rail, electric cars, and drones that deliver goods, according to Dr. Ahmed Al Futaisi, Minister of Transport and Communication.
Al Futaisi said that the ministry is set to study the possibility of taking the Sultanate to the next level of transportation. “In accordance with our strategy on public transportation, we are considering the move from vehicle transportation to light rail. We realise that in the coming years, such forms of transportation will not suffice, and therefore, we need to move to the next level of transportation, similar to that of a metro.” Speaking at a press conference, which discussed the regulation of Land Transport law, Al Futaisi said, “We are following up with the latest developments in the transportation sector; for instance, we are looking at implementing the use of drones for the delivery of goods in the Sultanate and the use of electric cars.”
The minister added that all these plans needed studying, planning, and regulation.
During the same press conference, he announced changes to the taxi fare regulation system in the country.
Starting June 2019, all taxis in Muscat will have metres; the base fare will start at 300bz and will increase at a rate of 130bz per kilometre.
After its application in Muscat, the system will then be implemented across other governorates.
“We have ensured that this meter system is fair, in order to relieve individuals of some of the issues they face with taxi drivers. Through its implementation, passengers will be clear about the cost of their journeys,” said Al Futaisi.
“Up until now, we have not compelled taxis to follow the rules and regulations specified in the Land Transport law. However, now all taxi drivers must abide by these regulations,” Al Futaisi added.
Discussing the way in which the ministry achieved this base figure, the undersecretary of the ministry, Eng. Salim bin Mohammed Al Nuaimi, told Times of Oman, “We appointed a company to conduct a number of studies to achieve this amount; in addition, a survey was done to examine the area of Muscat, from Muttrah to Ruwi, from Ruwi to Wadi Adai etc.”
“We also coordinated with some authorities such as Mwasalat and Asyad, until we reached the conclusion that this was the correct rate,” added Al Nuaimi.
According to Al Nuaimi, the name of the company in charge of installing the meters will be announced at the end of December 2018.
The meters will be placed in taxis whenever drivers renew their vehicles.
A taxi driver in Muscat said, “Sometimes, my customers argue with me, saying I am charging too much to go to places, but now I can show them that there is a fixed price for a trip.”
Residents in the country also welcomed the new system, “It is a good system and fair to both the passengers and the taxi drivers, as this will stop the long arguments about the fare to be paid,” said Ahmed Mohamed, an IT Manager and Business Developer in the country.
Hassan El Markaby, an Egyptian expat in Oman who worked as a pharmacist, added, “This is a great step towards controlling the taxi prices in Muscat and the rest of Oman, because I feel that sometimes these prices are really high and the amount you pay would often depend on the mood of the driver.”
The ministry is also working on an electronic platform, which will help implement the regulations. Starting from January 2019, operational cards for commercial vehicles will be issued and renewed through the e-platform.
“A private Omani company will be in charge of running and implementing the e-platform. Additionally, a number of private companies will also be in charge of inspecting taxis, trucks, and buses on behalf of the ministry,” Al Futaisi said.
According to Al Futaisi, “Every taxi driver in the Sultanate must have a vehicle operating card. The card costs OMR15. Drivers may also obtain the operational cards online or in sanads or post officers. ”
Drivers are also given one year to “correct the condition of their vehicles as specified by the law”. Al Futaisi added, “The one year begins from the date of issuance of the vehicle operational card.”
Failure to do so will mean that the driver will not be able to renew his card, and thus not be permitted to operate the commercial vehicle.
“The Royal Oman Police will not renew the taxi driver vehicle without a permit from the ministry,” Al Futaisi explained.
Not for airport and hotel taxis
Airport and hotel taxis are not included in the decision to install meters in taxis, according to the Undersecretary for the Ministry of Transport and Communication.
Undersecretary Al Nuaimi said, “This decision will not apply to airport taxis, as we have already given standards and specifications to Mwasalat, which is the company in charge of airport taxis, and the same was done with Marhaba for hotel taxis.”
“With this decision, we are focused on freelance taxis,” Al Nuaimi added.
Another decision announced on Thursday involves taxi sharing, according to the minister. “Taxis will also have an engaged system, meaning they can no longer pick up other passengers if they already have a passenger on board the taxi.”