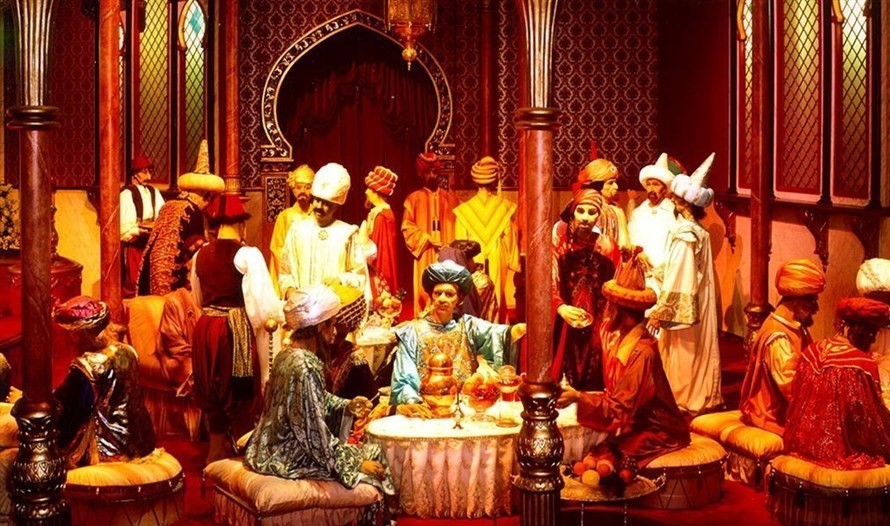 There is much that we can learn from those who shaped the landscape and culture of the Middle East to make it what it is today. Hi Weekly’s Heroes of Arabia series provides an insight into some of the legendary men (and women) who continue to act as inspiration for all of us to become better than we are, and still motivate us to do our best in the face of challenges and hardships. This issue, we take a look at Ja’far Ibn Yahya, a patron of the sciences who did much to introduce science to the Arab World. Early Life Ja’far – full name Ja’far ibn Yahya Barmaki (yes, that is a bit wordy) – was born into the very influential and powerful Barmakid family of Persia. His father Yahya was vizier to Emperor Haroun Al Rashid of the Abbasid Caliphate. Due to the high standing of his father, Ja’far was given an education at court, being very well read as he studied politics, history, geography, astronomy, and philosophy, among other subjects. In fact, the Barmakids always placed a very high emphasis on education, knowing this would unlock for people opportunities that would otherwise be unavailable. Over time, they were given the moniker ahl-al-qalam, or the ‘people of the pen’. Under the aegis of his father Yahya many scholars and masters from India, especially Buddhists, were invited to Persia. A list of both Muslim and non-Muslim works prepared at that time, called the Kitab Al-Fihrist, included a list of Buddhist works. Chief among them was an Arabic version of the account of Buddha’s previous lives, which was titled Kitab al-Budd. Claim to Fame Ja’far and two brothers would all make names for themselves under the service of the Caliph. While Ja’far himself succeeded his father as vizier, his brothers Fadl and Musa were named governors of Egypt and Damascus respectively. In 751 AD, the Abbasid Caliphate and their Tibetan allies went to war against the Tang Chinese Dynasty, with hostilities precipitating at the battle of Talas in Kazakhstan. A number of Chinese prisoners were captured at the battle, and in the wake of the Abbasid victory, the Arabs learned the secrets of paper-making from those who’d been captured. Soon afterwards, Ja’far convinced Caliph Haroun to open Baghdad’s first paper mill. In addition, several public works, such as mosques, canals and shelters owe their existence to the initiative of Ja’far and his brothers, whose family, the Barmakids, were always known for their generosity and hospitality. They were, for example, one of the first families to introduce lamps in mosques, during the Holy Month of Ramadan, so that people would not lose their way en route to breaking their fasts after what would’ve been a tiring day. The first Arabic report on India was also prepared by an envoy of the Barmakids. Ja’far is also credited with the adoption of many Indian scientific methods into Arab society, allowing Arab sciences to flourish, and contributing immensely to the scientific revolution across Arabia, Asia Minor and the Mediterranean. Scientists he invited to Baghdad were skilled in zoology, optics and ophthalmology, alchemy, chemistry, astronomy, cosmology, botany, geography, cartography, mathematics, medicine, pharmacology, and physics. Legacy Ja’far and the rest of the Barmakid family have gone down in history as a dynasty that always looked after the welfare of others, and have left behind a legacy that includes immense contribution to education and the sciences. Today, they are an inspiration of contributing across fields that may not reap immediate reward, but reap benefits over time, in ways that may not become immediately tangible. The Barmakids have been mentioned and included in many of the Arabian Knights, often playing the roles of protagonists or advisors, once again highlighting the important role they played in the formation of modern Arabia. While some modern-day versions of Arabian tales – Aladdin being the best example — featured the infamous villain Jafar – a version of Ja’far ibn Yahya Barmaki. However, most adaptations still portray them as protagonists. —[email protected]