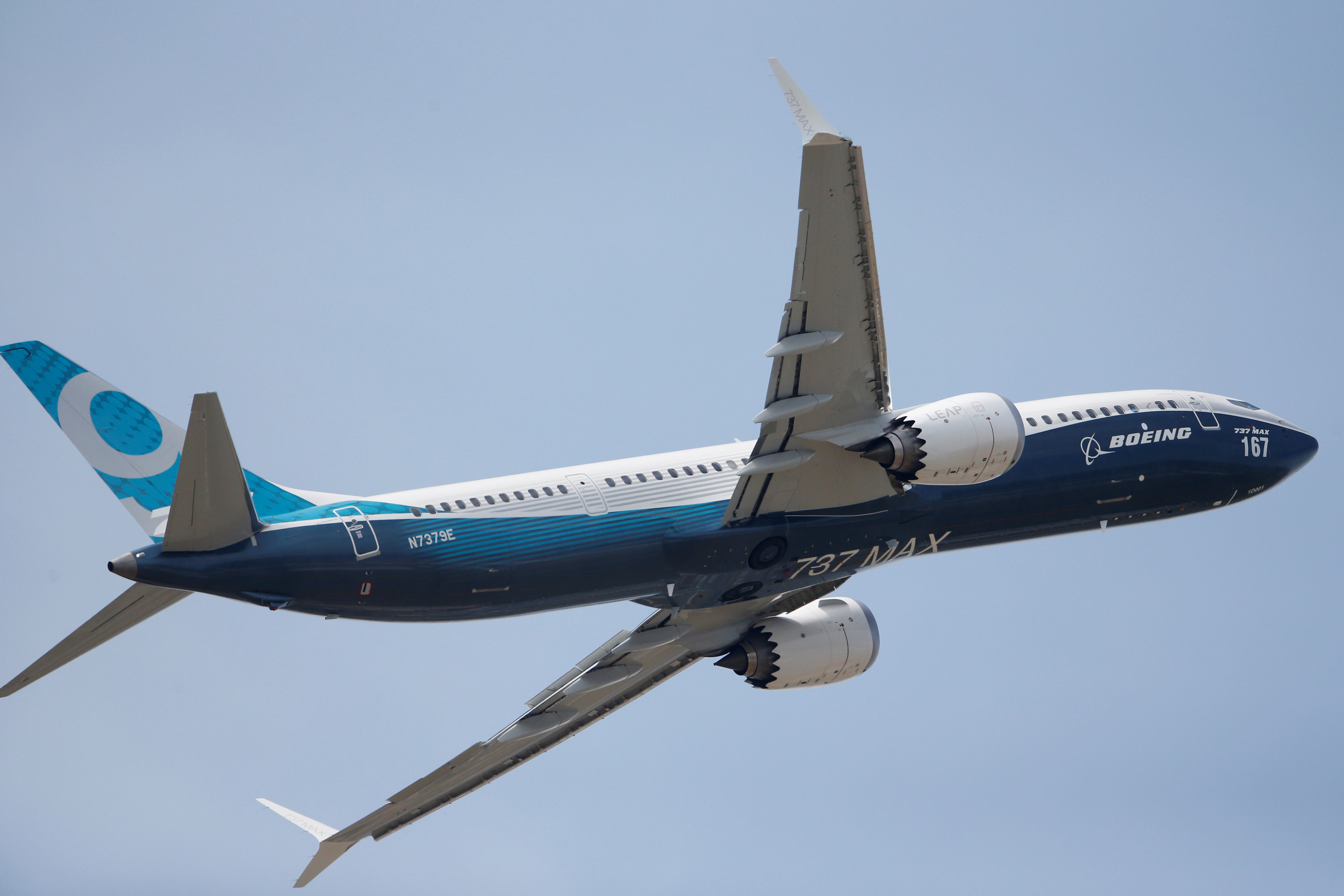 Paris: Boeing won a key endorsement from United Airlines for the latest model of its best-selling 737 on Tuesday and struck an upbeat tone by raising its 20-year industry demand forecast despite signs the pace of growth is slowing.
A day after the launch of the 737 MAX 10 at the world's biggest air show in Paris, United said it would convert an order for 100 other 737 MAX planes to the new model.
Gerry Laderman, United senior vice president, said the MAX 10 had "the best economics of the family", a boost for a plane Boeing designed to plug a gap in its range at the top end of the market for single-aisle jets, following runaway sales of the rival Airbus A321neo.
The United deal brought the number of MAX 10s covered by air show order announcements to a higher than expected total of more than 320, though more than half were conversions and underlying new orders and commitments for Boeing stood closer to 160.
Despite the interest in the MAX 10, analysts expect passenger jet orders at the Paris Airshow to fall short of recent boom years, as airlines digest a flood of deliveries.
But over the longer term, Boeing sees an industry in rude health, forecasting 41,030 passenger and freight plane deliveries worth more than $6 trillion over the next two decades, up from 39,620 in a similar projection a year ago.
Boeing's projection includes a 5 per cent increase in the 20-year forecast for deliveries of single-aisle aircraft such as the Boeing 737 and Airbus A320 families, the cash cows of the world's two largest aircraft manufacturers.
In a sign of that interest, aircraft leasing company Avolon announced a provisional deal to buy 75 Boeing 737 MAX 8s worth $8.4 billion at list prices and said it would have a "hard look" at possible orders for the MAX 10.
Airbus agreed a provisional $5 billion deal with low-cost carrier Viva Air, confirming a Reuters report.
The European planemaker has seen arch-rival Boeing grab most of the headlines so far, but could turn to one of its top buyers as a potential wild card for the show, industry sources said.
AirAsia co-founder Tony Fernandes remained in Paris on Tuesday after signing a data deal with Airbus and picking up an airline award, and could use the opportunity to evaluate jets at attractive prices as new orders wane.
Asked by Reuters whether he would return to the show on Wednesday, a move that would typically signal he is in the market to buy, Fernandes said, "We'll see".
Airbus declined to comment.
Aviation services
Boeing's head of airplane developments meanwhile said he was "very optimistic" about the chances of establishing the business case for a mid-market jet project to open up new routes from the middle of the next decade.
Air travel has been on a sharp uptrend, led by emerging economies as China looks set to replace North America as the world's biggest transport market in the coming years.
But China's economic expansion is slowing even as it remains above 6 per cent a year. Boeing trimmed its 20-year forecast for average global traffic growth to 4.7 per cent from 4.8 per cent.
With demand for new jets cooling, planemakers are seeing greater opportunities in aviation services.
Boeing forecast that market could be worth $8.5 trillion over 20 years, growing at an average 4 percent a year. Airbus launched a digital services platform on Tuesday, which it said could crunch data to help airlines improve maintenance, reduce fuel burn and optimise routes.
Bigger not better?
In a symbolic change likely to rankle with its European rival, Boeing ditched its forecast for very large four-engined airplanes such as the Airbus A380 and its own 747-8. For the first time, it lumped these models with large two-engined jets such as the Boeing 777 and the largest Airbus A350.
Boeing has long argued that the "very large" category is on its way out as airlines switch to smaller twinjets. Both manufacturers have had to cut production of four-engined jumbos.
Airbus insists the double-decker A380 has a future due to airport congestion and predicts 5 per cent of aircraft delivered over the next 20 years will be in that category.
"They would do that, the 747-8 isn't selling," Airbus sales chief John Leahy said of Boeing's decision to ditch its separate forecast for the biggest planes. "We have no intention of sharing that market with them, albeit a smaller market than we might have thought."
"Traffic is doubling," he said. "(Boeing's) explanation is we'll fly more flights. I'm sorry, but you can't do it. You have to have bigger aircraft."