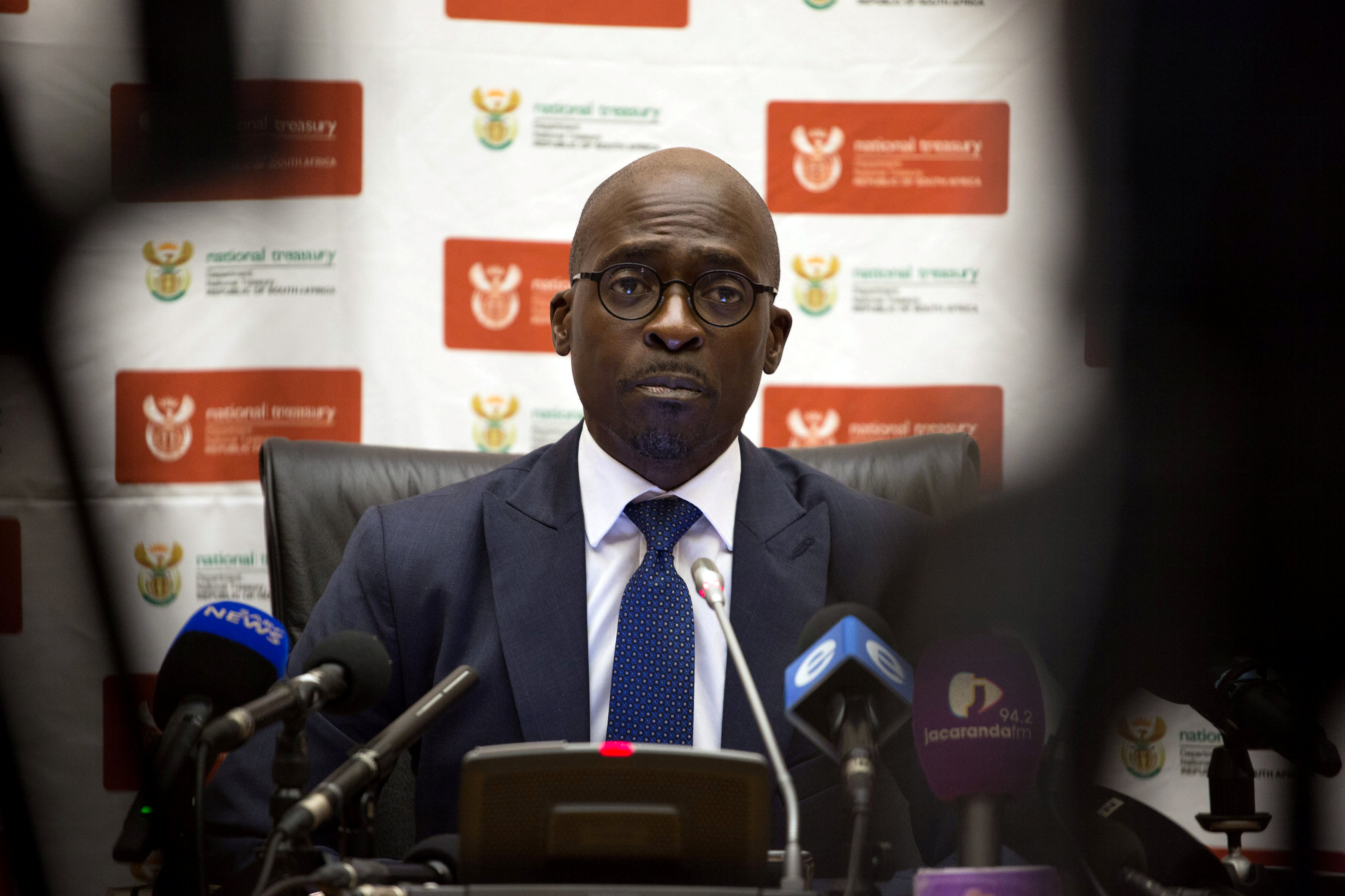 London: The independence of South Africa's central bank is paramount, Finance Minister Malusi Gigaba said on Tuesday, adding he was weighing whether to back the bank in seeking a court review of a recommendation that its mandate be changed.
A row over the independence of the South African Reserve Bank (SARB) erupted this week after a public watchdog recommended it change its mandate from maintaining currency and price stability to acting in the interests of ordinary citizens.
"We need to protect at all times the independence of the South Africa Reserve Bank so we don't subject it to undue influence from anybody," Gigaba told Reuters in an interview.
Public Protector Busisiwe Mkhwebane, head of South Africa's constitutionally-sanctioned anti-graft watchdog, called on Monday for the change to the central bank's mandate. Parliament said on Tuesday it had received a request from Mkhwebane's office to change the bank's constitutional mandate.
But the central bank has hit back, saying Mkhwebane's office had no business in making recommendations about how it is run, pledging to take urgent legal action.
"At the moment the central bank is acting on its own initiative, on its own behalf," said Gigaba, adding he was studying the Public Protector's report and would be taking legal advice.
"We as Treasury, and I as the Minister of Finance, have not decided whether I am joining in ...I may or may not," he said.
Mkhwebane had made the proposal in a statement where she delivered her findings on an apartheid-era bailout of Barclays Africa Group.
"I don't understand how it then spills over to dealing with the broader role of the SARB, because the role of the SARB in the broader economy was not being looked at. It was not the subject of the investigation," Gigaba said.
The latest controversy has rattled investors in Africa's most industrialised economy, which recently fell into recession. It has seen its credit rating downgraded and has been rocked by political turmoil and gripped by questions over President Jacob Zuma's stewardship.
Gigaba added that inflation targeting had served South Africa well so far and that policy makers would like to keep inflation in the 3-6 per cent bracket.
"There are debates about whether we need to increase the bracket and review that specific mandate of inflation targeting but that role must not be changed lightly," he said.
"We need to have sufficient debate and discussion before we arrive at a conclusion whether we should change the policy or not."
Asked for more details on planned government spending cuts, Gigaba said he hoped to save 25 billion rand ($1.9 billion) through overhauling government IT contracts.
"One of the most obvious ways to achieve savings is in the review of some of the big IT contracts by the office of the chief procurement officer," he said.
Spending cuts have become increasingly significant for South Africa as it aims to cut its budget deficit to 2.6 per cent of national output by 2019/20 from 3.4 per cent now.