Kumble steps down as India coach after fallout with captain Kohli 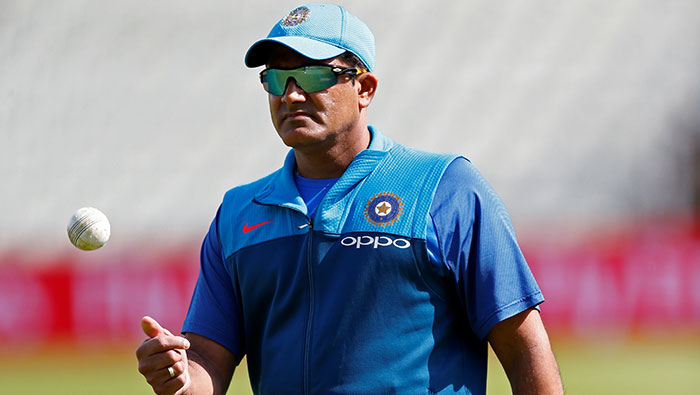 Mumbai: Anil Kumble has stepped down as India coach after falling out with skipper Virat Kohli, a top source in the country's cricket board told Reuters on Tuesday.
Kumble's original contract expired with the team's Champions Trophy campaign, but the former captain was tipped to get an extension after enjoying a successful run during his year in charge.
"While the Cricket Advisory Committee (CAC) had endorsed an extension to his tenure as head coach, Anil Kumble has decided not to continue as the coach," the Board of Control for Cricket in India (BCCI) said in a statement.
"The BCCI will continue to seek the assistance of the Cricket Advisory Committee in its search for a new head coach for the senior India men's cricket team," the board added.
"In the interim, the BCCI has deputed MV Sridhar, General Manager — Cricket Operations to supervise the team management for the West Indies tour."
Batting coach Sanjay Bangar and fielding coach R. Sridhar will continue in their role, the BCCI informed.
Last year the BCCI formed the CAC, comprising former players Sachin Tendulkar, Sourav Ganguly and V.V.S. Laxman, who chose Kumble for the job.
A source confirmed the 46-year-old Kumble, who was put in charge last June, decided to step down after the breakdown of his relationship with Kohli.
Local media has reported that Kohli found Kumble's brand of coaching a bit too assertive and their relationship was beyond repair.
The BCCI invited applications for the role last month and Kumble had re-applied for the same.
"We wish to place on record our sincere appreciation for the immense contribution by Anil Kumble to the team which enabled India to attain the No.1 Test position," acting BCCI secretary Amitabh Choudhary said in a statement.
"Indian cricket needs his continued contribution in various capacities and wishes him all the best in his future endeavour."
In the last one year, the former leg-spinner, also India's most successful bowler, led the country to 12 victories in 17 tests with just one loss.
He also guided India to one-day international series wins over New Zealand and England with losses coming only in a Twenty20 series against the West Indies and in last week's Champions Trophy final, where they lost to Pakistan.
Kumble is also the chairman of the International Cricket Council's cricket committee and has stayed back in London for the world governing body's meeting this week.
He decided not to travel with the Indian side for a limited-overs tour to the West Indies, where they will play a five-match ODI series and a T20 game in the Caribbean starting on June 23.