Shiv Sena on board for Kovind; opposition to field candidate, says CPI 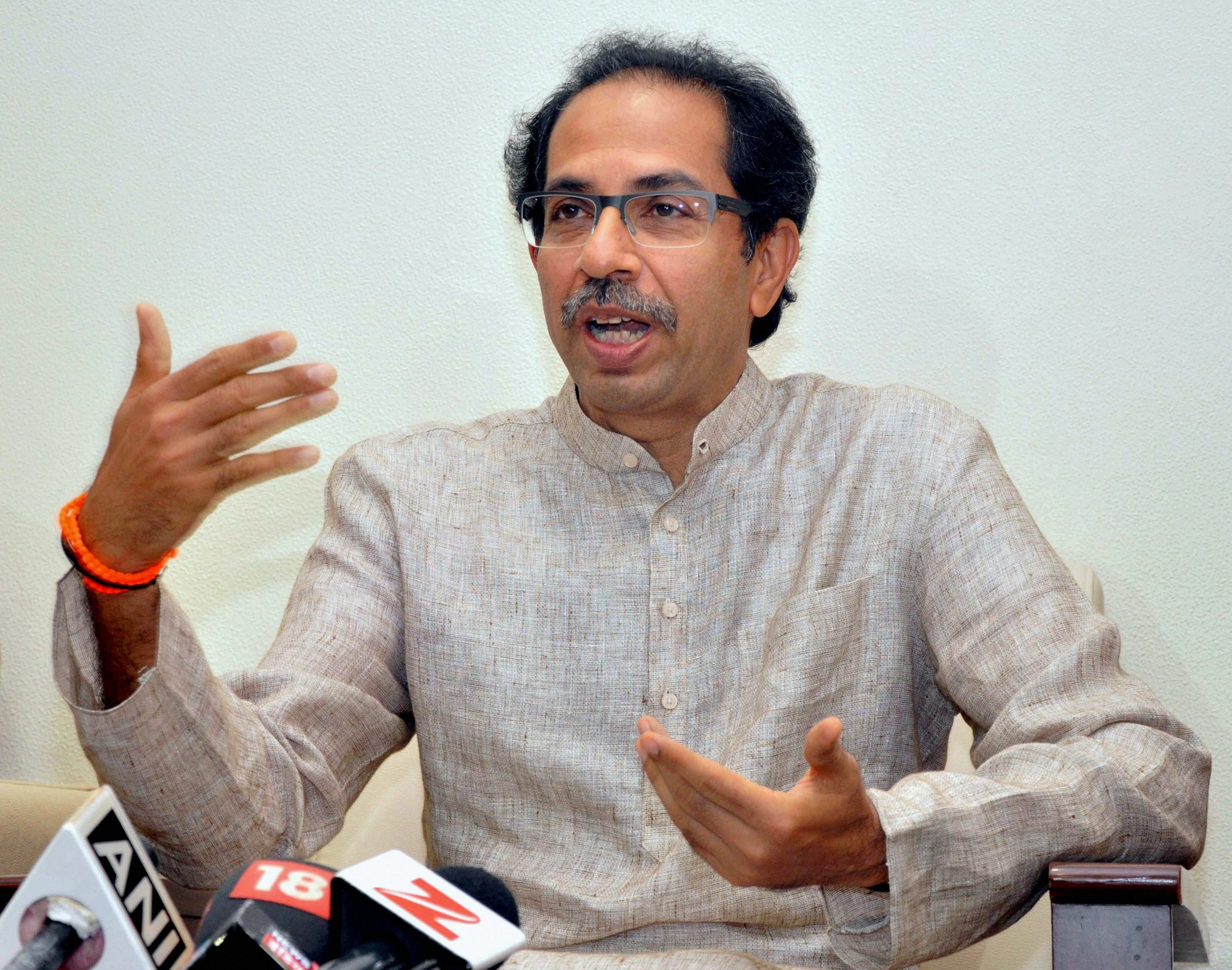 Mumbai/New Delhi: In a further boost to National Democratic Alliance's presidential nominee Ram Nath Kovind, key ally Shiv Sena on Tuesday night came on board and announced its support, ending the suspense amid strains with senior partner Bharatiya Janata Party(BJP).
The announcement by Sena chief Uddhav Thackeray backing the 71-year-old Dalit leader came even as the Congress and other opposition parties worked on strategies to field their common candidate for the upcoming Presidential polls.
The election of the lawyer-turned politician as the 14th President in any case is a virtual certainty because of assurance of support by some non-NDA regional parties.
Thackeray said the decision to support Kovind was arrived at after holding discussions with Sena leaders. Sena, known for its unpredictability, backed the UPA nominee Pranab Mukherjee in the 2012 presidential polls against the NDA's P. A. Sangma.
In 2007, it backed Pratibha Patil instead of NDA candidate Bhairon Singh Shekhawat. The Sena decision significantly come a day after Thackeray stated it was not interested in backing Kovind if his candidature is aimed at garnering Dalit votes.
"After holding discussions with our party leaders, we have decided to back the NDA presidential candidate Ram Nath Kovind. After our support, I do not think it will be difficult for the BJP to get him elected," Thackeray told reporters at his residence 'Matoshree' in Mumbai.
CPI General Secretary S. Sudhakar Reddy said a "secular" candidate is the need of the hour for the president's post and that opposition parties would "certainly" field a nominee.
"(BJP chief) Amit Shah had met me and requested for our support for their candidate. In turn, I suggested him two names which he said the BJP will consider," Thackeray said referring to Shah's meeting with him on Sunday.
"After the BJP announced the presidential candidate (Kovind), Shah once again called me and told me that the names which I had suggested were considered, but that they (BJP) had their reasons for not making them the BJP candidate." Sena had earlier proposed the names of RSS chief Mohan Bhagwat and veteran agriculturist M. S. Swaminathan.
Responding to a query if Sena will support the opposition parties if they field a Dalit candidate, Thackeray said his stand will not change now. "It is not necessary that Sena will always oppose BJP," he said. When asked if Sena will back opposition parties if they announce the name of either Bhagwat or Swaminathan, Thackeray said, "I had announced names of Mohan Bhagwat and Swaminathan a week back. Had they wanted my support, they would have declared one of the names till now. But time has passed now and I will not change my decision."
Stumped by NDA's Dalit face for the presidential election, the opposition went into a huddle with senior Congress leader Ghulam Nabi Azad rushing to Patna in a bid to seek support of Nitish Kumar and Lalu Prasad for its common candidate.

Congress sources said senior party leaders talked to leaders of other parties to ensure their presence at the crucial June 22 meeting of all non-NDA parties in Parliament. The opposition leaders also put up a brave face, claiming their unity is intact after some of the non-NDA parties welcomed Kovind's nomination on Monday.
Sources said Azad, Leader of Opposition in Rajya Sabha, is attending an Iftar dinner hosted by the Bihar PCC chief on Tuesday, but speculation was rife over him meeting Chief Minister Nitish Kumar to firm up the opposition strategy.
Janata Dal-United is also slated to meet on Wednesday in Patna to decide on the party's stand on the presidential election. Azad's visit to Patna assumes significance after Nitish Kumar on Tuesday welcomed Kovind's candidature, just falling short of extending support to him. Speculation was rife over cracks appearing in opposition unity after JD-U and BSP's reaction to Kovind's nomination. The Left leadership is keen on putting up a symbolic fight for the July 17 polls on ideological differences with BJP, but the Dalit NDA face has put Congress in a fix.
Sources said Congress may now go in for a Dalit face to match the NDA on the issue and some of the names doing the rounds now are of former Speaker Meira Kumar, B. R. Ambedkar's grandson Prakash and former home minister Sushilkumar Shinde. "Yes, we are certainly going to have a candidate. We are trying to build a consensus because several parties may have different names. So, of these, who is more acceptable to most of the parties will be decided," Reddy told PTI in Hyderabad.
The CPI leader said their opposition is not individually to Kovind, but on principles. "Our objection is not individually for him. We don't support anybody either because of his caste or religion or any such thing," he said. A "secular" candidate for the president's post is the need of the hour against the backdrop of attacks on Dalits and minorities since the NDA government assumed office, he added.