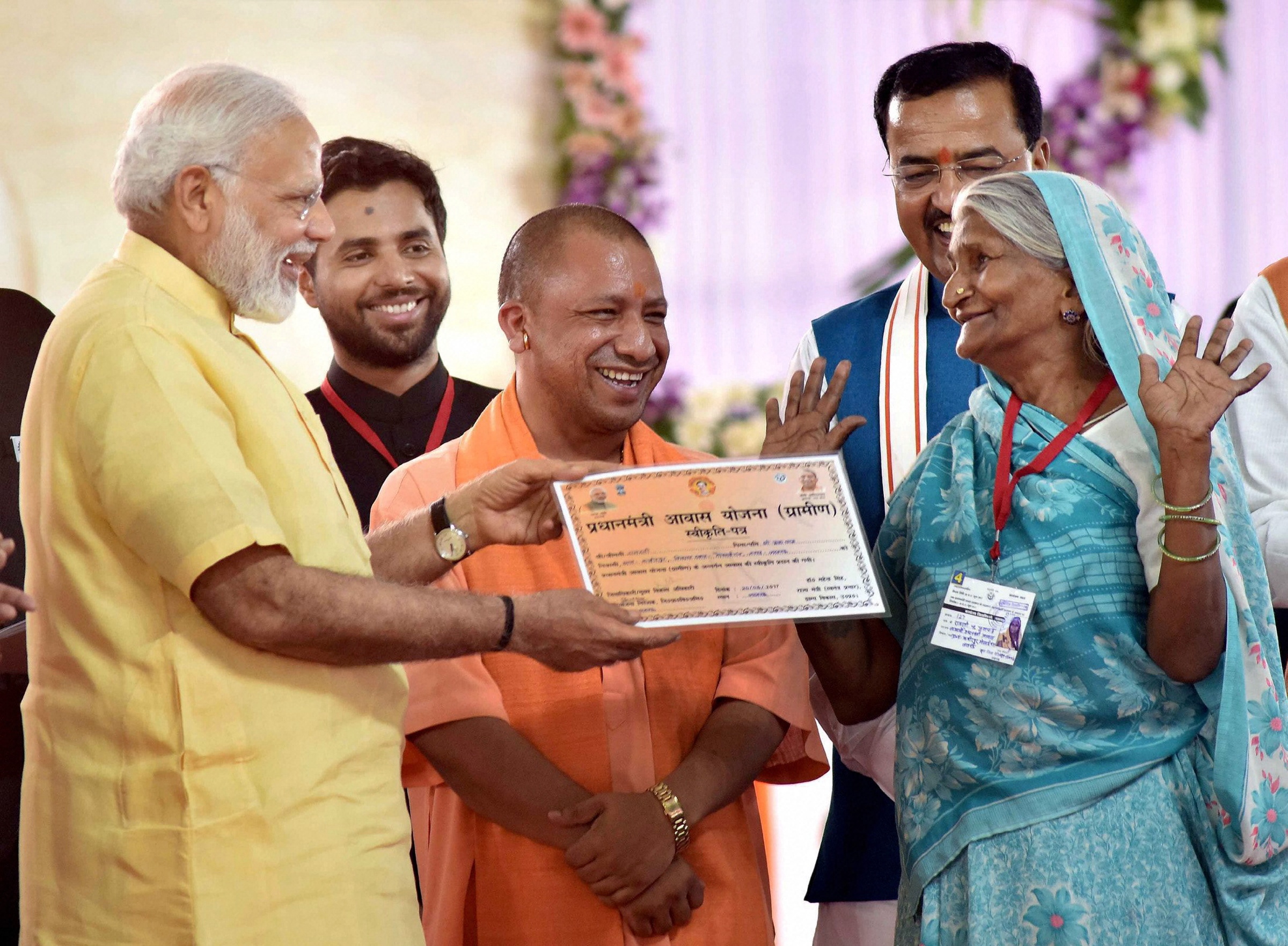 Lucknow: With India still importing 65 per cent of its military requirements, Prime Minister Narendra Modi on Tuesday strongly favoured making the country self-reliant in the defence sector. "We are moving forward with the dream of making India self-dependent in the field of defence and security," he said at the APJ Abdul Kalam Technical University (AKTU) here. "Can we not make India self-reliant in defence sector?" the prime minister asked. We are marching ahead with this dream and for this we have made policy changes and allowed 100 per cent Foreign Direct Investment (FDI) in the defence sector, Modi said. He lauded the successful launch of 104 satellites by the Indian Space Research Organisation (ISRO) and said the world took notice when it was done. We have such potential and have to take it forward, Modi said. He said that India "reached Mars in a budget less than that of a Bollywood movie due to technological advancement. Our expense in reaching Mars was Rs 7 per kilometre." Lauding scientists, Modi called them "modern rishis". "Scientists are facing a challenge to produce cheap but effective drugs for the poor and needy. They are devoted to the objective of ridding the humanity of pain. Science is universal, but technology is local. We have to defeat diseases with science," he said. Get your essential daily briefing delivered direct to your email inbox with our e-newsletter The prime minister's strong message towards making the country self-reliant in the defence sector came against the backdrop of the government finalising a policy under which private sector companies will be roped-in to manufacture hi- tech equipment like submarines and fighter jets in India in partnership with foreign entities. Speaking here, Modi also appreciated the efforts of Uttar Pradesh Chief Minister Yogi Adityanath in taking the state forward. "Everyone is watching the developments in UP. They are curious about what is happening here. The Yogi government has intitiated steps to check the diseases and various hindrances prevalent in UP for years. I congratulate Yogi and his team for this," he said. Modi called upon youth to accept challenges through effective use of resources and technology. "India has 800 million youths, who are intelligent, have talent and with effective use of science and technology they can reach their claim to fame in the world..." he said.