On the ball: Gaelic football offers people a better life 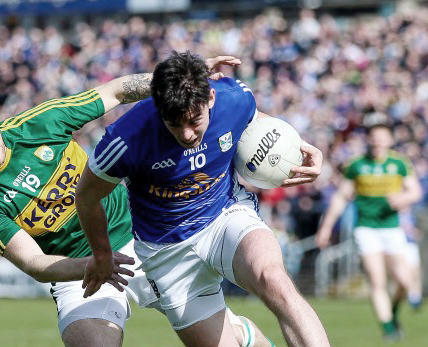 A month ago, Gaelic football to me was something that was played by a tiny fraction of the world’s population: It’s always been a unifying factor for those of Irish origin, so imagine my surprise when I heard the South Africans were sending a delegation to play against Oman’s national Gaelic football team. What surprised me even more was that these lads had come from South Africa’s townships, which are often unfairly associated with the more negative aspects of society. Gaelic football, though, didn’t just offer these boys a way out of that life, but a method to bring others out of it along with them.
When the South Africa Gaels came to Oman, I spoke with their head coach Keith O’Leary, about the impact the sport had in the Rainbow Nation.

Keith, Gaelic football isn’t always the first sport you think about when South Africa comes to mind.
That’s true. We’re not very old and we only began about two to three years ago. When you think of South Africa, the first sport that comes to mind is obviously rugby because the national team is so successful and has a dedicated following, and then lower down that list, you have cricket which is also pretty popular and football, which has always been played here but never sort of had the attention of the other two sports until the World Cup came here in 2010.

So tell me a bit about how Gaelic football has taken root in South Africa?
The Gaelic Football Association are really keen to promote the sport around the world, which is why they came to South Africa, and we’ve only got two clubs here, but we’ve already begun growing and developing players and we sent a team to the Gaelic Football World Cup last year, where we actually lost to Oman. We set up a dialogue there and continued to keep in touch to see if there was something we could do to expand on the relationship between the two countries, so they invited us over to play in a Gaelic football tournament that was taking place and we were happy to accept. Plus, the boys are viewing this as a bit of a revenge match for what happened the last time around.

Where do these players come from?
What we’re trying to do is grow the sport among locals here and that is why all of the players we have are South African, not expats who live in the country, which is understandable because it’s mostly played by the Irish expat community. All of these players are from the townships in South Africa, where they lead a really hard life. It’s not always the case, but some of these townships are notorious for rampant drug abuse, crime, stabbings, broken homes and the like so we wanted to give these boys a chance at a better life. The boys are bussed to the training ground and they are so happy to be playing, because they really form a community and look out for each other, so everyone learns from that.

This is surely going to work out great in the long-term, then?
That’s what we are hoping for, because these boys are now representing their country, and to wear the shirt of South Africa and sing the national anthem with pride and knowing that you are playing for your nation is a matter of pride and honour that cannot be matched by many other things. These boys are not just athletes now, but ambassadors of what people from underprivileged backgrounds can actually achieve if they are given a chance. You hear all these stories about crime being commonplace in South Africa, and though that is a bit of an exaggeration, positive change starts here, at ground level. When other people in the townships or any disadvantaged position see these boys play for their nation, they too will realise just how far they can go and when that happens, we know there will be lasting success here, and that is the day we can look back and say that this began when we founded the South Africa Gaels.

What plans do you have in terms of a far-reaching agreement with the Oman Gaelic Athletic Association?
We want to thank the Oman GAA because without their help, we wouldn’t be here. They put us up in a nice hotel in Oman and all of our flights were taken care of by Etihad, so we are grateful to them for helping us come here. We want to give back to those who’ve enabled us to get this far, and we’re really hopeful of doing that in the future.
—[email protected]