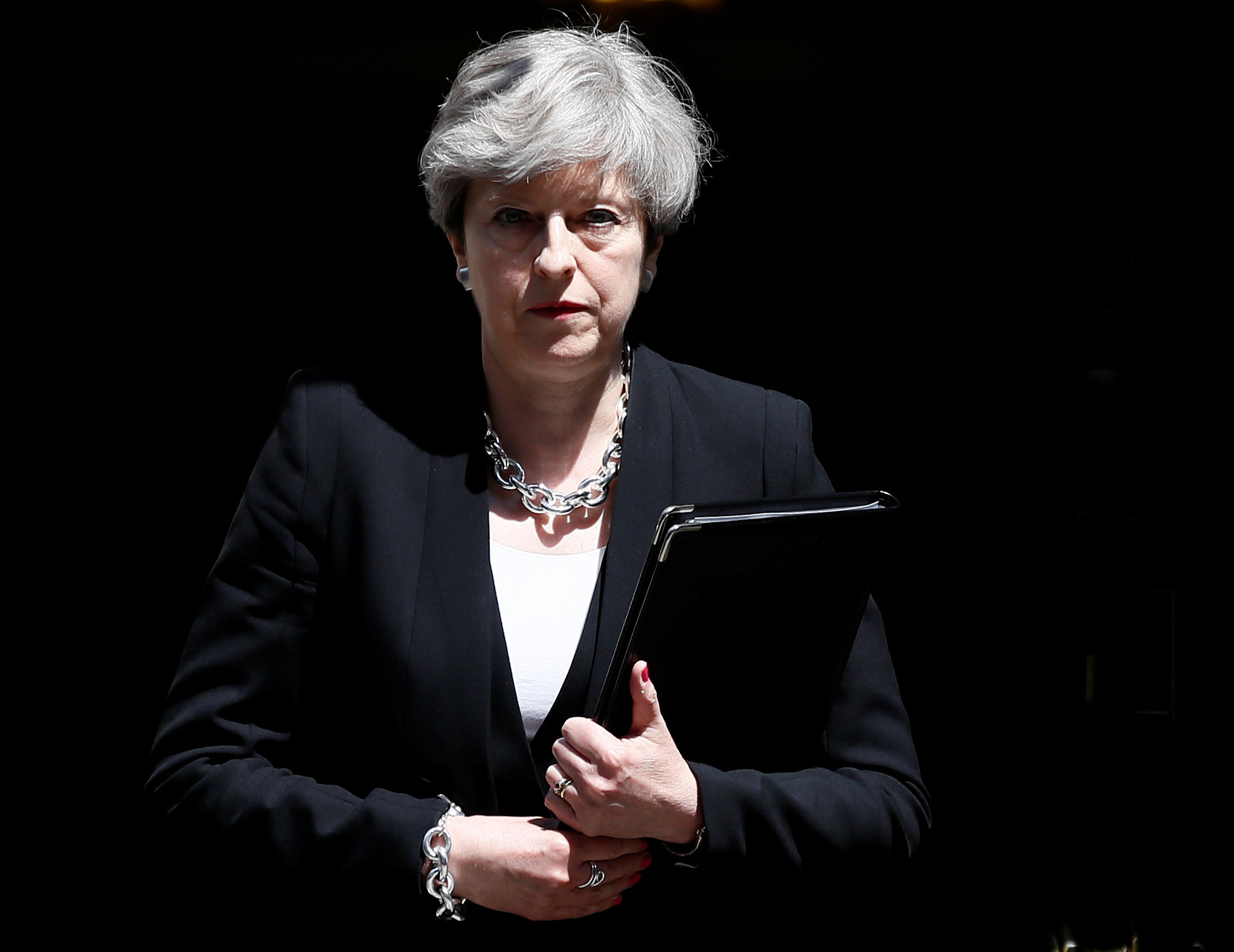 Economic reality is beginning to catch up with the false hopes of many Britons. One year ago, when a slim majority voted for the United Kingdom’s withdrawal from the European Union, they believed the promises of the popular press, and of the politicians who backed the Leave campaign, that Brexit would not reduce their living standards. Indeed, in the year since, they have managed to maintain those standards by running up household debt.
This worked for a while, because the increase in household consumption stimulated the economy. But the moment of truth for the UK economy is fast approaching. As the latest figures published by the Bank of England show, wage growth in Britain is not keeping up with inflation, so real incomes have begun to fall.
As this trend continues in the coming months, households will soon realise that their living standards are falling, and they will have to adjust their spending habits. To make matters worse, they will also realise that they have become over-indebted and will have to deleverage, thus further reducing the household consumption that has sustained the economy.
Moreover, the BoE has made the same mistake as the average household: it underestimated the impact of inflation and will now be catching up by raising interest rates in a pro-cyclical manner. These higher rates will make household debt even harder to pay off.
The British are fast approaching the tipping point that characterises all unsustainable economic trends. I refer to such a tipping point as “reflexivity” – when both cause and effect shape each other.
Economic reality is reinforced by political reality. The fact is that Brexit is a lose-lose proposition, harmful both to Britain and the EU. The Brexit referendum cannot be undone, but people can change their minds.
Apparently, this is happening. Prime Minister Theresa May’s attempt to strengthen her negotiating position by holding a snap election badly misfired: she lost her parliamentary majority and created a hung parliament (no single party has a majority).
The primary cause of May’s defeat was her fatal misstep in proposing that elderly people pay for a substantial portion of their social care out of their own resources, usually the value of the homes that they have lived in all of their lives. This “dementia tax,” as it became widely known, deeply offended the core constituency, the elderly, of May’s Conservative Party. Many either did not vote, or supported other parties.
The increased participation of young people was also an important contributing factor in May’s defeat. Many of them voted for Labour in protest, not because they wanted to join a trade union or because they support Labour leader Jeremy Corbyn (although he gave an unexpectedly impressive performance throughout the campaign).

The attitude of Britain’s young people to the single market is diametrically opposed to that of May and supporters of a “hard” Brexit. Young people are eager to find well-paying jobs, whether in Britain or elsewhere in Europe. In that respect, their interests correspond with the interests of the City of London, where some of those jobs are to be found.
If May wants to remain in power, she must change her approach to the Brexit negotiations. And there are signs that she is prepared to do so.
By approaching the negotiations that will start on June 19 in a conciliatory spirit, May could reach an understanding with the EU on the agenda and agree to continue as a member of the single market for a period long enough to carry out all the legal work that will be needed. This would be a great relief to the EU, because it would postpone the evil day when Britain’s absence would create an enormous hole in the EU’s budget. That would be a win-win arrangement.
Only by taking this path can May hope to persuade Parliament to pass all the laws that need to be in place once the Brexit talks are completed and Britain withdraws from the Union. She may have to abandon her ill-considered alliance with the Democratic Unionist Party in Ulster and side more emphatically with the Tories of Scotland, who are keen on a softer version of Brexit. May will also need to atone for the sins of the Tories in the London borough of Kensington with regard to last week’s Grenfell Tower fire, in which at least 30 people, and perhaps many more, lost their lives.
If May embraces such a platform, she could then carry on leading a minority government, because nobody else would want to take her place. Brexit would still take at least five years to complete, during which time new elections would take place. If all went well, the two parties might want to remarry even before they have divorced. - Project Syndicate