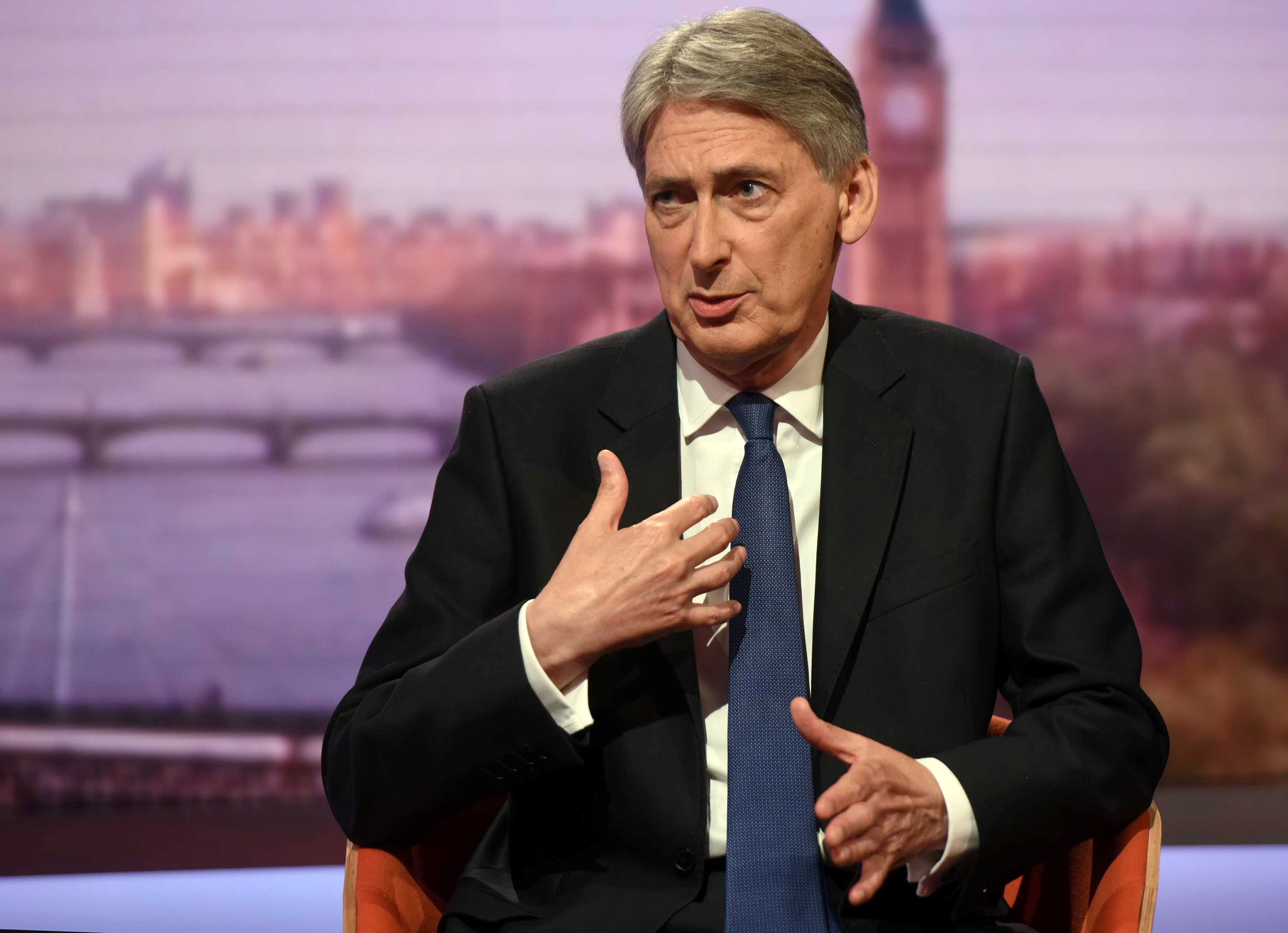 London: Sidelined for months by his boss Theresa May, Britain's finance minister Philip Hammond has returned to the political frontline, criticising the prime minister over her recent election campaign and calling for pragmatism in Brexit talks that begin on Monday.
In the past few days, the softly spoken Hammond, whose future as Chancellor seemed to hang in the balance before May lost her Conservative party's majority in this month's vote, has made clear the silence he kept during the campaign had ended.
Many in business, concerned that former interior minister May will prioritise controlling immigration over preferential access to the European Union's lucrative single market, hope an emboldened Hammond will mean their voices are listened to.
A representative of a leading business group said access to government was improving. "It's early days still, but we've had more access in the last week to government quite broadly than we did in the previous four or five months."
Hammond was kept out of the Conservatives' election campaign after a backlash over his plan to raise taxes on entrepreneurs. The imminent sacking of a man nicknamed "the undertaker" for his dry manner was openly discussed in the ruling party.
But he was reappointed after the vote and appeared on several political talk shows on Sunday. When one interviewer asked if he had been locked in a cupboard during the campaign by May's aides, he said with a smirk: "Not quite in a cupboard."
His anger was evident in his criticism of his party for having not focused more on the economy, which has performed more strongly than predicted in the year since Britons voted by a narrow majority to leave the European Union.
"I would have liked to have highlighted our economic record, and I think if we had focused on that we probably would have done better in the election than we did," Hammond told the BBC, echoing earlier comments to Reuters.
Such criticism would have been unthinkable before the June 8 election, in which the Labour Party under Jeremy Corbyn capitalised on its opposition to austerity cuts, leaving May scrambling to shore up a minority government.
Hammond has no direct part in Brexit talks which begin in Brussels on Monday but his new confidence means he is likely to press May and other ministers to prioritise the economy in the complicated negotiations for Britain's EU departure.
"I'm sure business will get a better hearing," a Conservative Party source said on condition of anonymity, while playing down any idea that Hammond might radically change the party's Brexit stance.
Control
That source, and another in the Conservative party, said May's misjudged election gamble had undermined her authority, leaving her in the thrall of the two wings of her party that have differing views for Brexit — "purists" who want a clean break and "remainers" pressing for close ties.
So far she has balanced the two by having ministers from both wings in her top team or cabinet, and by carefully controlling any message on her approach to Brexit, fearful she could give away her hand to EU negotiators.
Hammond is the first of her ministers to break rank.
In Luxembourg last week for a meeting of the 28 EU finance ministers, Hammond underlined that he wanted both the EU and Britain to take a "pragmatic" approach to the talks.
"My clear view, and I believe the view of the majority of people in Britain, is that we should prioritise protecting jobs, protecting economic growth, protecting prosperity as we enter those negotiations and take them forward," he said.
But on Sunday, he also backed up May's approach, saying Britain would leave the single market and the customs union that sets external tariffs for goods imported into the bloc.
"The question is not whether we are leaving the customs union, the question is what do we put in its place in order to deliver the objectives which the prime minister set out," he told the BBC's Andrew Marr show.
‘Huge evolution’
May has said she is open to some kind of association agreement with the customs union and wants to avoid any so-called 'cliff-edge' into uncertain trading conditions, but she has also said Britain must be able to control immigration - something it cannot do while a member of the EU.
What concerned companies most was May's threat to walk away from the talks if they did not go her way — a pledge made to reassure eurosceptics in her party that she would not crumble.
Hammond may go some way to soften that and could find an unlikely ally in Brexit minister David Davis, whose earlier criticism of businesses for hiring foreigners has also troubled companies. "(Davis) has shown a "huge evolution"," a Western diplomat said, adding that the Brexit minister seemed to be well on top of his brief.
For now, both men, and the rest of the Conservative party, appear to be backing May, despite media speculation that rivals were lining up to take her place. Asked how long the prime minister would remain in office, Hammond dodged the question.
"Theresa is leading the government and I think the government needs to get on with the job," he said.