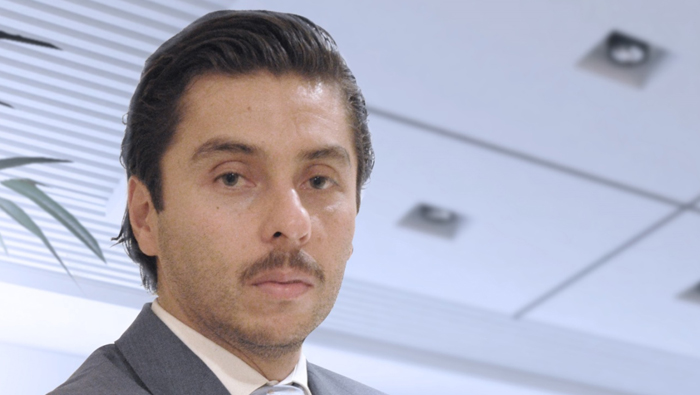 Muscat: Crystal Lagoons, the multinational water innovation company and developer of the “world’s top amenity”, is in discussion with several prominent real estate developers in Jordan in a bid to increase the number of the crystal-clear lagoons in the country’s Aqaba and Dead Sea areas.
The cutting-edge technology is already making a huge impact in the Middle East and Africa, including the multi-million-dollar project located in the Al-Rama area of Jordan, just 30 minutes from Amman at the Lagoon Hotel and Resort, the 13 signed developments in Egypt, two in the UAE and talks taking place for further projects in Saudi Arabia, Qatar, Oman and Dubai to bring the limitless sized lagoons with low construction and maintenance costs to the region.
Crystal Lagoons is keen to capitalise on the burgeoning tourism market as individual overnight visitors in 2016 were around 3.86 million, registering a 2.6 per cent increase compared to 2015, while group overnight visitors were around 314,000, registering a 20 per cent increase over the same period, according to the ministry’s figures.
The country’s real estate market is also predicting a boost – according to the International Monetary Fund, Jordan’s economy will gather pace over the next few years, with GDP expected to reach 3.3% in 2017 and 4 per cent by 2019. This, combined with government incentives for developers, is expected to have a positive impact on property sales.
Carlos Salas, regional director, Middle East, Crystal Lagoons, said: “The current oversupply in the residential market has put pressure on developers to be more competitive to sell their properties and this includes the amenities offered. Crystal Lagoons adds that wow factor with its ability to bring the idyllic lifestyle of the beach anywhere in the world.”
“In our experience, developers are able to charge a premium on properties overlooking our projects and thus can attain a strong ROI,” he added.
Crystal Lagoons is also looking to take advantage of increased tourist numbers to Jordan.
Visitor arrivals hit 6.4 million in 2016, up 33.5 per cent over the previous year, according to the Ministry of Tourism and Antiquities (MoTA). This increase was partly driven by growth in overnight stays, which reached 3.8 million for solo travellers and 314,000 for groups – increases of 19.9 per cent and 5.7 per cent, respectively.
Salas said: “The Middle East and North Africa region, which represents the third highest global region with more turquoise lagoons in the world, and represents a great opportunity for Crystal Lagoons at a time when investment in property and tourism infrastructure continues to grow. Our portfolio of projects is helping raise awareness and interest for major hubs in the region and a potential presence in Jordan reflects the value that delivering a lagoon project can bring to emblematic leisure destinations across the MENA region.”
And Salas revealed a lagoon in Jordan would not exacerbate the country’s continuing water issues – according to the World Health Organisation, Jordan has one of the lowest levels of water resource availability, per capita, in the world. The cutting-edge technology uses up to 30 times less water than a golf course and half of the water required to irrigate a park of the same size. A manmade lagoon also uses 100 times less chemicals than a traditional filtration system and 98 per cent less energy required by conventional water treatment systems.
He said: “Our technology provides a viable, sustainable solution, despite challenges such as water and energy supply. We can use any kind of water including brackish from underground aquifers, eliminating the need to consume valuable fresh water resources.
“We can also create floating crystal clear lagoons which can be constructed without using land, located in natural or man-made lakes with low water quality. Thanks to these floating lagoons, an idyllic beach paradise can be created and water sports can be practiced in a safe way, giving new value to spaces that could not be used for recreational purposes, the dead sea is a prime example of this.”
Crystal Lagoons has also recently unveiled plans to introduce public access lagoons around the world. Miami will soon have the first privately owned crystal-clear lagoon open to the public through ticket sales. Crystal Lagoons will generate revenue through a percentage of tickets sold.
Crystal Lagoons currently boasts over 600 projects in different development and negotiation stages. in 60 countries worldwide. The company holds two Guinness World Records for the world’s largest manmade lagoon, the first in San Alfonso del Mar, Chile; and Sharm El Sheik, Egypt, which is the current world record holder at 12.2 hectares.