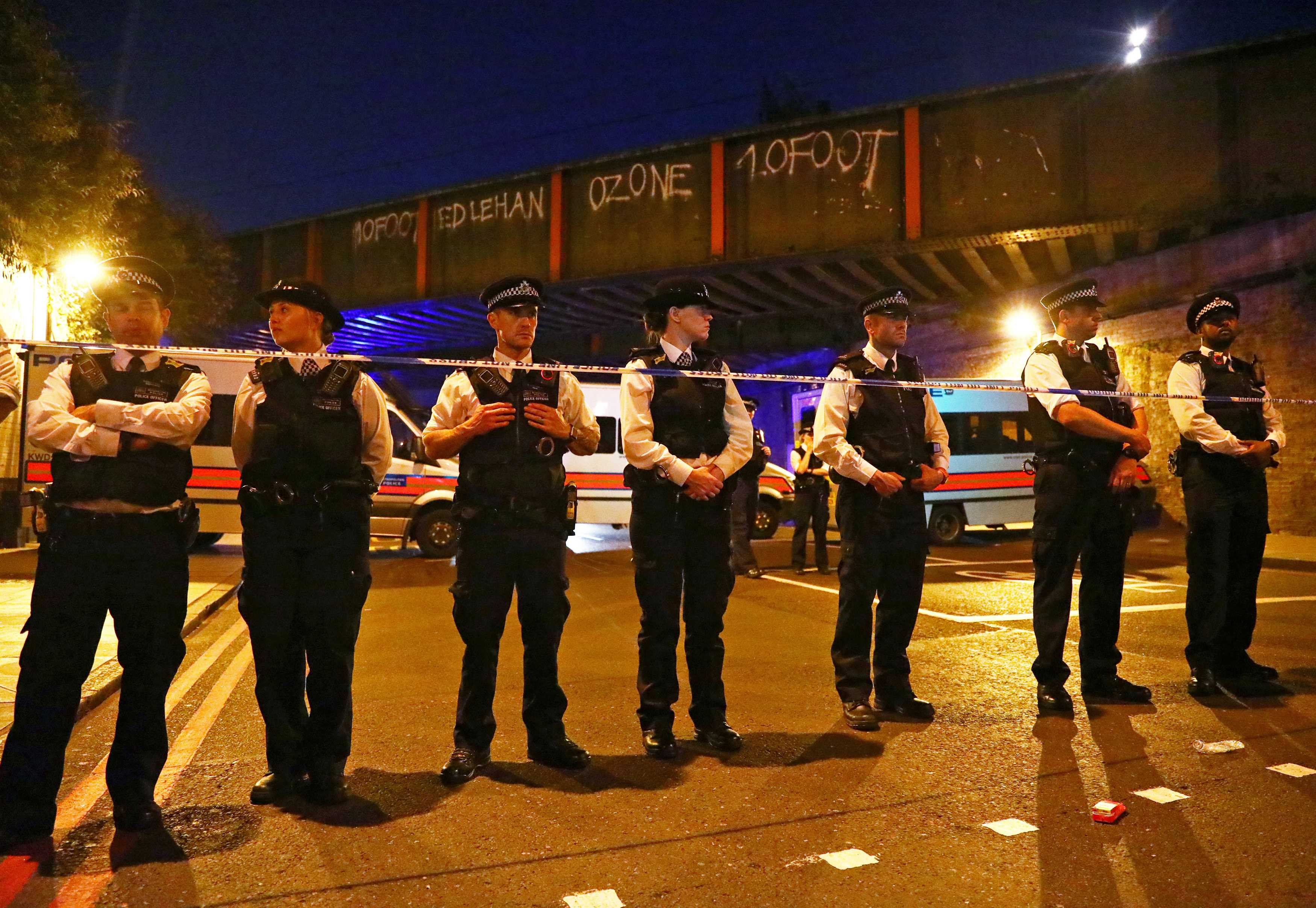 London: A van ploughed into worshippers leaving a London mosque on Monday, killing at least one person and injuring several in what Britain's largest Muslim organisation said was a deliberate act of Islamophobia.
The Muslim Council of Britain said the vehicle hit people as they were leaving the Finsbury Park Mosque, one of the biggest in the country. The attack comes during the Muslim holy month of Ramadan, when people attend prayers at night.
British Prime Minister Theresa May said police had confirmed it was being treated as a potential terrorist attack and said she would chair an emergency response meeting later on Monday.
Police said one man was pronounced dead at the scene and that the van driver, 48, had been detained by members of the public before being arrested. The driver would undergo a mental health assessment in due course, police said.
The London Ambulance Service said it had taken eight people to hospital, while two were treated at the scene.
Prime Minister May said her thoughts were with those injured in "this terrible incident". The leader of the opposition Labour Party, Jeremy Corbyn, said he was "totally shocked".
The Muslim Council said the incident was the most violent manifestation of Islamophobia in Britain in recent months and called for extra security at places of worship as the end of Ramadan nears.
"It appears that a white man in a van intentionally ploughed into a group of worshippers who were already tending to someone who had been taken ill," the council said in a statement.
Police said they were called just after 12:20 a.m. (2320 GMT Sunday) to reports of a collision on Seven Sisters Road, which runs through the Finsbury Park area of north London.
"From the window, I started hearing a lot of yelling and screeching, a lot of chaos outside. ... Everybody was shouting: 'A van’s hit people, a van’s hit people'," one woman who lives opposite the scene told the BBC.
"There was this white van stopped outside Finsbury Park mosque that seemed to have hit people who were coming out after prayers had finished."
The incident comes just over two weeks after three militants drove into pedestrians on London Bridge and stabbed people at nearby restaurants and bars, killing eight. .
It also comes at a time of political turmoil, as Prime Minister May plunges into divorce talks with the European Union weakened by the loss of her parliamentary majority in a June 8 election.
She has faced heavy criticism for her response to a fire in a London tower block on Wednesday which killed at least 58 people, and for her record on security after a series of attacks blamed on militants in recent months.
One witness told CNN it was clear that the attacker at Finsbury Park had deliberately targeted Muslims.
"He tried to kill a lot of people so obviously it's a terrorist attack. He targeted Muslims this time," the witness, identified only as Rayan, said.
Other witnesses told Sky television that the van had hit at least 10 people.
'DELIBERATELY SWERVED'
Miqdaad Versi, assistant secretary general of the Muslim Council of Britain, said the van had deliberately swerved into a group of people who were helping a man who was ill and had fallen to the ground.
"Basically, a van swerved into them deliberately," Versi told Reuters, citing a witness.
He said the driver had run out of the van but a group of people caught him and held him until police arrived.
Britain has been hit by a series of attacks in recent months, including the van-and-knife attack on London Bridge on June 3.
On March 22, a man drove a rented car into pedestrians on Westminster Bridge in London and stabbed a policeman to death before being shot dead. His attack killed five people.
On May 22, a suicide bomber killed 22 people at a concert by American pop singer Ariana Grande in Manchester in northern England.
The attacks were a factor in campaigning ahead of the June 8 election, with Prime Minister May criticised for overseeing a drop of 20,000 in the number of police officers in England and Wales as interior minister from 2010 to 2016.
She was also criticised for keeping her distance from angry residents during her visit to the charred remains of the 24-storey Grenfell Tower.
She said on Saturday the response to the fire, in which at least 58 people were killed on Wednesday, had been "not good enough".
The Finsbury Park Mosque gained notoriety more than a decade ago for sermons by radical cleric Abu Hamza al-Masri, who was sentenced to life in a U.S. prison in January 2015 for his conviction on terrorism-related charges.
A new board of trustees and management took over in February 2005, a year after Abu Hamza was arrested by British police, since when attendance has greatly increased among worshippers from various communities, according to the mosque's website.