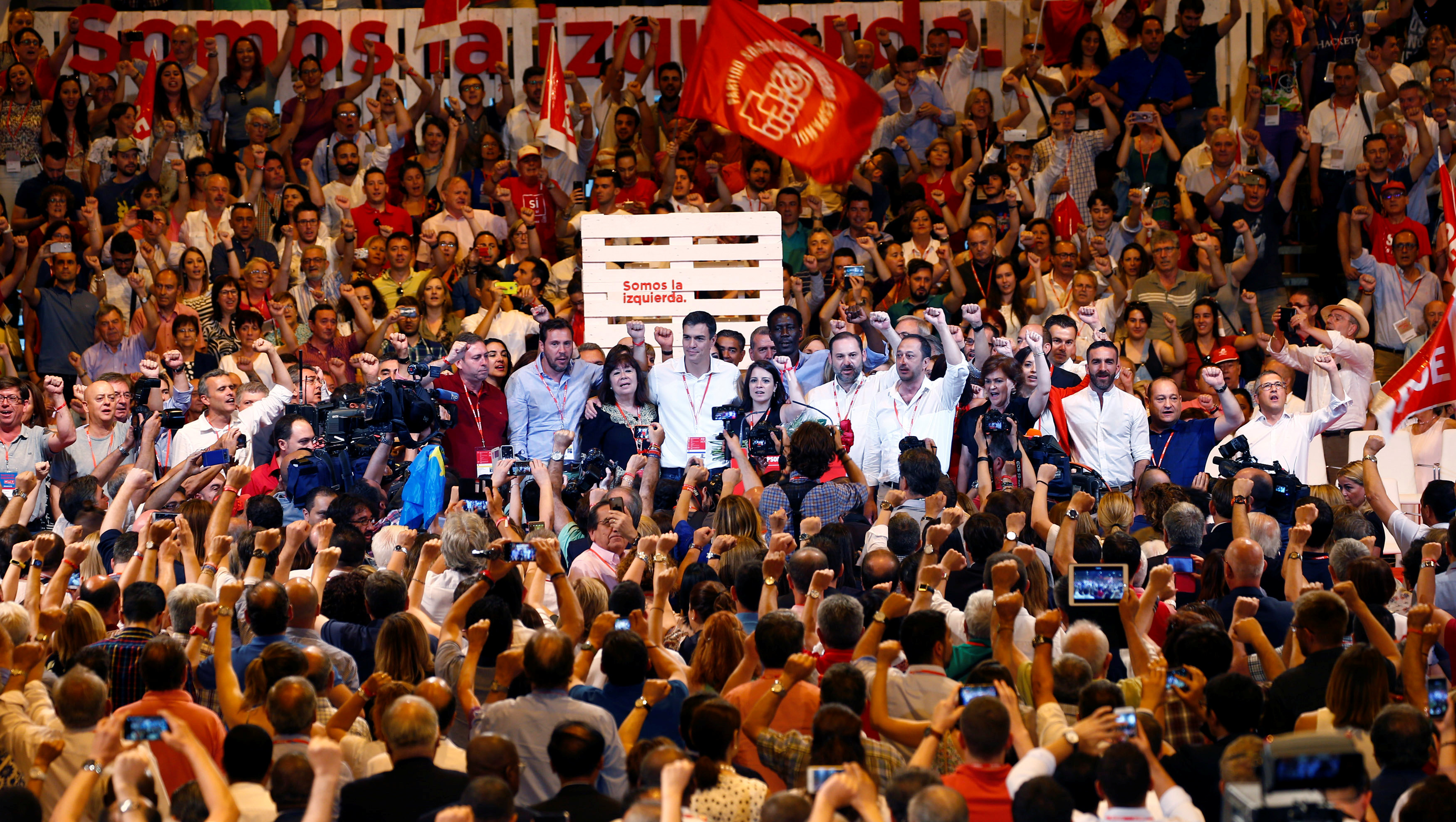 Madrid: Spanish Socialist leader Pedro Sanchez said on Sunday he would launch a new bid to build an alliance with other opposition forces to challenge the conservative minority government, as his centre-left party formally backed his re-appointment.
Sanchez made a surprise comeback in May when grassroots Socialist supporters re-elected him as leader eight months after he was ousted in an internal party rift.
Socialist delegates rubber-stamped his appointment at a meeting on Sunday, after months of turmoil following poor results in two inconclusive national elections in 2015 and 2016.
The Socialists came second behind the conservative People's Party (PP) of Prime Minister Mariano Rajoy in those two ballots, but their score was severely dented as voters switched to a newer leftist rival, Podemos ("We Can").
Sanchez's attempts early last year to forge an alliance with Podemos and other parties fell flat, but on Sunday he urged rivals to unite against Rajoy in a fragmented parliament.
"We have an opportunity to come together every week with other parties in parliament to reverse and to dismantle a big part of the laws passed by the PP," Sanchez told cheering party members in Madrid.
He said he would take aim at a PP labour reform which was criticised by unions for weakening workers' rights, and added that the Socialists would form a group with other parties to coordinate which laws to block or undo.
"I will work tirelessly to build an alternative parliamentary majority to end this dark period of PP government," Sanchez said.
Opposition forces have passed symbolic motions together and united to stall an education reform.
But Rajoy, in his second term in power, has still been able to pass measures such as a budget for 2017.
Efforts to unseat him have failed.
A motion of no-confidence filed by Podemos against Rajoy was voted down last week.
Sanchez did not mention on Sunday any plans to present one himself. Podemos and centrist Ciudadanos ("Citizens") - the third and fourth-biggest forces in parliament - disagree on economic policies and on how to deal with an independence drive in the region of Catalonia.
In the past, Sanchez shunned trying to get support from Catalan pro-independence parties.
The next test for Sanchez and Rajoy will come during negotiations for the 2018 budget this summer.
The PP plans to raise the national spending limit for the first time in three years as economic growth powers ahead, El Pais reported on Saturday.