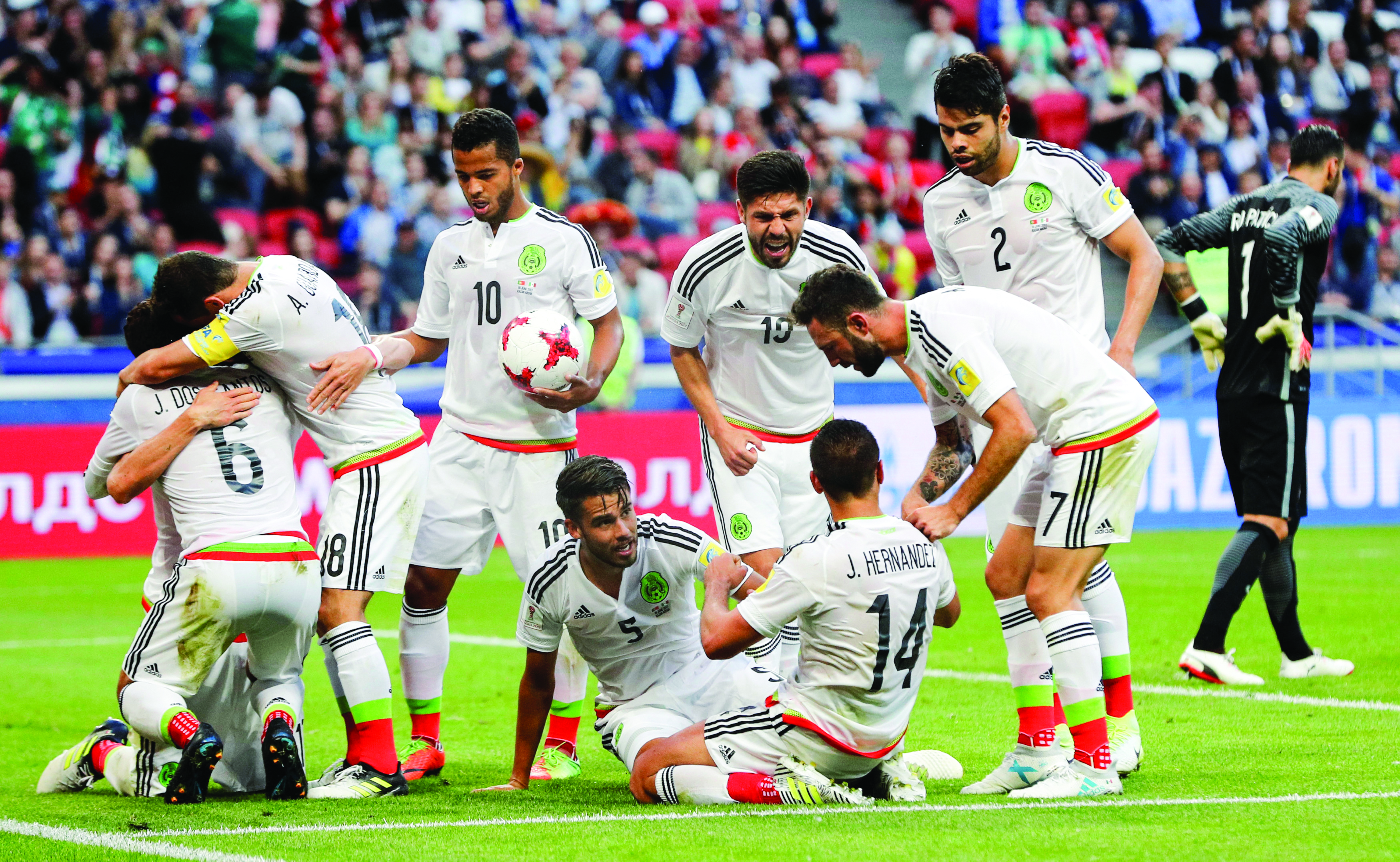 Kazan: Mexico claimed a 2-2 draw with Portugal in their Confederations Cup opener on Sunday with a last-gasp equaliser by Hector Moreno after Cedric seemed to have won the game for the European champions with a goal five minutes from time.
Portugal had an early effort controversially disallowed by the video referees but they eventually took the lead after 34 minutes through Ricardo Quaresma after a mistake by Carlos Salcedo let Cristiano Ronaldo through on goal.
The Portugal captain could not control the ball to shoot but his brilliant pass between three defenders left Quaresma free to round keeper Guillermo Ochoa and tap into the empty net.
Mexico equalised eight minutes later through a Javier Hernandez diving header after poor defending by the Portuguese. Raphael Guerreiro miskicked a cross into the box, allowing Carlos Vela to play the ball back in for Hernandez to score.
Portugal looked to have won when Cedric fired home a deflected shot but Moreno headed home a corner in added time to give Mexico a share of the points.
"I think we were superior, we created more chances and we leave the field frustrated," Cedric said. "We were always more dangerous than them, both in our organised play and on the counter attack."
Although Mexico had more possession, Ochoa was the busier of the two keepers and the Europeans could have taken all three points had the Video Assistant Referees (VAR) not controversially disallowed Nani's first-half goal for offside.
Ronaldo smacked a long-range shot onto the bar and Nani picked up the rebound to volley home. However, the VAR disallowed the goal for an offside infringement earlier in the move.
The result leaves both sides tied for second place in Group A, behind hosts Russia who top the group after beating New Zealand 2-0 on Saturday in St. Petersburg.
Russia play Portugal and Mexico take on New Zealand on Wednesday.