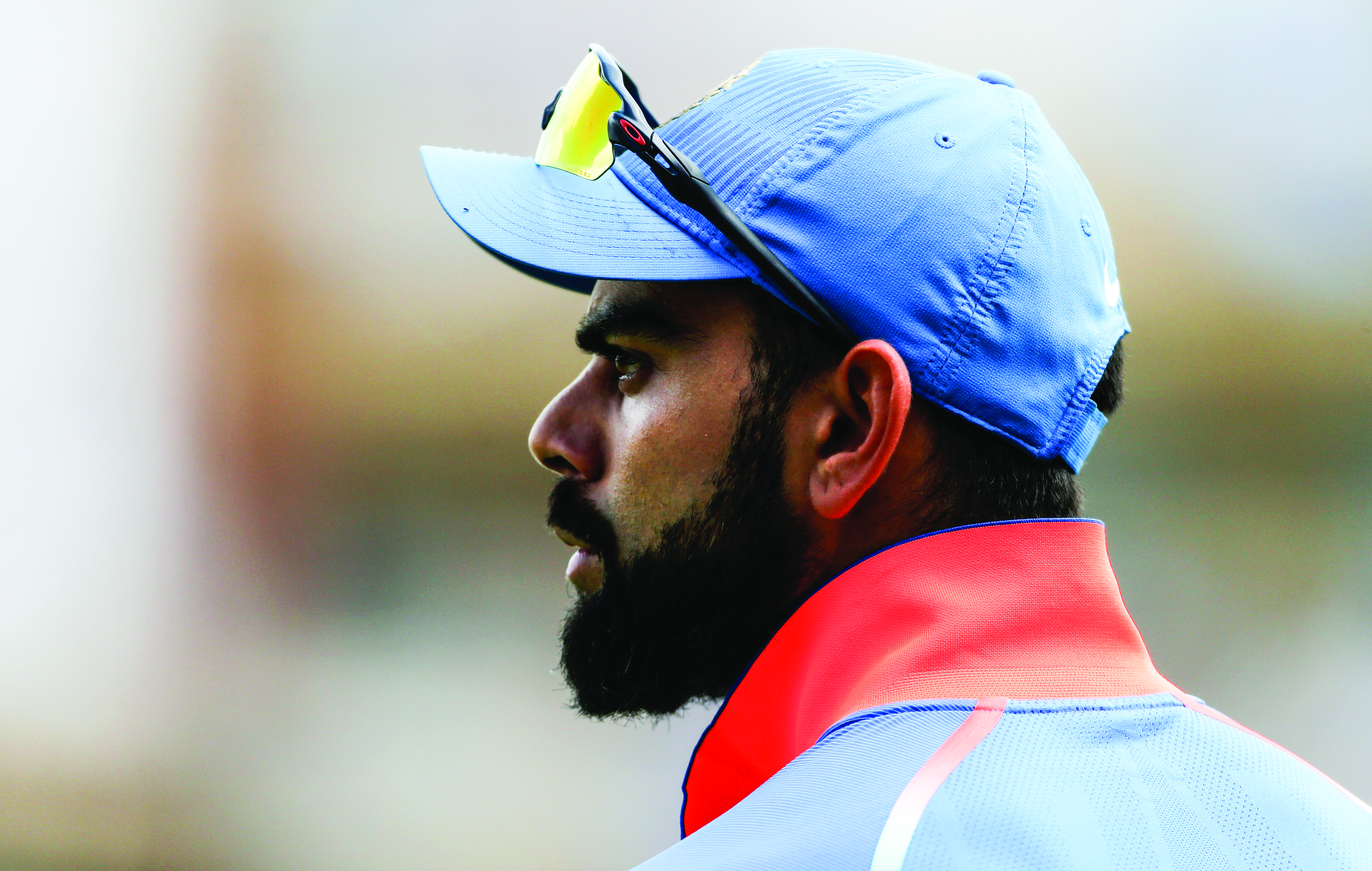 London: India captain Virat Kohli defended his decision to bowl on a flat track and said a lucky reprieve for centurion Fakhar Zaman proved to be a costly one in the Champions Trophy final against Pakistan here on Sunday.
"Small margins can be massive but we've only lost a game of cricket, we need to move forward and learn from our mistakes. The pitch was consistent throughout, we backed out strengths (to chase)," said Kohli after Pakistan outplayed India by 180 runs to win their maiden Champions Trophy.
Zaman was batting on four when he edged one to MS Dhoni before the umpires checked that bowler Jasprit Bumhrah had overstepped.
Kohli also said he backed his boys to chase in the title clash.
"We can't take anyone lightly but they were more intense and passionate on the day. With the ball we could have had a few more wicket-taking opportunities."
"We tried to do out best, but even with the ball, they were aggressive, we didn't show any resistance apart from Hardik, who's knock was outstanding," he said.
Despite the heavy loss, Kohli had a smile on his face.
"I want to congratulate Pakistan, they had an amazing tournament, the way they turned things around, speak volumes for the talent they have."
"They proved it again, they can upset anyone on their day, disappointing for us but I have a smile on my face because we played well to reach the final," Kohli added.
Focus shifts to World Cup
Pakistan captain Sarfraz Ahmed was all praise for his team for staging a dramatic comeback after the loss to India in the league stage.
"After the India match I said to my boys, the tournament is not finished yet. We played very well and now we have won the final," he said.
On Zaman, he said: "He's a great impact player, in his first ICC event, he played like a champion, he can be a great player for Pakistan.
"All credit goes to my bowlers, Mohammed Amir, Hasan Ali, Shadab Khan, Junaid Khan, Mohammed Hafeez, they bowled really well."
"It's a young team, credit goes to my boys, this tournament can be a great booster for us. We played like we had nothing to lose, now we are champions," said Sarfraz.
Pakistan coach Mickey Arthur too was a happy man.
"It has been an up and down ride. After the India game, we came back superbly. We knew we were better than that. The whole group came together and kept believing and that was a superb thing. We wanted to be a lot more consistent. It has been a remarkable achievement," said Arthur.
Arthur said the focus now shifts to 2019 World Cup.
"We have got a group of young players. We are on the right track, everything is going right at the moment. I am happy with the brand of cricket we have been playing and want to continue the momentum."
"We have got two years until 2019. We have got enough points and now we do not have to go through qualifying, we want to work hard from here. We have to identify the players we want to take forward," he added.