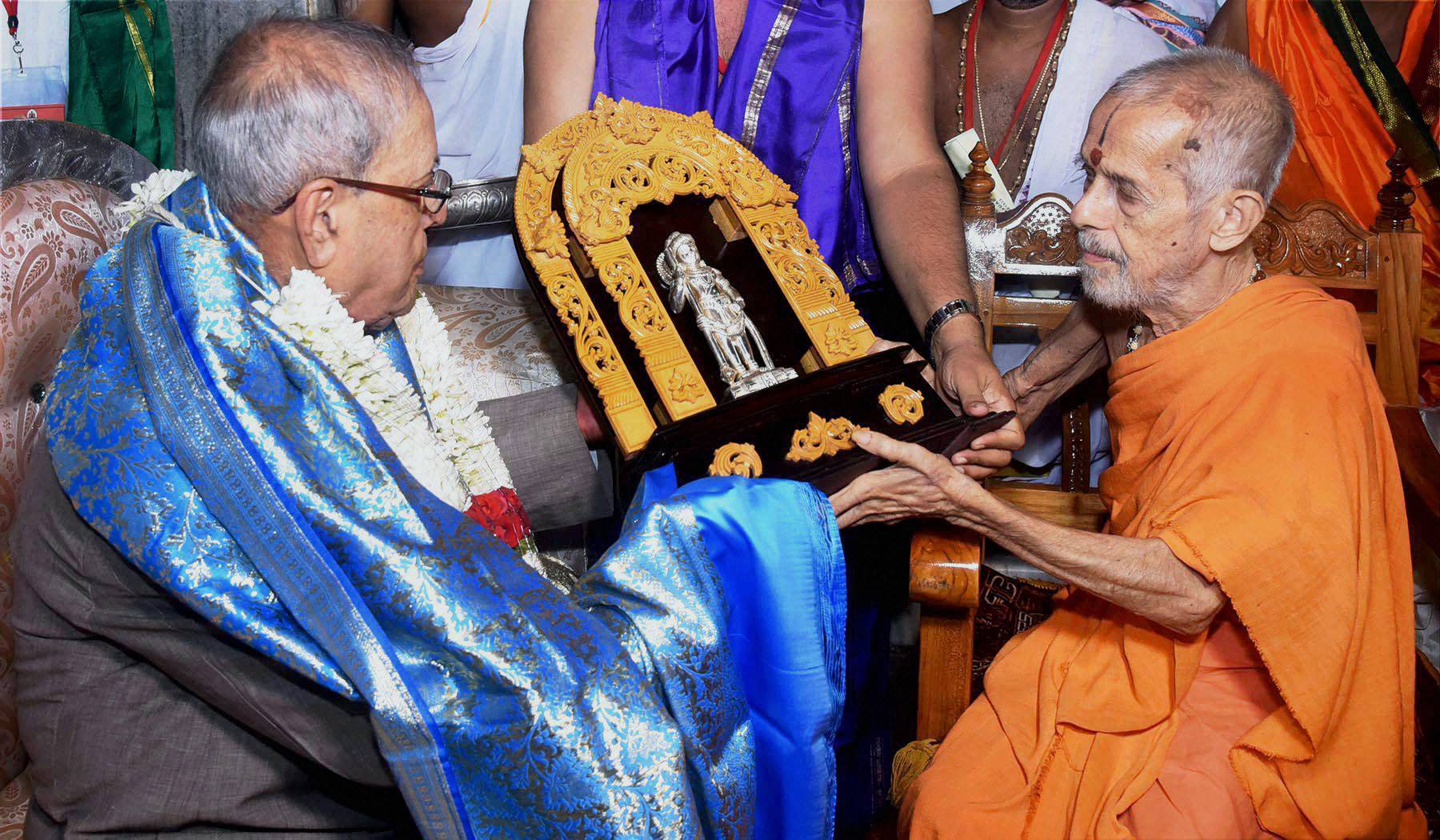 Udupi (Karnataka): President Pranab Mukherjee on Sunday lamented the lack of health care infrastructure and staff in the country, particularly in rural areas, and expressed hope that more investments would help bridge the gap.
After laying the foundation stone for a super speciality hospital here, he said creating better health infrastructure through investments has helped cure several diseases but "there remains a huge gap yet". The president said, the country requires not only accessible but affordable medical facilities.
"Against the international norm of a doctor per thousand population, we have one doctor for 1,700 people in our country," he rued. "No civilised society can tolerate this," he said. The situation is more alarming in rural India where the shortage of surgeons is estimated to the tune of 83 per cent. The overall shortage translates to 81.2 per cent as on 2015.
The president offered solutions to help overcome some of the challenges. He suggested the situation requires increasing the number of medical colleges and engagement of corporate sector, especially in rural areas. He asked people to think about the kind of health care system they want - a commercial, profit-driven one or a system compatible with the socio-economic conditions of society.
The president also condemned attacks on doctors, medical staff and vandalism of health institutions. "This is no way...If you can't trust doctors whom can you trust?" The region has witnessed protests by medical professionals over the issue in the recent past.

Mukherjee also visited the 800-year-old Sri Krishna Temple in Udupi. The temple was renovated with wooden craft a month ahead of the presidential visit, said K. R. Shashank Bhatt, a disciple of the 88-year-old head priest at the temple. Later, Mukherjee also prayed at the Mookambika temple in Kollur, a little over 70 kilometres from here. The distance was covered by road.
Mookambika temple is the only temple dedicated to deity Parvati. Deity Mookambika is in the form of Jyotir-Linga which combines both Shakti and Shiva. Kollur is a small village of about 6 sq kms in area at the foot of the Western Ghats. Udupi is considered a fertile ground for the banking sector and is the birthplace of the Syndicate Bank and the Corporation Bank.
Karnataka's coastal city is also known for its cuisines and temples.