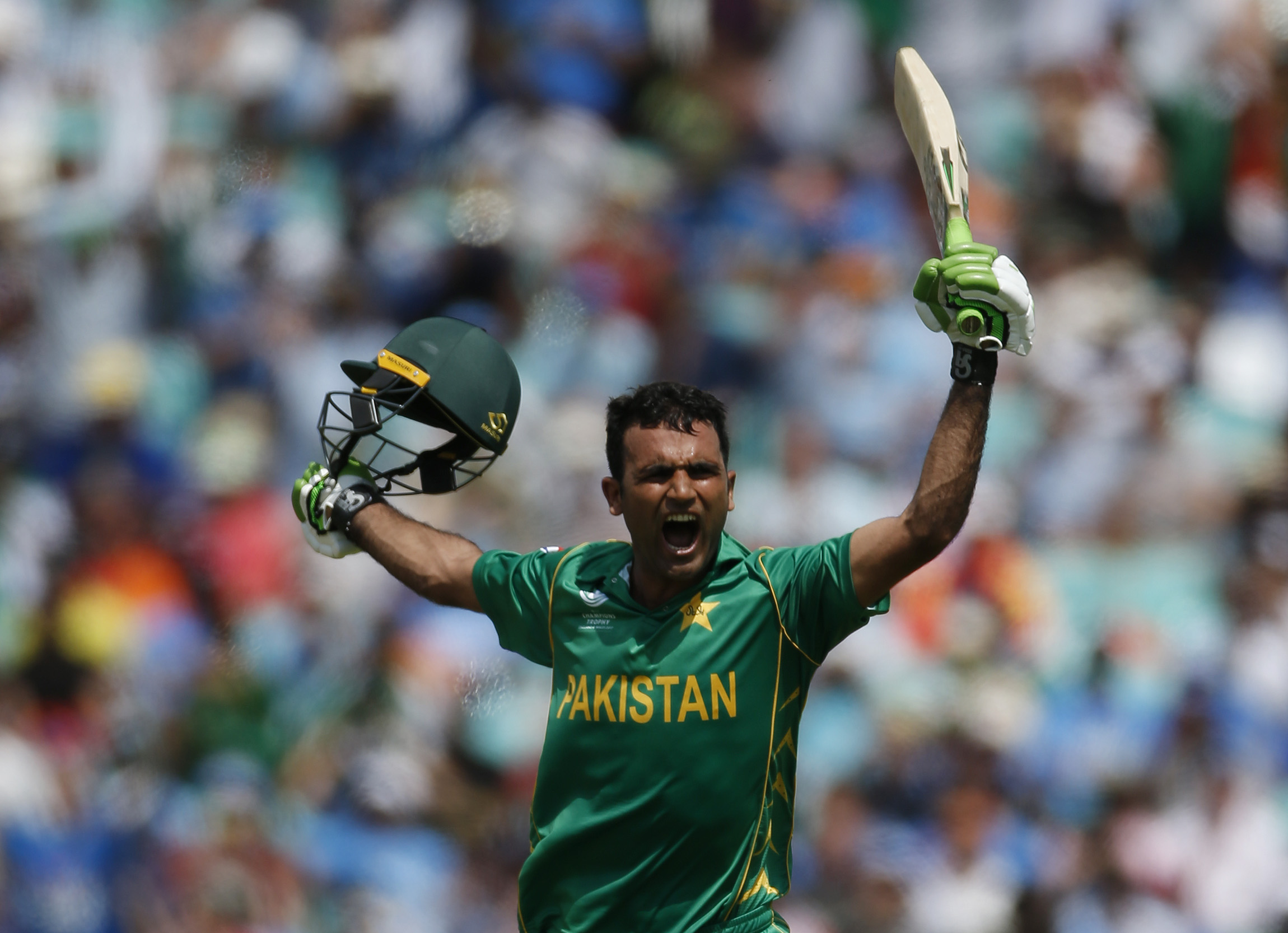 London: Fakhar Zaman capitalised on a lucky escape to strike a superb 114 and lift Pakistan to a commanding total of 338 for four in the Champions Trophy final against arch-rivals India at The Oval on Sunday.
Fakhar shared a fluent century opening partnership with Azhar Ali (59) and unleashed a barrage of attacking strokes all around a sun-kissed ground to give Pakistan real hope of upsetting the defending champions.
India will feel aggrieved as Fakhar, on three, was caught by wicketkeeper Mahehdra Singh Dhoni off a Jasprit Bumrah no-ball and the 27-year-old left-hander took full advantage to reach his first international century.
Azhar also continued his fine form in the tournament, reaching his fifty off 61 balls before he was run out following a mix-up with his partner.
Babar Azam joined Fakhar, who lofted Ravindra Jadeja over long-on for six and got to three figures by sweeping Ravichandran Ashwin to the boundary.
He celebrated with an extravagant twirl of his bat and kissed the turf as the Pakistan supporters sensed an unlikely win for the lowest-ranked team going into the tournament who lost heavily to India in the group stage.
Fakhar hit 12 fours and three sixes before skying a catch off Hardik Pandya but Pakistan, who upset hosts England in the semifinals, had the perfect platform to make the highest total in a Champions Trophy final.
Babar chipped in with a solid 46 and Mohammed Hafeez struck three sixes in a punchy unbeaten 57 that left India needing to produce the highest successful run chase in the tournament's history to lift the trophy for the third time.
Brief scores: Pakistan 338 for 4 in 50 overs (Fakhar Zaman 114, Azhar Ali 59, Mohammed Hafeez 57, Babar Azam 46; Bhuvneshwar Kumar 1/44).