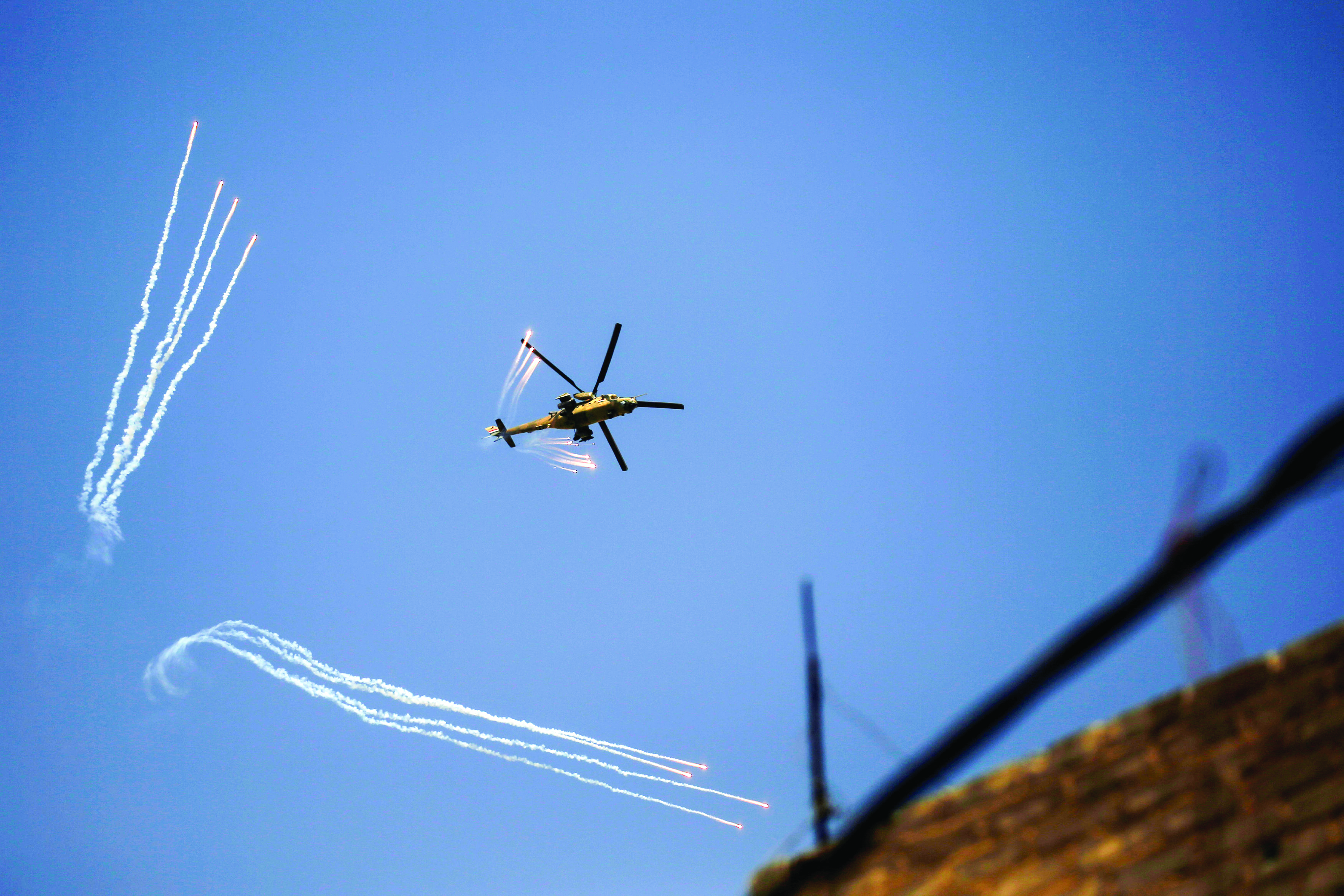 Mosul: Iraqi forces began storming the IS-held Old City of Mosul on Sunday, an assault they hope will be the last in the eight-month campaign to seize the militants' stronghold.
The historic district is the last still under control of the militants in the city, which used to be the Iraqi capital of the group.
"Iraqi forces early this morning breach into old Mosul, the final ISIS-held (IS) district in the city," Brett McGurk, the U.S. envoy to the international coalition fighting IS, said on Twitter. "We are proud to stand with them."
It is a densely-populated maze of narrow alleyways where fighting is often conducted house by house.
About 100,000 civilians remain trapped there in harrowing conditions, with little food, water and medicine and limited access to hospitals, according to the United Nations.
"This will be a terrifying time for around 100,000 people still trapped in Mosul's Old City ... now at risk of getting caught up in the fierce street fighting to come," the International Rescue Committee (IRC) said in a statement.
"This is the final chapter" in the offensive to take Mosul, said Lieutenant General Abdul Ghani Al Assadi, commander of the Counter Terrorism Service (CTS) elite units spearheading the assault.
A U.S.-led international coalition is providing air and ground support to the campaign.
Several air strikes during the day hit a medical complex located just north of the Old City, alongside the western bank of the Tigris river, a Reuters TV reporter said.
Armoured vehicles were heading toward the frontline north of the Old City as shelling and gunfire could be heard.
The medical complex, housing the two biggest hospitals of Mosul, is still held in part by the militants who are using its buildings as sniper outposts.
IS' security services chief in the Old City, Kanaan Jiyad Abdullah, also known as Abu Amna, was killed in the morning clashes, Hisham Al Hashimi, who advises several Middle East governments on IsS affairs, told Reuters.
The Iraqi government initially hoped to take Mosul by the end of 2016, but the campaign took longer as militants reinforced positions in the middle of civilians to fight back.
IS is also using suicide car and motorbike bombs, booby traps and sniper and mortar fire against the troops.
"The buildings of the old town are particularly vulnerable to collapse even if they aren't directly targeted, which could lead to even more civilian deaths than the hundreds killed so far in air strikes across the rest of the city," the IRC said.
"We are trying to be very careful, using only light and medium weapons ... to avoid casualties among civilians," CTS commander Major General Maan Saadi told Iraqi state TV.
Hundreds of civilians were killed near the frontlines in the past three weeks while fleeing the Old City, as Iraqi forces could not fully secure exit corridors.
"We expect thousands of families to escape from the Old City. We made all preparations to evacuate them from the frontlines," army colonel Salam Faraj told Reuters.
IS snipers are shooting at families trying to flee on foot or by boat across the Tigris River, as part of a tactic to keep civilians as human shields, the United Nations said on Friday.
The Iraqi army estimates that the number of S militants in the Old City does not exceed 300, down from nearly 6,000 when the battle of Mosul started on October 17.
"The operation now is about street fighting. Air and artillery strikes will be limited because the area is heavily populated and the buildings fragile," CTS spokesman Sabah Al Numan told Al Hadath TV in Dubai.
Iraqi government forces regained eastern Mosul in January, then a month later began the offensive on the side located west of the Tigris, which includes the Old City.
The fall of Mosul would, in effect, mark the end of the Iraqi half of the "caliphate" that S leader Abu Bakr Al Baghdadi declared in a speech from a mosque in the Old City three years ago and that had covered parts of Iraq and Syria.
The group is also retreating in Syria, mainly in the face of a U.S.-backed, Kurdish-led coalition. Its capital there, Raqqa, is being besieged.
Baghdadi has left the fighting in Mosul and Raqqa to field commanders, to become effectively a fugitive focused on his own survival in the border area between Iraq and Syria.
U.S. air strikes have killed several commanders of the group over the past two years, including Abu Omar Al Shishani, a top military commander, chief propagandist Abu Mohammed Al Adani and Abu Ali Al Anbari, the former top civilian administrator.
About 200,000 people were estimated to be trapped behind IS lines in Mosul in May, but the number has declined as government forces have thrust further into the city.
About 850,000 people, more than a third of the pre-war population of the northern Iraqi city, have fled, seeking refuge with friends and relatives or in camps, according to aid groups.