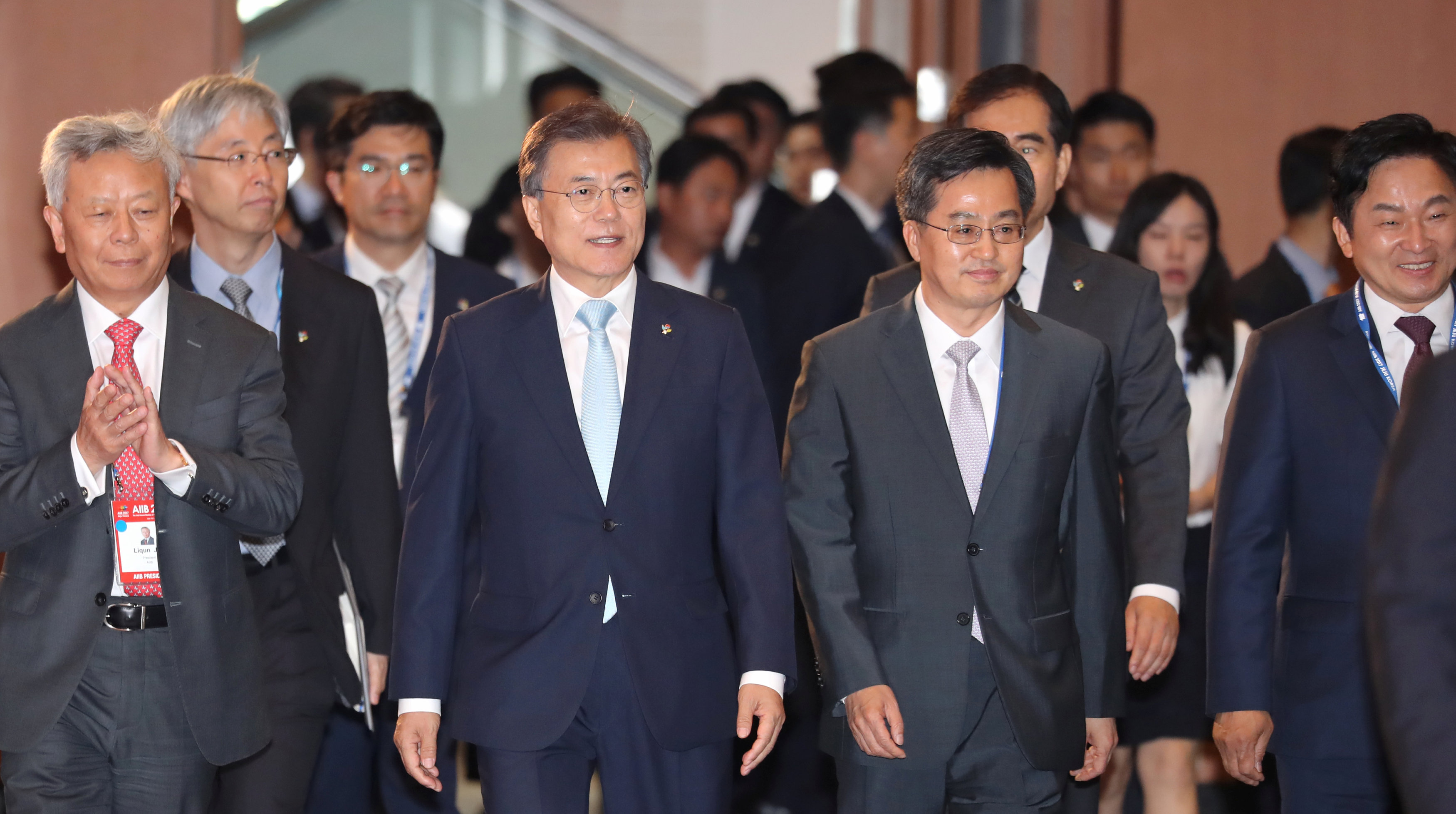 Jeju (South Korea): Leaders of the China-backed Asian Infrastructure Investment Bank (AIIB) touted its growing membership and commitment to sustainable development at its annual meeting, even as environmental groups were disappointed by its openness to investing in coal projects.
The AIIB, which has 80 member countries, was set up to help meet the estimated $26 trillion need for infrastructure spending in Asia through 2030, while also demonstrating that a China-led institution can meet international standards for best practice.
The United States and Japan, both members of the Manila-based Asian Development Bank (ADB), have not joined the AIIB.
The AIIB has pledged to use its investments to help members fulfill their commitments to the Paris climate accord, which the United States is withdrawing from under President Donald Trump.
"We will not consider proposals if we are concerned about the environmental and reputational impact," AIIB president Jin Liqun, a former vice president at the ADB, said Friday at the opening ceremony.
But the bank did get pushback from environmental groups about its commitment to being green, with several NGOs saying they were disappointed the bank's new energy industry strategy, adopted Thursday, left the door open for coal sector investment.
"I have a hard time reconciling in the energy strategy a statement that says up front the purpose of the energy strategy is to help countries meet their commitments under the Paris agreement, with 'we're going to finance coal projects'," said Andrew Deutz of the Nature Conservancy. Jin said that after many rounds of discussion on the bank's energy policy, "this is the best we can achieve", adding there are no new coal projects in its pipeline of investments.
Other groups saw improvement over the last year in how the bank engages with NGOs.
"We thought this was a really interesting opportunity to see if this new institution can foster a race to the top in terms of creating strong sustainable credit practices, or foster a race to the bottom," said Katherine Lu of Friends of the Earth.
"I think the jury is still out," she said.
Beijing tool?
The AIIB, China's first effort to launch a multilateral development organisation, has been careful publicly to put distance between itself and Chinese government policy as it looks to placate concerns it will be a tool of Beijing's foreign policy.
AIIB president Jin said "there's been some confusion" about the relationship between AIIB and China's huge "Belt and Road" infrastructure development and foreign policy initiative.
"We operate by our standards, by our governance. The Belt and Road is a marvellous programme ... but we have our standards," he told a Saturday news conference on the South Korean holiday island of Jeju.
The meeting's venue was chosen before a dispute between South Korea and China over Seoul's decision last year to host a US anti-missile system. China has clamped down on its citizens visiting South Korea, which has squeezed tourism on Jeju, local businesses said.
The bank began operations 18 months ago and has approved $2.5 billion in loans. It expects that to reach about $4 billion by the end of this year. By comparison, the ADB made $17.74 billion in commitments last year.
AIIB has about 100 staff, which some meeting attendees said limits the depth of sector expertise and leads it to rely on partners to carry the load on project assessments. The bank said it is ramping up hiring but did not give target numbers.
By comparison, the ADB has 2,000 employees and the World Bank has more than 10,000.
"Because of that leanness, AIIB is more contributing to deals that were originated by others," said Nena Stoiljkovic, vice president for blended finance and partnerships at the World Bank’s International Finance Corporation and the most senior World Bank official to attend the AIIB meeting.
"But I hope to see them, in the next year or so, more on the origination side where we could get into some of those deals," she said.