Hard or soft Brexit aside, pound nervous of economic slowdown 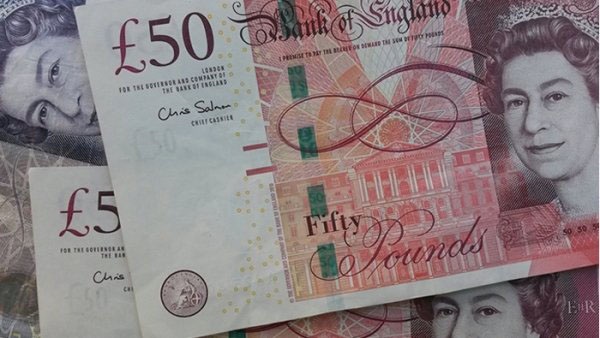 London: Last week's shocking British election result and the period of political uncertainty that looks set to follow may have come at the worst of times for the country's economy and the value of the pound sterling.
Until 10pm London time last Thursday, Prime Minister Theresa May's decision to call the snap poll did not look like a pivotal point for the most-sold major currency of last year. Sterling lost almost a fifth of its value between June 2016, when Britons voted to leave the European Union, and November.
Many had begun to assume that would be the full extent of the "Brexit discount" demanded by overseas investors to keep faith with the world's fifth-largest economy. But May's loss of her majority drove a 2 per cent fall in the pound on Friday and another 1 per cent on Monday, and traders now say the election could prove another turning point for sterling.
After the biggest-ever move in favour of the pound in the four weeks to mid-May, market positioning has reversed. For many strategists, the election result not only makes the likely shape of Brexit even more uncertain, it also creates a political hiatus that risks the sort of sudden stop to economic activity that many feared would follow last year's referendum.
"Markets are still trying to work out what the new risk premium is for sterling," says James Binny, head of currencies at U.S. financial group State Street Global Advisors in London. "If the Conservatives back a softer Brexit, sterling would seem to want to go up. But if it became much clearer that things were heading downhill from a growth perspective, then that might create a bigger move down."
Markets now assume May's failure to secure her party a majority will lead to a softening of the government's Brexit stance to give greater priority to a close trading relationship with the EU. But there's little confidence that the planned loose support agreement with Northern Irish Unionists can keep her minority Conservative government afloat for long, or whether May herself can cling on as premier for the two years of divorce talks.

Anxiety that Britain's economy may be entering a downward spiral was already growing before the election. Sterling's weakness in the wake of the Brexit vote has driven inflation above the Bank of England's target at a time when household wages and overall growth are not keeping pace, as data on Wednesday underlined.
But high and increasingly static housing costs that eat into the pay packets of young Britons without feeding optimism among their older neighbours mean the Bank of England is forced to ignore rising prices and keep credit conditions ultra-loose.
The combination of high inflation and cheap money then just undermines the pound further. That presents a stark contrast with the euro zone, now on its best economic run for a decade, and leaves sterling looking most exposed against the euro. Some airport exchange bureaus are already offering holidaymakers less than a euro per pound and the options markets companies use to insure against currency moves have flipped from positive on sterling in mid-April to universally negative.
"The fundamentals still are not positive, they are negative," said Josh O'Byrne, a currency strategist with Citi, the world's single biggest currency trader, in London. "We have this cyclical underperformance. We have this political divergence where the UK is looking less stable, Europe looks more so. "And also the positioning does not favour sterling. People are taking another look but waiting for more clarity." Barclays, which was positive on the pound before last week, has put its forecasts on review and is likely to cut them.
"The uncertainty that the (election) result brings means that you have a degree of the risk premia re-establishing itself," said Barclays strategist Hamish Pepper. "The currency is vulnerable to that in the near term." Much will depend on how fiscal and monetary policies mesh over the next year, and some hedge funds and other major speculative investors are already wondering if more quantitative easing (QE) asset purchases from the BoE will be in the mix.
That would further loosen monetary policy and probably prove negative for sterling, although it would provide a backstop bid for British government bonds, known as gilts. Ed Al-Hussainy, senior interest rate and currency analyst at Columbia Threadneedle, which manages $467 billion of assets, said ordinarily investors would sell gilts and demand higher interest rates to hold them, pressuring public finances.
"But here's the twist: we have an opportunity for the Bank to restart QE," he said. "The threshold for that is still very high -- we need to see a much greater deterioration. "But in that scenario it is not clear that rates will go up."