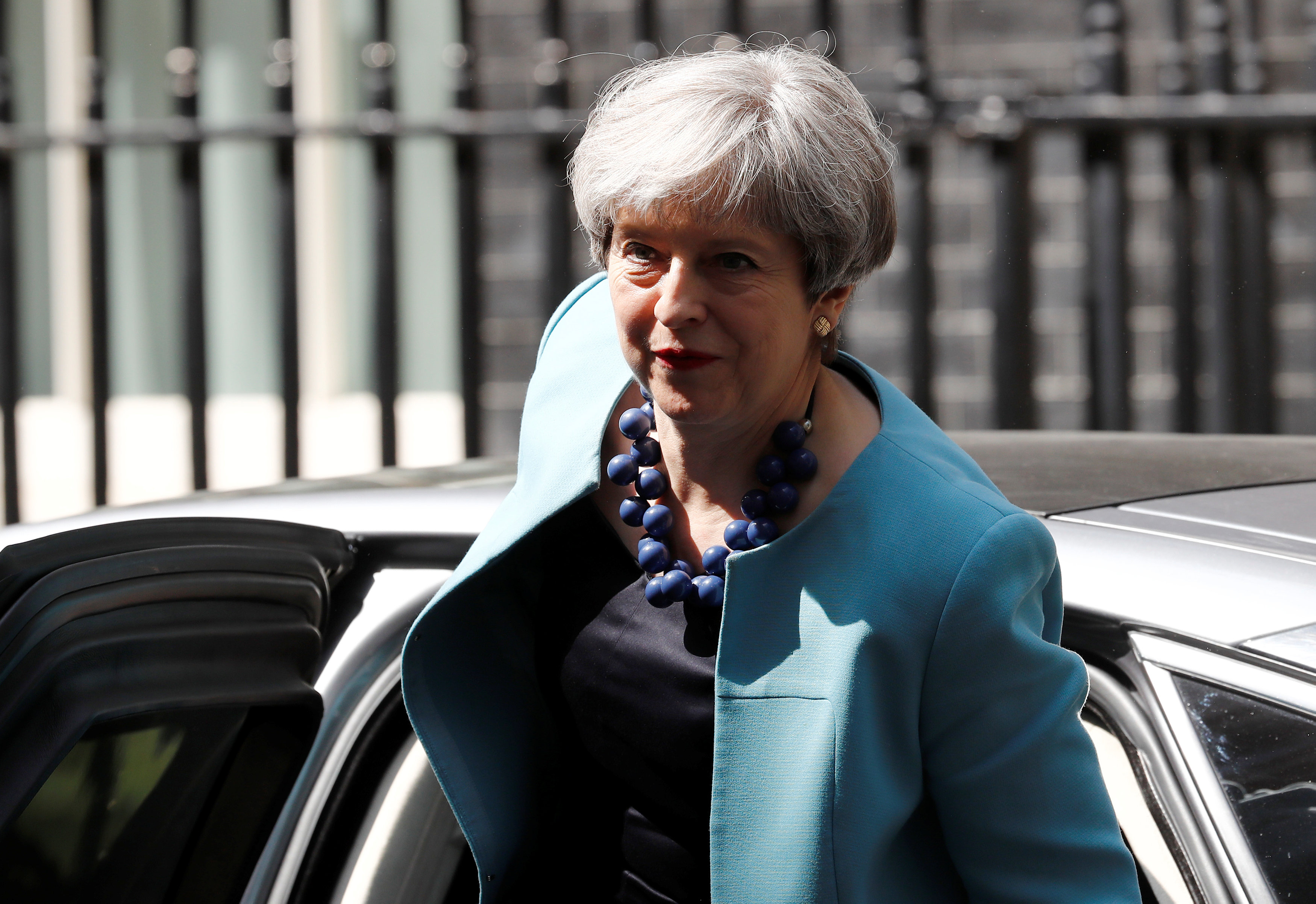 London: British Prime Minister Theresa May edged closer to clinching a deal to stay in power with the support of Northern Irish kingmakers on Wednesday but faced a battle over Brexit just days before divorce talks are due to begin.
After days of political turmoil sparked by her botched gamble on a snap election, May's Conservative Party resumed talks with a small Northern Irish Protestant party on securing the support of its 10 members of parliament to pass legislation.
But a deadly fire at a tower block in London could delay the announcement of any deal to stay in power, the BBC reported, citing a source in the Democratic Unionist Party (DUP), whose leader, Arlene Foster, met May on Tuesday.
A senior Conservative Party source said the talks were ongoing.
A spokesman for May's Downing Street office refused to discuss the talks.
Even with a deal nearing to secure her government's survival, May is so weakened that her Brexit strategy has become the subject of public debate inside her own party, with two former prime ministers urging her to soften her approach.
May has said the divorce talks, likely to be the most complex in Europe since World War Two, will begin as planned next week and her Brexit minister, David Davis, said Britain's negotiating position was unchanged.
"There is a unity of purpose among people in the United Kingdom," May said following a meeting with French President Emmanuel Macron in Paris.
"It's a unity of purpose, having voted to leave the EU, that their government gets on with that and makes a success of it."
But with so much at stake for Britain and its $2.5 trillion economy, pressure was mounting on May heed other voices.
From her own ministers, her party, her citizens and Europe's capitals, there was conflicting advice.
May now faces the task of satisfying both the pro-European and eurosceptic factions of her party, keeping Northern Ireland calm and negotiating a divorce with 27 other EU members whose combined economic might is more than five times that of Britain.
Before the election, May proposed a clean break from the EU, involving withdrawal from the EU single market, limits on immigration and a bespoke customs deal with the EU.
The Times newspaper said finance minister Philip Hammond would push May not to leave the customs union - an arrangement that guarantees tariff-free trade within the bloc but prohibits members from striking trade deals with third parties.
But a newly appointed junior Brexit minister, Steve Baker, told Reuters: "I don't foresee any change ... The reality is that where we stand follows logically from leaving so, if we're leaving, what we need to do is do it smoothly and successfully and gain economic benefit."
France's Macron said the door was still open for Britain to remain in the EU, though he added that it would be difficult to walk back once negotiations start.
The European Parliament's Brexit coordinator, Guy Verhofstadt, struck a harsher tone: Britain, he said, could change its mind, but it would be poorer.
"Like Alice in Wonderland, not all the doors are the same. It will be a brand new door, with a new Europe, a Europe without rebates, without complexity, with real powers and with unity," Verhofstadt said.
May has not yet responded to a proposal from some Conservatives for business groups and lawmakers from all parties to agree a national position on Brexit.
"We would restore faith in politics if we could show that this parliament can at least function in presenting a view in the national interest which would command a majority on a cross-party basis," said veteran pro-European Conservative lawmaker Ken Clarke.
Former prime minister David Cameron said May needed to listen to opposition parties, and that there would be pressure for a softer Brexit that would give greater priority to a close trading deal with the EU.
Divisions over Europe helped sink the premierships of May's predecessors Margaret Thatcher, John Major and Cameron, and many of her lawmakers and party members favour a sharp break with the EU.
The performance of the British economy could also influence perceptions: Data on Wednesday showed average weekly pay in the three months to April was down 0.4 per cent, year-on-year, in inflation-adjusted terms - the biggest fall since the three months to September 2014. May has given no indication that she will change her plan for Brexit, though she has said she will try to achieve broader agreement across her party.
Whatever her ultimate plan, she will be heavily reliant upon the 10 lawmakers from the eurosceptic DUP, who would help her edge past the 326 votes needed in parliament to avoid the government collapsing.
However, putting the pro-British unionist DUP in a position of influence in London could also undermine the British government's ability, enshrined in a 1998 peace agreement, to function as an impartial broker between Northern Ireland's unionists and its Catholic Irish nationalists.

Major, who helped to bring about that peace, said he was concerned that May's arrangement with the DUP could pitch the province back into turmoil by persuading 'hard men' on both sides of the divide to return to violence.
The Irish nationalist party Sinn Fein, which wants the British province to join a united Ireland, said the prospect was causing anxiety and fear in Northern Ireland.
While the DUP are deeply eurosceptic, they have balked at some of the practical implications of a so-called hard Brexit -- including a potential loss of an open border with the Republic of Ireland -- and the talks were likely to touch on efforts to minimise the potential damage to Northern Ireland.