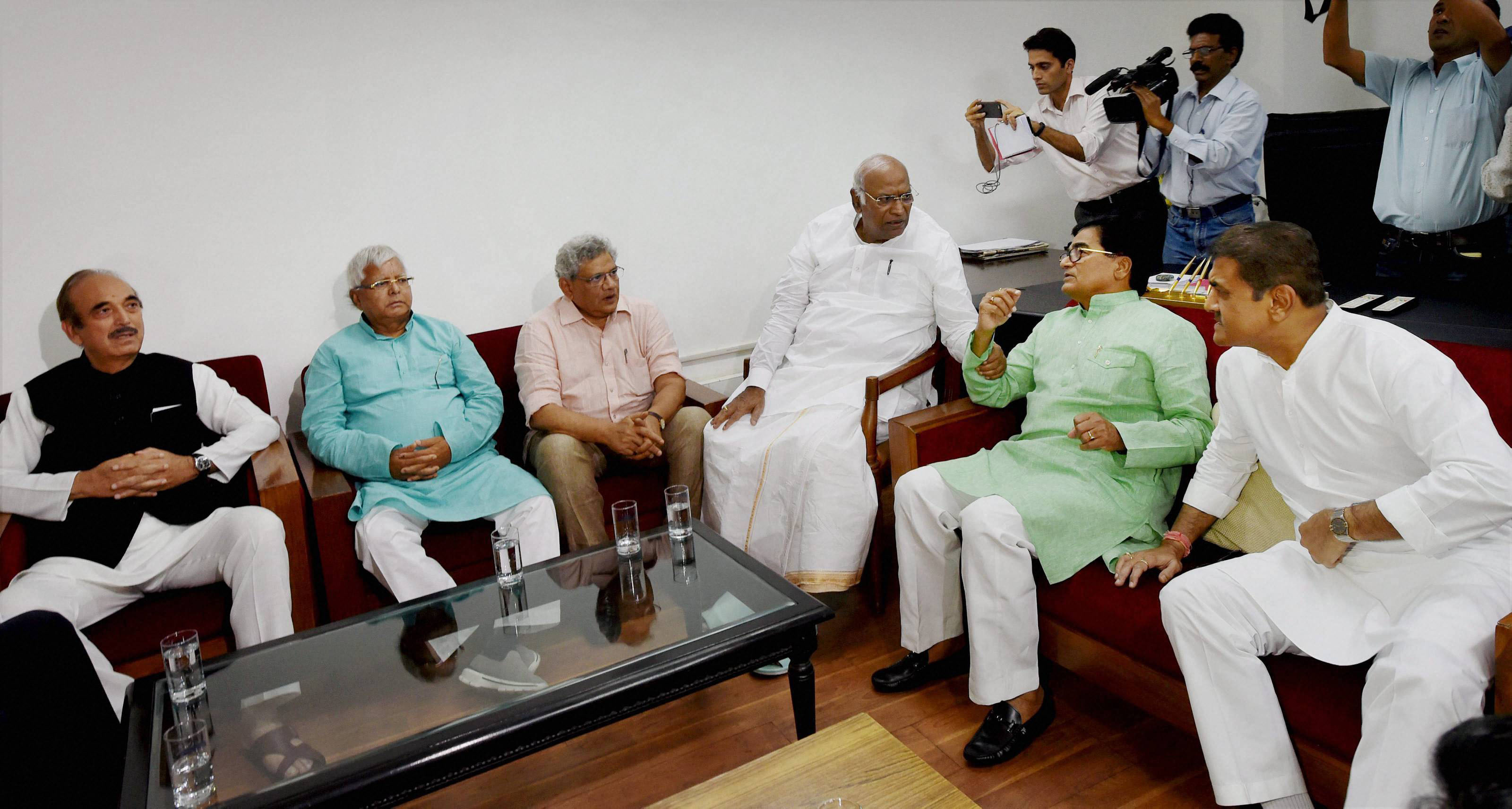 New Delhi: No names were discussed as opposition leaders met to chalk out their presidential poll strategy on Wednesday as the process started for the filing of nominations for the July 17 election.
After the meeting senior Congress leader Ghulam Nabi Azad said the the 10-member opposition panel would meet again to decide on a suitable presidential nominee. The sub-group formed for this purpose met in the chambers of Azad, who is the Leader of the Opposition in the Rajya Sabha. This is the first meeting of the sub-group since its formation a few days ago.

Sources said the leaders would discuss names, but await a government initiative in this regard. A three-member government panel comprising senior ministers Rajnath Singh, Arun Jaitley and M. Venkaiah Naidu is slated to meet Congress President Sonia Gandhi on this issue on Thursday.
A united opposition, after several rounds of parleys between leaders of various parties, is hoping to zero in on a "mutually acceptable" presidential candidate with the ruling dispensation. If that does not happen, it is expected to put up a united candidate against the official National Democratic Alliance nominee.