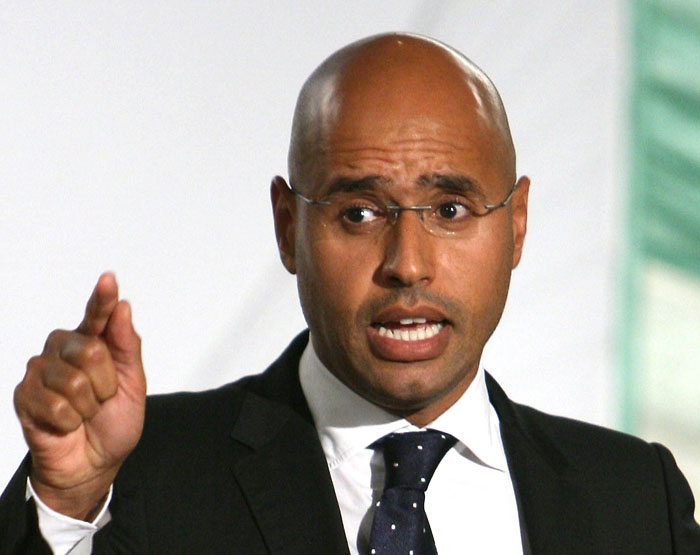 Amsterdam: The prosecutor of the International Criminal Court on Wednesday called for the arrest and surrender of Saif Al Islam, who is wanted on war crimes charges for allegedly suppressing opposition to the rule of his father, former Libya ruler Muammar Gaddafi.
On Sunday, Saif Al Islam's lawyer said his client had been released under an amnesty law passed by parliament from prison in the eastern Libyan town of Zintan, where he had been held since 2011.
ICC prosecutor Fatou Bensouda said in a statement that her office was trying to verify Gaddafi's release.
"I call on Libya and all other States, if in a position to do so, to immediately arrest and surrender Mr Gaddafi to the ICC," she said.
Saif, whose whereabouts are not known, was last seen by an independent international observer in June 2014.
Saif, 44, is the most prominent of the late leader's children, and was touted by some as a reformist successor before the uprising six years ago in which Muammar Gaddafi was toppled and killed.
On Sunday, Saif's lawyer Zaidi told Reuters Saif could play an important part in national reconciliation efforts and he would not be turning himself in to the ICC in The Hague.

Libya slid into turmoil after Muammar Gaddafi's overthrow, with rival governments and armed alliances competing for power.
A U.N.-backed government in Tripoli has struggled to impose its authority and has been rejected by factions in the east.
A Tripoli court sentenced Saif to death in absentia in 2015 for war crimes, including killing protesters during the revolution.
A statement posted by the attorney general's office in Tripoli on Sunday said he was still wanted under that conviction.
The ICC has said that trial did not meet international standards.
Zintan, about 145 km (90 miles) southwest of Tripoli, has its own divisions but has been broadly aligned with the government and armed forces based in eastern Libya.