Beijing protesters in rare clash with police over school dispute 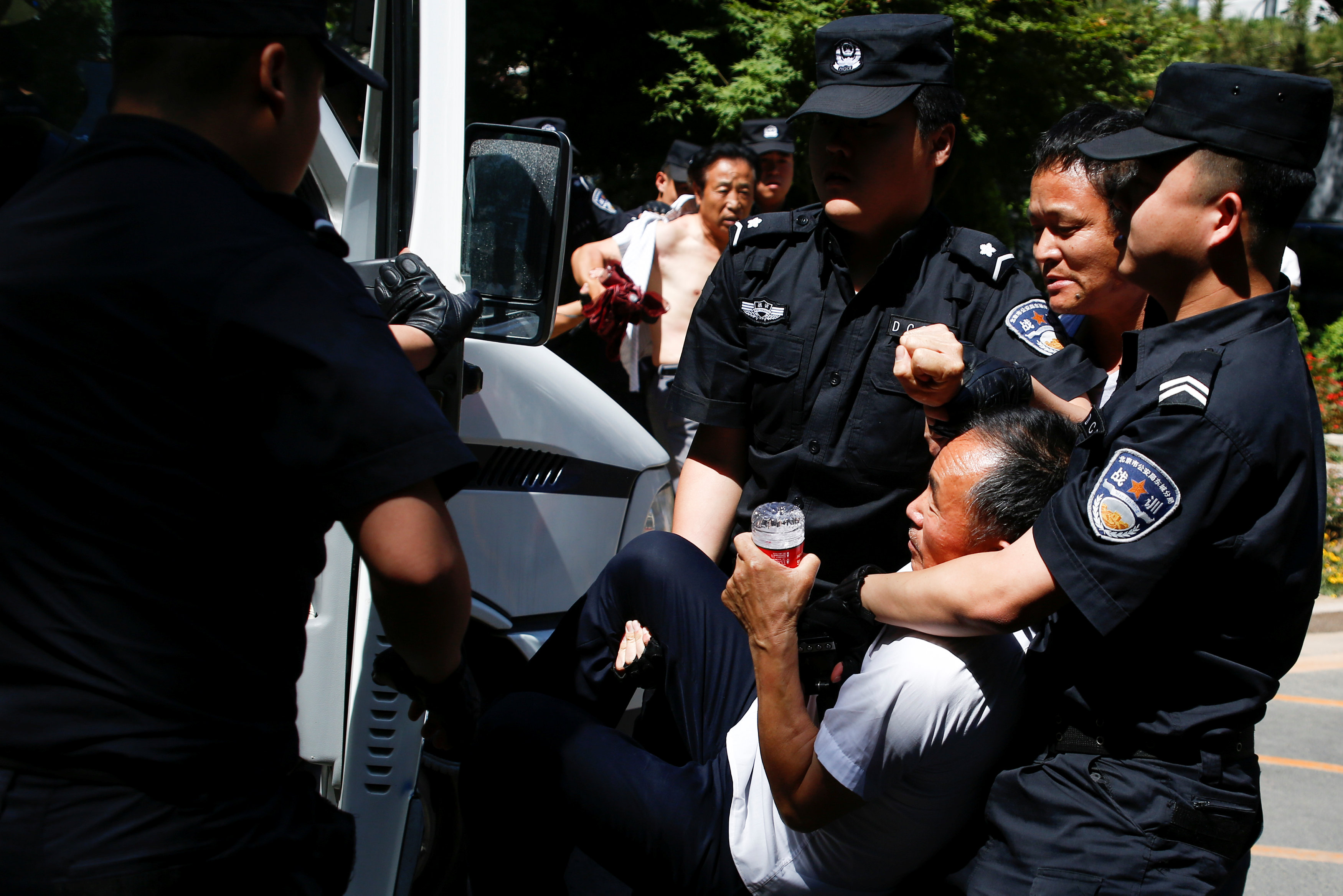 Beijing: About a hundred protesters clashed on Wednesday with police in downtown Beijing after authorities abruptly reassigned their children to a school in a rough neighbourhood, a rare display of public anger in the Chinese capital.
Large protests are rare in heavily-guarded and affluent Beijing, but the reassignment plan comes at a time when educational resources have become increasingly stretched, while home prices have soared.
During their hours-long standoff, protesting residents of the city's northwestern district of Changping skirmished several times with more than 20 unarmed police officers outside the office of the Beijing municipality.
"Our kids need to go to school! We demand a response!" shouted some of the gathered protesters.
The protesters, who included many white-collar professionals in their 30s working at Chinese technology firms, said they were outraged after district authorities suddenly reassigned their children to a school in a decrepit neighbourhood.
About 3,000 families are estimated to be affected by the decision, protesters say.
Photographs they showed Reuters depicted a single-storey brick building on a street littered with rubbish and advertising flyers offering forgery services.
"How can we send our kids to this kind of school?" asked one upset mother, Wen, who works at tech giant Baidu and only gave her last name.
"We fought and worked so hard, and put down millions to buy a house to earn a decent life in Beijing. And now our kids will have to go to this kind of school?"
"I used to think I have a nice life but now I think I'm just one of those at the bottom. We are really powerless and don't know what to do," Wen told Reuters.
Police briefly detained at least three protesters beside a police van nearby.
"If you make this even bigger, it won't be just one person (being dragged away)," the leader of the police team told protesters who refused to disperse, after authorities had detained one of the three.
An official from the Beijing municipality office addressed the protesters in the early afternoon, urging them to resolve the issue with the Changping district government on Thursday.
Reuters could not immediately reach municipal and district government authorities for comment outside of business hours.