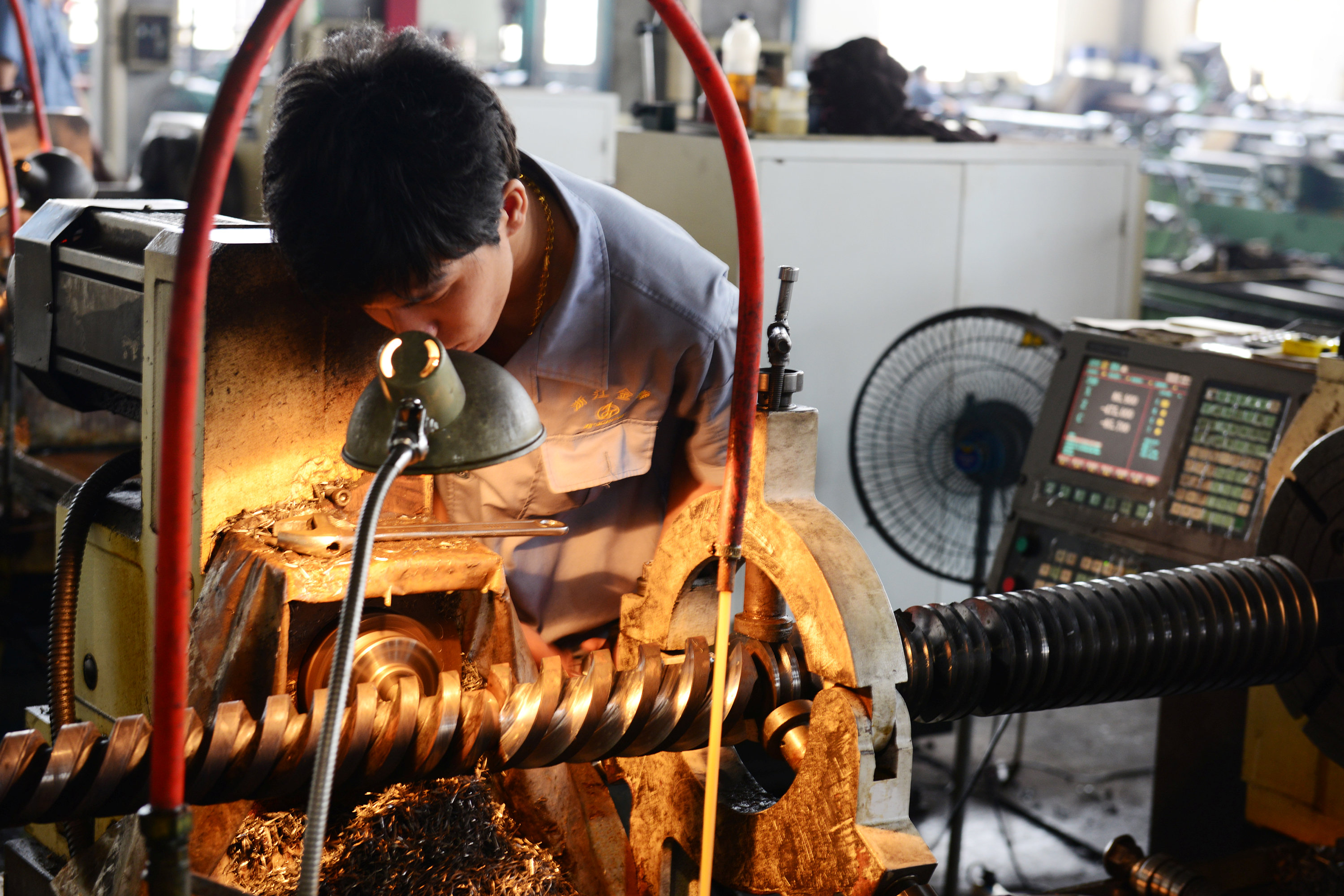 Beijing: China's economy generally remained on solid footing in May, but tighter monetary policy, a cooling housing market and slowing investment reinforced views that it will gradually lose momentum in coming months.
Still, with half a year left to go, Beijing is expected to handily meet its annual 6.5 per cent economic growth target without too many bumps, good news for President Xi Jinping ahead of a major political leadership reshuffle later this year.
Slower fixed asset investment growth in May and a sharp deceleration in housing starts seen in data on Wednesday point to some of the cooling economists have been expecting, though stable growth in factory output and retail sales, along with a pickup in exports, are cushioning the impact so far.
But a rise in inventories in the industrial sector and weaker producer price inflation will drag on growth ahead, said Louis Kuijs, head of Asia economics at Oxford Economics in Hong Kong.
"The first half of this year was a very happy period for China in the sense that we had that wonderful increase in output prices," said Kuijs, referring in part to a construction boom which boosted demand and profits of structurally unhealthy sectors such as steel.
The extent to which China's growth slows may depend on how much more monetary tightening the central bank and regulators want to impose in the second half of the year, Kuijs said.
After rolling out a slew of measures early in 2017 ranging from short-term interest rate increases to a clampdown on riskier forms of lending and shadow banking, authorities have appeared to pause in recent weeks as the government looks to ensure political and financial market stability heading into the Communist Party Congress in autumn.
With slower nominal growth going into next year, "the willingness to tighten significantly (further) on the monetary side will be pretty low", Kuijs said.
Manufacturing still solid
Industrial output grew at a steady 6.5 per cent pace in May from a year earlier, defying expectations for a slight softening, as a government infrastructure spree continues to boost demand for building materials from cement to steel.
But rising inventories are a risk. In April, growth in industrial inventories picked up to over 10 per cent.
Weaker growth in fixed asset investment — at 8.6 per cent for January through May — was led by a slowdown in the property sector.
While housing sales rose by an unexpectedly solid 10 per cent, growth in new construction starts almost halved to 5.2 per cent in May, according to Reuters calculations.
Analysts expect the housing market to continue to slow, as the government remains wary of still-rising home prices and has maintained strict controls on home purchases and property financing.
But recent protests over a property crackdown in Shanghai indicate the sensitivity of the sector, with policymakers careful to try to avoid a broad-based downturn that would lead to a significant drop in home prices that could stress the banking system and stir social unrest.
Infrastructure spending, typically a key lever for the government to stabilise growth in the face of any slowdown, slowed to 20.9 per cent growth over the first five months of the year, with analysts at ANZ saying "we need to keep a close eye on the near-term trend".
Growth of private investment slowed slightly to 6.8 per cent in January-May, suggesting a slight weakening of the private sector's appetite to invest as small- and medium-sized private firms still face challenges in accessing financing and now rising funding costs.
Private investment accounts for about 60 per cent of overall investment in China.
Retail spending was more upbeat, rising 10.7 per cent in May from a year earlier, unchanged from April and beating analysts' expectations for a decline despite the first back-to-back drop in auto sales since 2015.
Focused on the target
Economists at Nomura forecast China's economy will grow 6.8 per cent in the second quarter, only marginally less than the 6.9 per cent expansion in the first quarter and providing enough momentum to coast to the government's full-year target even if there is some softening in the second half.
Fund managers surveyed by BofA Merrill Lynch said China's credit tightening ranked as the top tail risk for financial markets for the second month in a row in June, with nearly two-thirds of respondents saying it will slow business activity in the country but have little impact on global growth.
Sources told Reuters on Wednesday that China's central bank was checking with lenders in Shanghai to see if tighter rules were having an impact on lending or credit quality. Funding costs are rising slowly and banks have been raising mortgage rates.
Still, many analysts say concerns over tighter policy are overblown as measures so far this year have been on the edges and only target financial speculation, not activity in the real economy.
Despite some tightening, "broader liquidity conditions such as M2 growth, loan growth or the growth of outstanding financing are still largely stable," said Nomura chief China economist Yang Zhao.
"Looking ahead, further tightening should be very limited. I don't see the People's Bank of China (PBOC) easing liquidity or monetary policy anytime soon, but the PBOC probably would not further tighten."