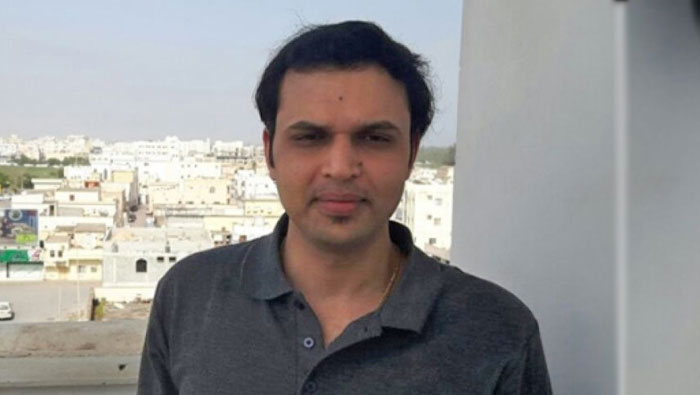 Muscat: “Life has to go on,” Linson Thomas, the husband of the murdered Indian nurse Chikku Robert, told the Times of Oman after returning to Oman from India.
Get your essential daily briefing delivered direct to your email inbox with our e-newsletter
Thomas flew back to India in March this year, 341 days after his wife was found dead in her apartment in Salalah on April 20, 2016. He returned to Oman on May 31.
Having been held in police custody earlier in connection with his wife’s murder, Thomas said: “I would like to inform you that the last phase of investigation is going on.” After being released from police custody, he remained in Oman as part of the investigations before being granted permission to return to India for a break.
Speaking exclusively to the Times of Oman, Thomas said he is thankful to the investigating authorities for allowing him to go to India for two months.
“After coming back from India, we are in touch with the investigating authorities on a regular basis,” he said.
Robert and Thomas, both from the south Indian state of Kerala, were working with the Badr Al Samaa Hospital in Salalah. Robert was a nurse in the hospital and Thomas was a client relations officer.
On April 20, 2016 Robert was supposed to be on duty by 10pm, but did not turn up for work.
Thomas went to the apartment to look for her, but found her lying dead. It was later discovered she was pregnant at the time of her death.
Thomas has now shifted to Nizwa. “He has now gone to India twice after her wife’s death,” his cousin said.
Social workers say Thomas has full faith in the judiciary. “That is why he went to India for his annual vacation and came back,” one of them said. After being released, Thomas chose not to return to the apartment, where he used to stay in Salalah with his wife.
“We are also glad that he has been shifted to Nizwa since living in Salalah will continue to haunt him about his wife’s death,” the social worker said.