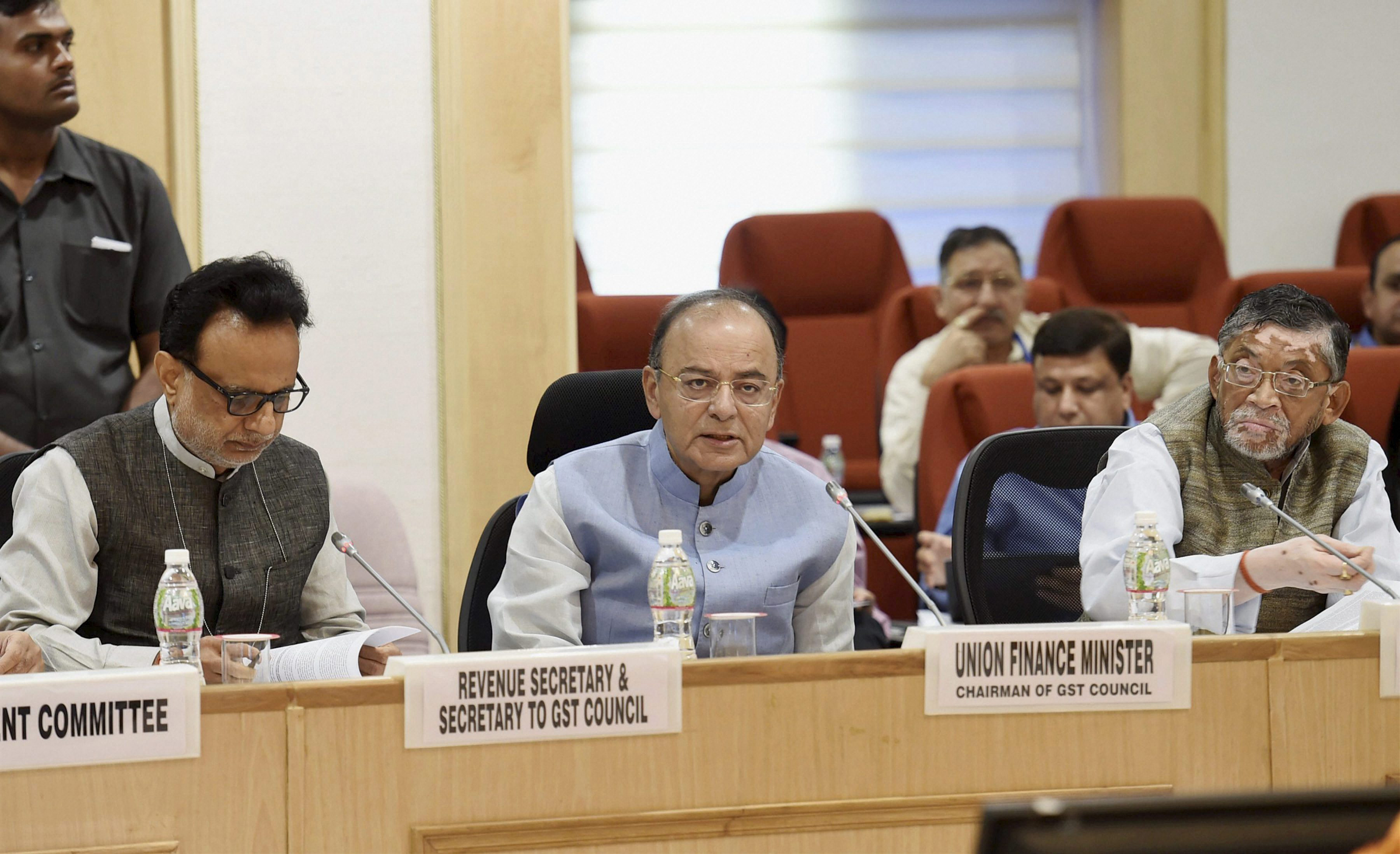 New Delhi: The Goods and Services Tax (GST) - the nation's biggest tax reform since independence -- is on track for scheduled implementation from July 1, a top government official said on Tuesday, scotching rumours of a delay.
"The rumours about GST implementation being delayed are false. Please do not be misled by it," Revenue Secretary Hasmukh Adhia said in a Twitter post on Tuesday.
The GST -- a unified tax structure across a wide range of goods and services that will replace various taxes levied by the Centre and state governments -- is scheduled for rollout from July 1. The finance ministry in a statement said preparations are in full swing for a smooth implementation from the scheduled date. "The Government of India has emphasised that GST is scheduled to roll out on July 1, 2017. The Central Board of Excise and Customs (CBEC), in coordination with the state governments, have increased their outreach programmes so as to reach the last trader," it said in a statement.
The statement came amid murmurs about the IT network's inadequate preparedness to handle a massive 3 billion invoices that would be generated per month and could face teething problems. Some industry groups too want some more time to change to the new system of filing tax.
The Centre-State GST panel, called the GST Council, has fitted over 1,200 goods and an array of services in the four- tier tax slabs of 5, 12, 18 and 28 per cent and is adjusting demands for change.
The GST Council will probably hold its last meeting on June 18 and any change in implementation schedule would have to be approved at the meeting. GST is expected to simplify the tax collection procedure, making it easier to administer and enforce, as well as help remove double taxation at various levels. GST is estimated to add 2 to 4 percentage points to the GDP.
After the last meeting of GST Council on Sunday, Finance Minister Arun Jaitley had said the Centre and states have completed discussion on most of the issues. "Irrespective of the date in which it starts, some people will say they are not ready, so they have no option but to get ready... You require an honest intent for that," he had said, to a query that small traders and artisans were not technologically ready for meeting GST compliance.