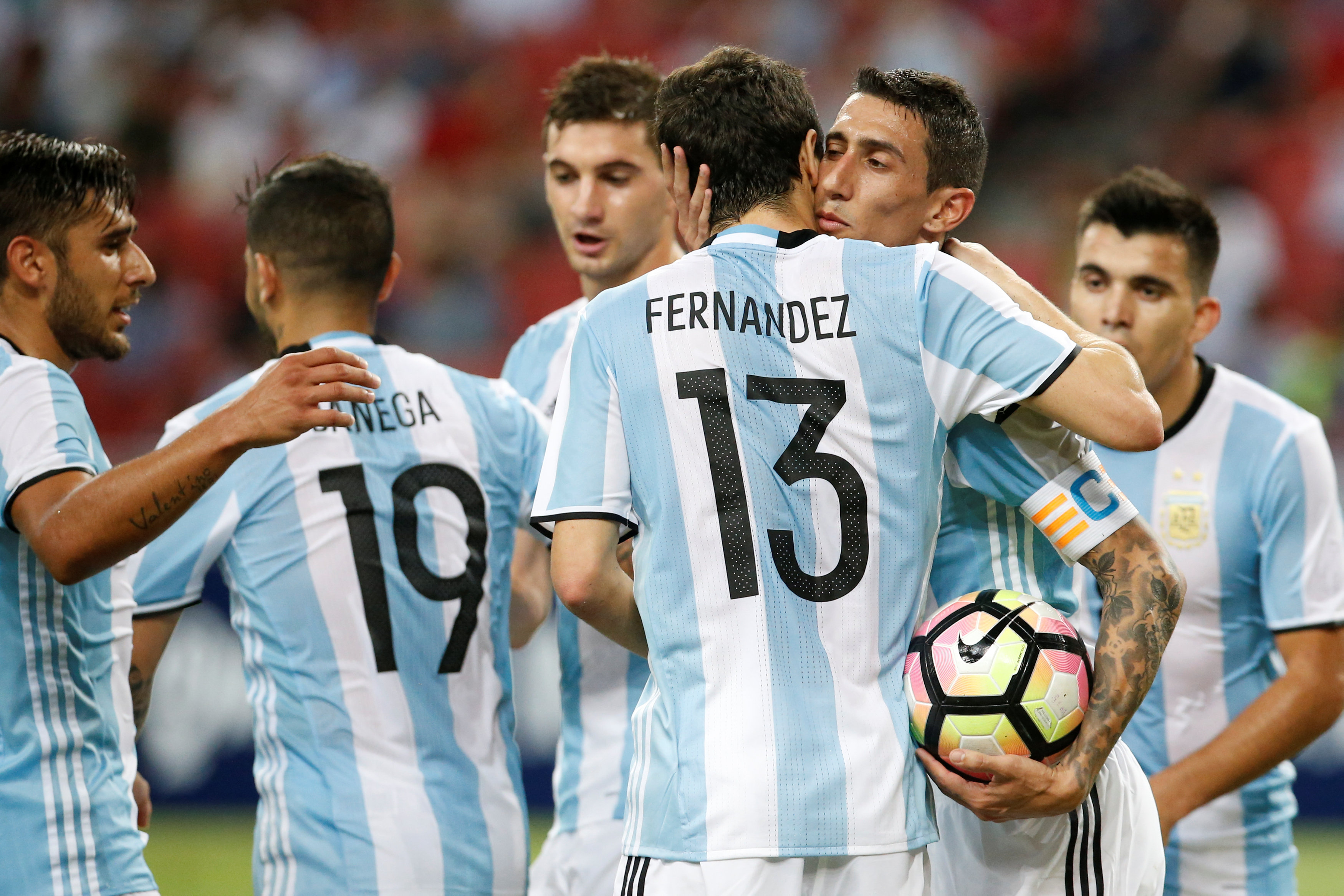 Singapore: Argentina's experimental lineup proved too strong for an outclassed Singapore in their international friendly on Tuesday, with the South Americans swatting aside their hosts 6-0 and the opening five goals coming from first-time scorers.
The match was organised to celebrate the home FA's 125th anniversary but Argentina were in no mood to go easy on the Singaporeans, with new coach Jorge Sampaoli keen to try out attacking options against limited opposition.
Some local fans had demanded refunds when leading lights Lionel Messi and Gonzalo Higuain withdrew from the trip at late notice but Sampaoli saw it as an opportunity to try out a five-man attacking unit led by Sevilla forward Joaquin Correa.
Argentina did not take long to create chance after chance but it took them 25 minutes to finally break through from an unlikely source when Roma central defender Federico Fazio was left unmarked at a corner to slot home from close range.
A set piece proved to be Singapore's undoing once more when Juventus' Paulo Dybala collected a short corner and drilled in a low cross to the near post, which Correa tucked home for his first international goal in the 30th minute.
Singapore then created their only real chance of the match on the stroke of halftime when full back Shakir Hamzah almost embarrassed Nahuel Guzman with an over-hit cross that just drifted wide of the keeper's far post.
Argentina continued their attacking onslaught after the break and the massed ranks on the 157th ranked home side's defence did well to stave off the visitors until Alejandro Gomez marked his debut with a 61st minute goal.
The Atalanta striker struck with a low left-foot effort from the edge of the area before Roma midfielder Leandro Paredes, also on debut, followed suit 13 minutes later with a sweetly hit lifted shot with his instep that flew into the top corner.
Singapore tried to venture forward in the closing stages in search of a consolation goal but Lucas Alario and Angel Di Maria, with a cheeky back-heel, capitalised on the open spaces to add a gloss to the scoreline in the dying minutes.
"The main focus of the match was to focus on the attack and putting pressure on the opposition and we created plenty of chances but just could not put them away," Sampaoli told reporters.
"I am happy with the team and the performance as they managed to translate my ideas on to the pitch throughout the 90 minutes," added the 57-year-old, whose first game in charge was a 1-0 friendly win over Brazil in Melbourne last week.