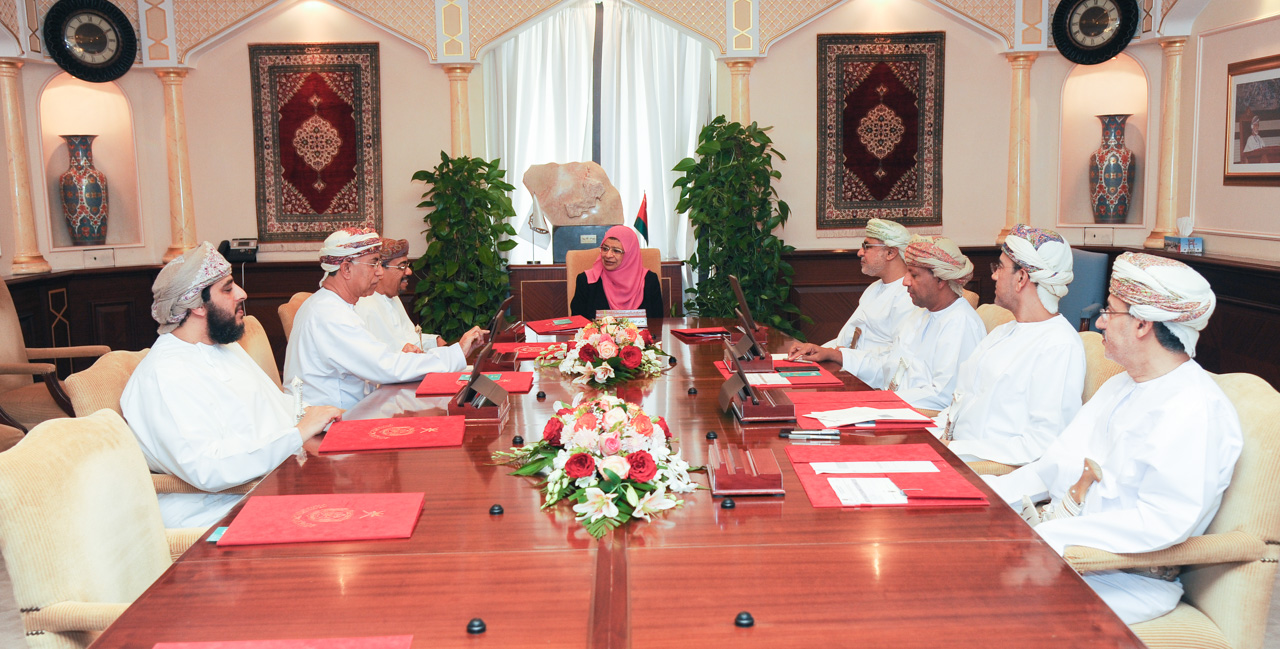 Muscat: With some amendments, the Council of Sultan Qaboos University (SQU) adopted the postgraduate regulations, and the budget of the university and the university hospital for 2018 at its meeting for the academic year 2016/2017.
The meeting was held under the chair of Dr. Rawiya bint Saud Al Busaidiya, Minister of Higher Education.
The Council adopted a proposal to change the name of the Department of Oral Health at the College of Medicine and Health Sciences and Sultan Qaboos University Hospital to the Department of Oral and Maxillofacial Surgery, and also adopted some amendments to the Executive Regulations of the University Law regarding the formation of Training and Scholarship Committee, Consulting Committee of the Student Affairs Deanship as part of the University’s efforts to empower its students and to enhance and value their efforts.
The Council has adopted three initiatives to grant awards from the University for the best college in sports activity, the best student research project, and for the best student group.
The Council adopted the establishment of the Sustainable Energy Research Centre and the Nanoscale Research Centre at Sultan Qaboos University.
The Council sponsored a proposal by the University administration to accommodate first year students with boarding buildings in an area close to the campus.