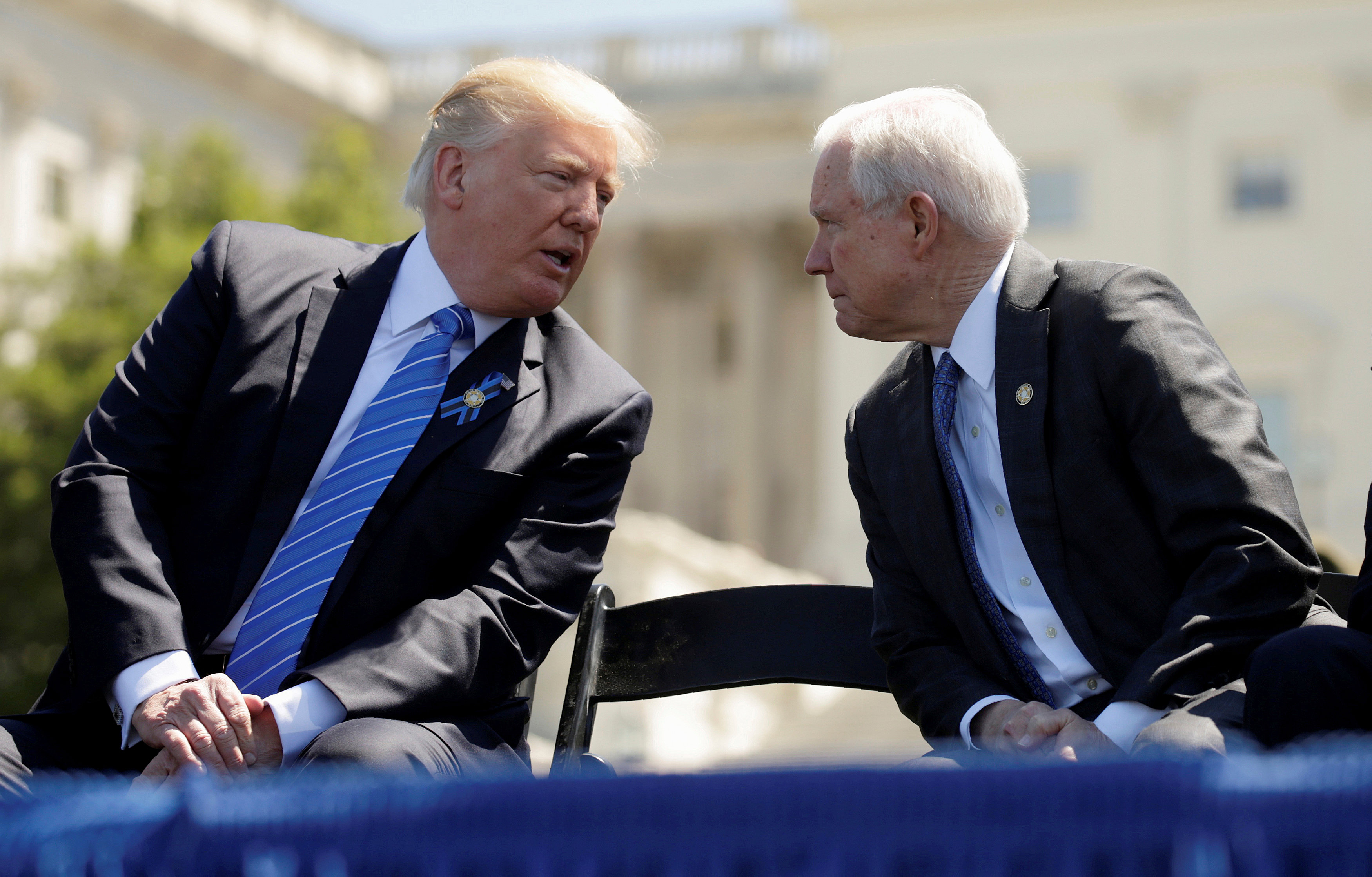 Washington: U.S. Attorney General Jeff Sessions will testify publicly to a Senate panel on Tuesday, the committee's chairman said, setting up another potentially dramatic congressional hearing on possible ties between President Donald Trump's campaign and Russian meddling in the 2016 presidential race.
Sessions is likely to face questions by the Senate Intelligence Committee over his dealings with Russian officials during the campaign and whether he had a role in firing former FBI Director James Comey, who testified last week before the same panel. Until the panel chairman's statement on Monday, it had been unclear whether Sessions would testify in an open or closed setting.
Comey told the panel last Thursday that the FBI had information in mid-February on Sessions that would have made it "problematic" for him to continue leading a federal probe into Russian attempts to influence the presidential election. Sessions recused himself from the inquiry in March after media reports that he had been in two previously undisclosed meetings last year with Russian ambassador Sergei Kislyak. Members of the committee are likely to ask Sessions about a possible third undisclosed meeting that is now under investigation, according to media reports.

Sessions, a former senator and an early supporter of Trump's election campaign, will be the most senior government official to testify to the committee on the Russia issue. The matter has dogged the Republican president's early months in office.
A Justice Department spokeswoman said Sessions requested the open setting because "he believes it is important for the American people to hear the truth directly from him." Sessions is scheduled to testify from 2:30p,. (1830GMT) on Tuesday.
Media reports last week said Sessions offered to resign because of tensions with Trump over his decision to recuse himself from the FBI's Russia probe. The matter is also being investigated by several congressional panels, including the Senate Intelligence Committee. Russia has denied interfering in the U.S. election. The White House has denied any collusion with Moscow.
Critics charged that by firing Comey on May 9 Trump was trying to hinder the FBI's Russia probe and the ex-FBI chief added fuel to that accusation with his testimony last week. Trump has denied he tried to interfere with the probe.