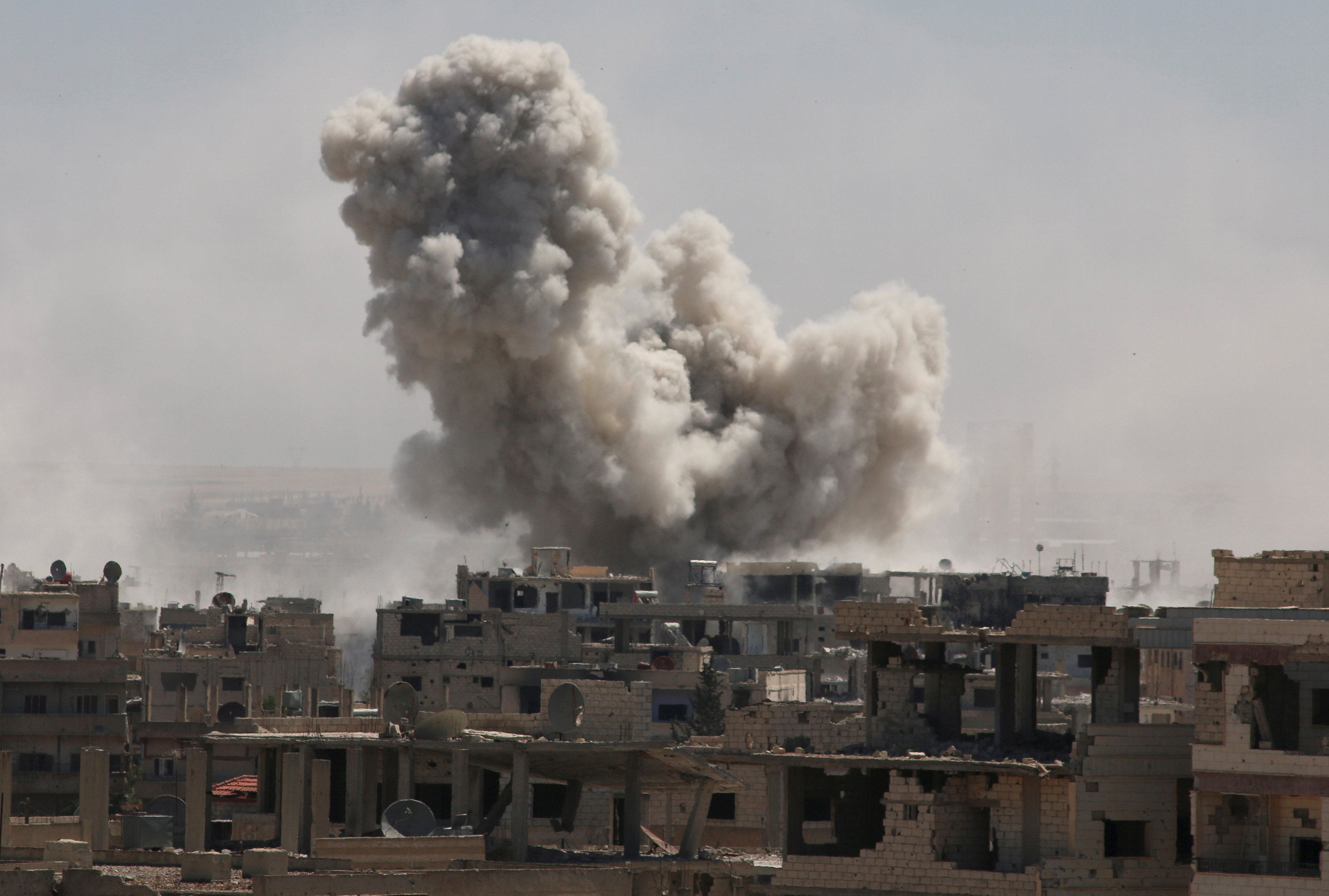 Amman: The Syrian army and Iran-backed militia forces have escalated attacks against a rebel-held part of the southern city of Deraa, a possible prelude to a large-scale campaign to wrest full control of the city, rebels and residents said on Monday.
The intensive raids and bombing strikes mainly pounded the southern part of Deraa, strategically located on the border with Jordan and where the uprising against Syrian President Bashar Al Assad erupted six years ago.
The Syrian army has recently intensified dropping barrel bombs, drums or cylinders packed with shrapnel, and has fired hundreds of so-called elephant rockets on Deraa's old quarter and a former refugee camp nearby, rebels and residents said. The army has not commented on its troop build-up in Deraa or the escalating aerial bombing.
State media has long branded the rebels as foreign-backed "terrorists". More reinforcements from the army and its allies, the Hezbollah and Iraqi militias, are also being rushed to the city from several locations near the capital, Damascus.
Troops were using the Damascus-Deraa highway, a major supply route where well-fortified trenches on both sides of the road have made it more difficult for rebels to mount attacks. "The regime has brought large columns of troops from the elite 4th Armoured Division, and also Hezbollah forces," said Major Issam al Rayes, spokesman of the so-called Southern Front grouping of the Free Syrian Army (FSA) rebels, who are supported by an Arab-Western coalition.

The troops being sent as reinforcements are considered to be the Syrian army's elite division, which has the best training and equipment. Rebels say the troop build-up and relentless aerial bombing in recent weeks pointed to a major campaign for what the FSA rebels see as a decisive battle.
"Everything indicates the regime is preparing for a large-scale military campaign in Deraa in which they plan to encircle the city and reach the Jordanian border," Rayes said.
Adham Al Karad, the commander of the missile brigade in the FSA's Southern Front, said: "Our surveillance shows troop carriers and heavy armour ... if it continues at this same level of reinforcements, this will be very large." The army had stepped up its campaign to regain the Manshiya neighbourhood, a strategic district that almost completely fell into rebel hands after four months of street battles.
Rebels stormed Manshiya, the last army foothold in Deraa's rebel-held old quarter, in February to ward off any army attempt to capture a strategic crossing with Jordan. The army's control of the crossing, a once-thriving passenger and commercial gateway with Jordan, would sever the rebel link between the eastern and western parts of the province they control, dealing a major blow to their cause in the south. The Syrian government's strategic goal is to open a direct route from Damascus to the Jordanian border.