'Only performers to get Congress tickets for 2018 Karnataka polls' 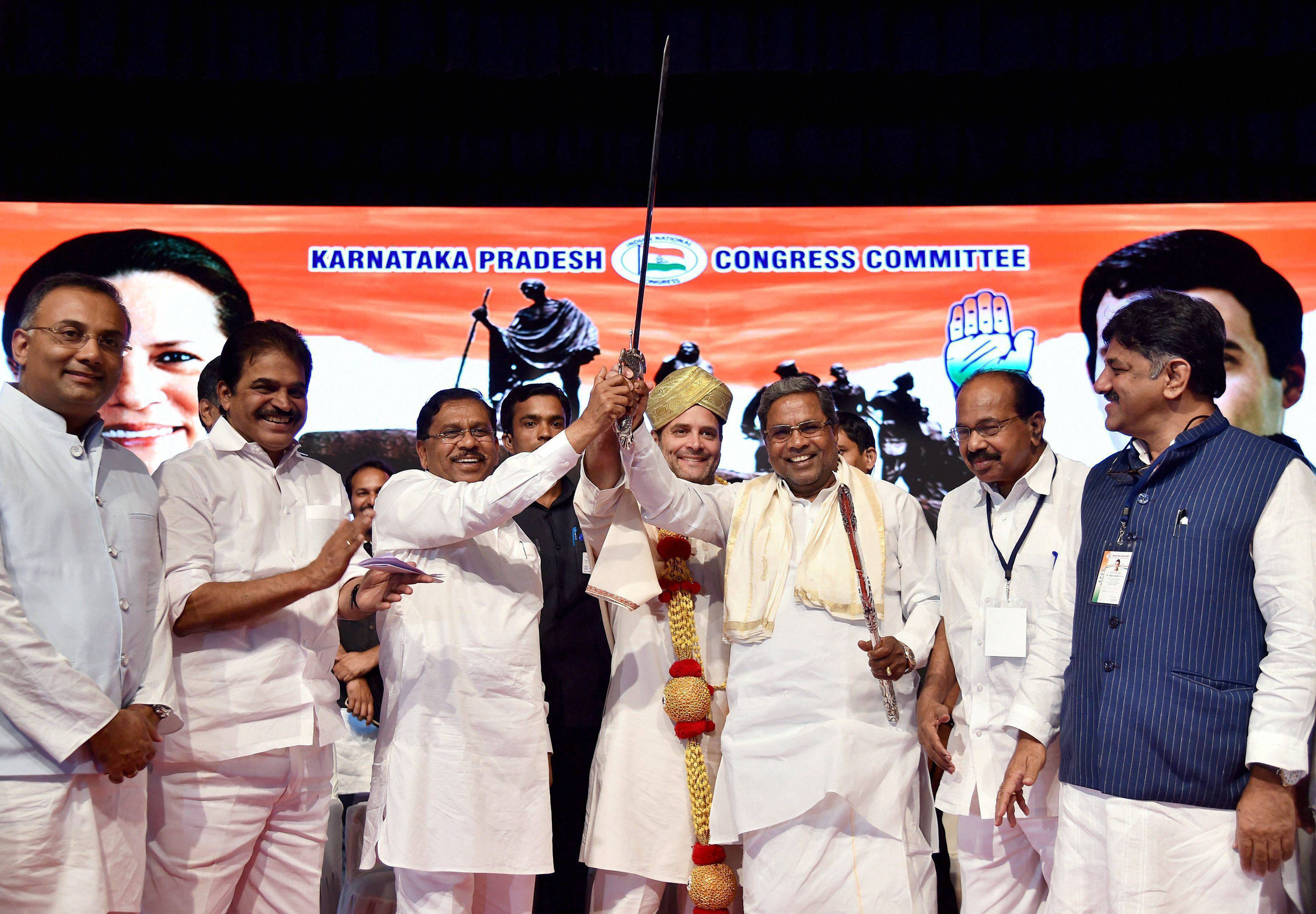 Bengaluru: Congress Vice President Rahul Gandhi on Monday decried the trend of "outsiders" walking away with party tickets and made it clear that "performance" would be the main criteria in the choice of candidates for the 2018 Karnataka Assembly polls.
He expressed reservations about 'outsiders' getting tickets through "helicopter system". "We have elections before us; I have told Venugoaplji (General Secretary in-charge of Karnataka) that whoever stands with the people and is working for the Congress, whether it is a leader or a worker, only they get the tickets," he told a KPCC meeting here.
"...party workers work, leaders work, but sometimes some other people get tickets through helicopter system just ahead of elections. Some time even people from other party get tickets through helicopter system," he said.
Rahul said he had sought a list of MLAs actively working for the party. "You still have time...go amidst people, raise their issues and find solutions for them. Whoever works well, whoever is seen amidst the people, Congress will give ticket to him or her, whether he or she is a big leader or a small worker," the Congress vice president said.
He was speaking at the Karnataka Pradesh Congress Committee's (KPCC) extended general body meeting here in the presence of Chief Minister Siddaramaiah, party's state chief G. Parameshwara and other leaders. The party has already announced that Siddaramaiah will be the party's face in the state Assembly polls.
In an attempt to maintain balance, the party has retained G. Parameshwara as the Pradesh Congress Committee chief and appointed two working presidents and a campaign committee chief.
On BJP trying to come to power in Karnataka, Rahul said wherever they go, they will make one community fight with another. While accusing the BJP of winning the elections in Uttar Pradesh by dividing the communities, he said Congress believed in uniting the communities. "They divided every single community in Uttar Pradesh and that is how they won the election; when they divide, we unite. So our job is to ensure everybody in Karnataka feels that this is their government," he said.

Talking about the new AICC team sent to Karnataka under the leadership of party General Secretary In-charge Venugopal, Rahul said the team was directed to ensure every worker and leader in the state feel that he is part of the "family" called Congress.
"This is a family and every member must feel that he has a place and he is being heard. Everyone can't be made happy, but every one can be embraced," he said. Noting that across the country, farmers were struggling, Rahul said there was "fear and pain" among them. He accused the BJP of abandoning and forgetting the farmers and advised the state government to assist the riots.
"Karnataka's farmers should feel that this is their government, and I am confident that the chief minister is constantly listening to them and working for their interest," he added.
Rahul's statement comes at a time when there has been a strong demand for farm loan waiver, owing to consecutive years of severe drought in the state.