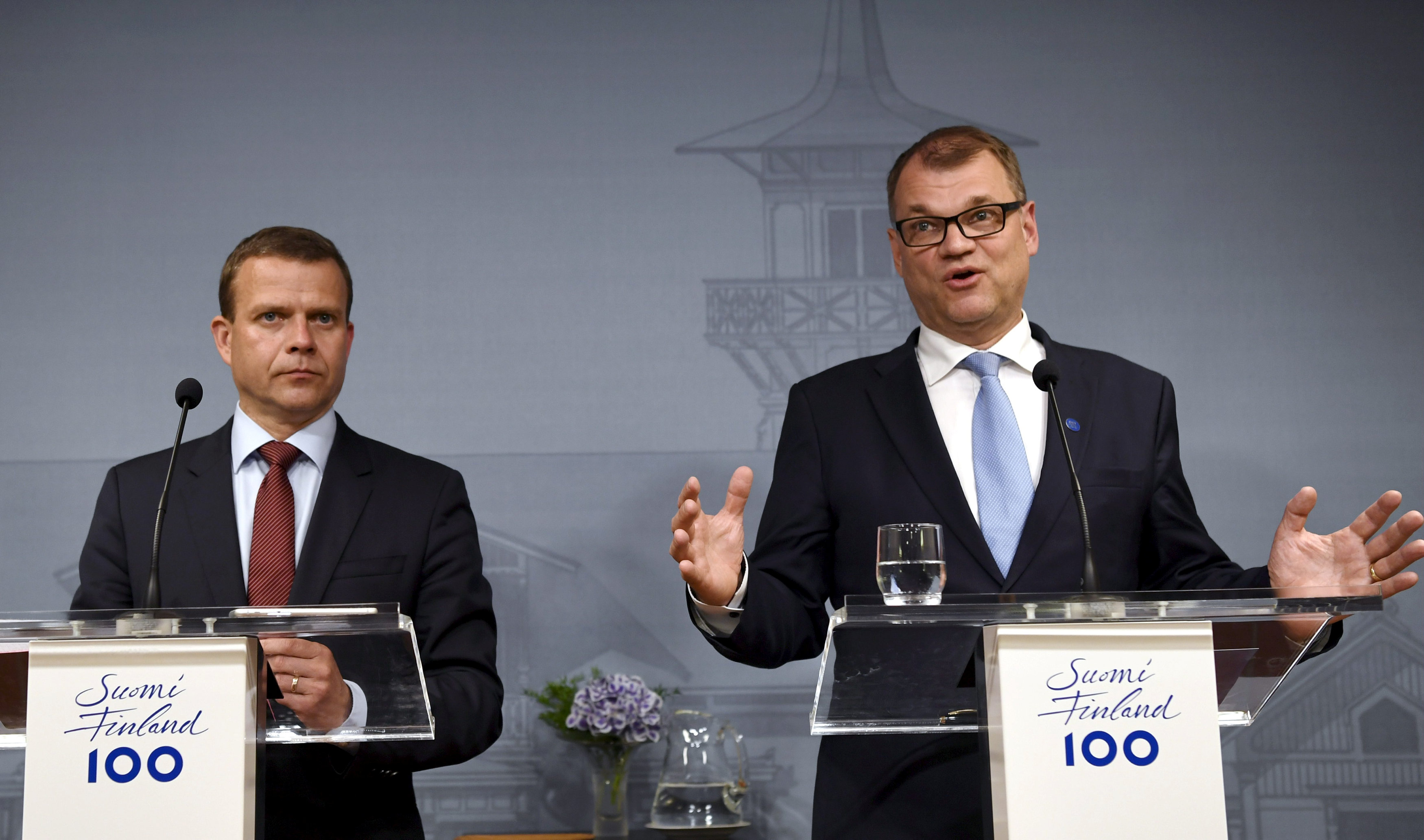 Helsinki: Finland's Prime Minister Juha Sipila moved on Monday to break up his three-party centre-right coalition, saying he wanted to eject the nationalist Finns Party, days after the Finns chose a new anti-immigration leader.
Analysts said Sipila would most likely seek replace Finns Party with two small opposition parties.
That would secure a narrow majority in the parliament and help keep his fiscal policy and reform plans on track.
The Finns party, the country's second-biggest parliamentary group, on Saturday chose Jussi Halla-aho as its new leader and replaced three deputy leaders with anti-immigrant hardliners, steering the moderate protest party towards a more radical right-wing populism.
Sipila and Finance Minister Petteri Orpo from the third coalition partner, the pro-European Union National Coalition Party, said they could not cooperate with the Finns party anymore, citing differences in core values and in the immigration and EU policies. "I will make the final decision when I hear the MPs ... But most likely, I will go to meet the president and ask for the resignation of this government," Sipila said.
Halla-aho posted a message on Facebook, saying he would have liked to continue in the coalition, but Sipila and Orpo had not agreed to his demands for tougher immigration policies.
Halla-aho, who wants Finland to leave the European Union, was fined by Finland's Supreme Court in 2012 for controversial comments on a blog.
Sipila said he was aiming to form a new coalition with a parliament majority as quickly as possible.
The Centre and National Coalition parties have just 86 of parliament's 200 seats.
"These may become tough negotiations, and they may be long too. But my aim is that the government programme would be as close as possible to the current one," Sipila said, without naming preferred new partners.
Snap elections are rare in Finland, which has been run by coalition governments with strong majorities for decades.
Analysts said the most likely way forward would be to bring the smaller Swedish People's Party and Christian Democrats into the government.
Both have said they are ready to negotiate.
Such a make-up would give the new coalition 101 of parliament's 200 seats.
"That will be a coalition with a very narrow majority, and the parties will not come to rescue the government for free," said Ilkka Ruostetsaari, professor of politics at the University of Tampere.
For Sipila and Orpo, at stake are major healthcare and local government reform, which are key to their plan to balance public finances.
The government has outlined its plans but has yet to agree on details.
"The two parties have lots at stake in this government, but apparently cooperating with the Finns party from now on is a bigger risk than compromising the reforms," Ruostetsaari said.

Finland is recovering from a decade of stagnation.
The government has sought to improve growth and curb public debt growth by cutting spending and reforming labour laws. Finland's 10-year government bond yield nudged higher after the PM's announcement, widening the spread over benchmark German Bund yields to its greatest in almost three weeks.
Lawmakers in the Centre Party and National Coalition Party are due to hold their own meetings around 1630 GMT to discuss the government's future.