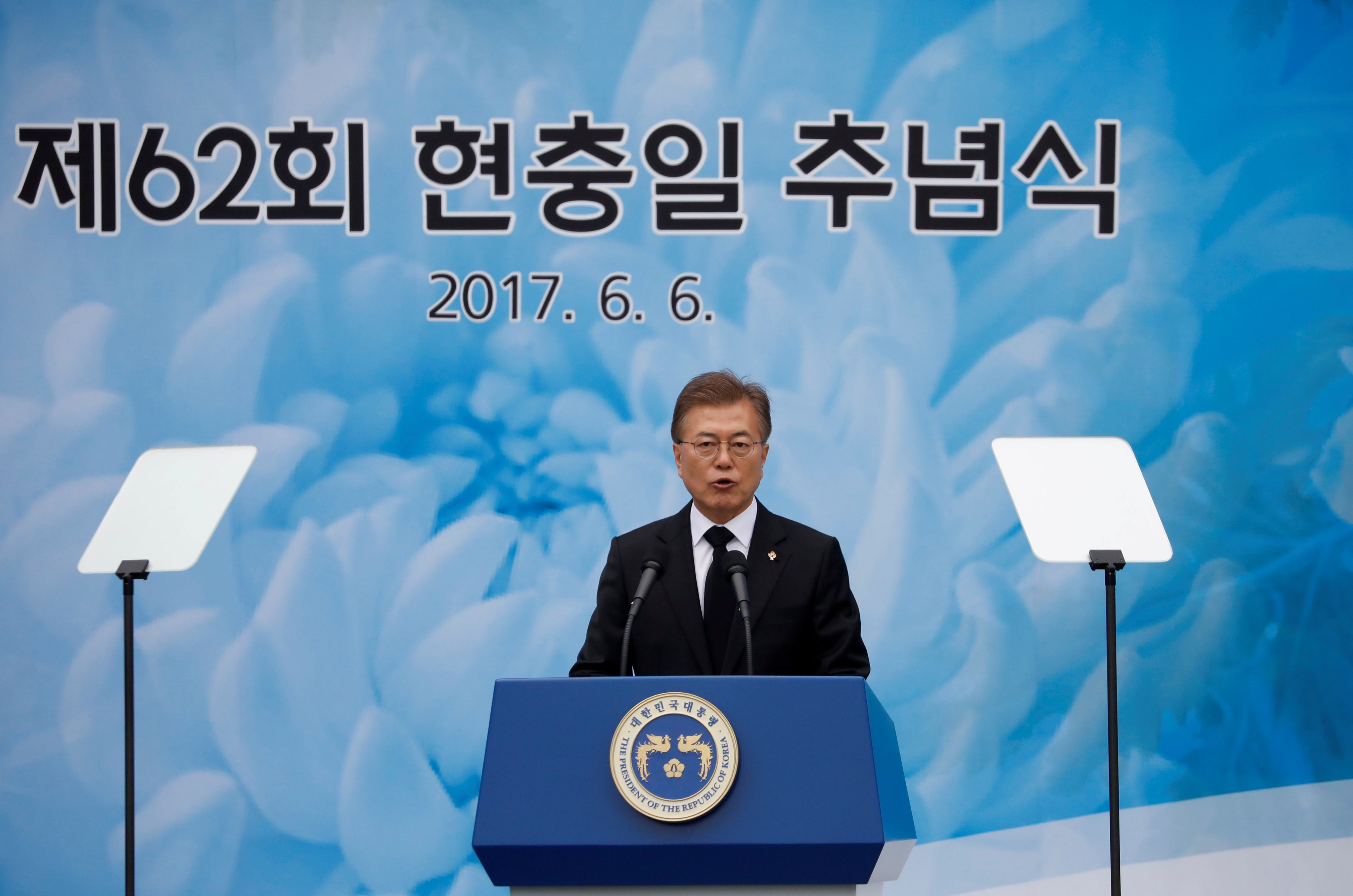 Seoul: South Korea's President Moon Jae-in on Sunday nominated a former navy chief as his defence minister, the president's office said, as the government faces challenges tackling North Korea's rapidly developing weapons programme.
The nominee, Song Young-moo, was well suited to deal with North Korea's nuclear and missile threat, the presidential Blue House office said. Under third-generation leader Kim Jong Un, North Korea has been conducting missile tests at an unprecedented pace in an effort to develop an intercontinental ballistic missile capable of striking the mainland United States.
The North test-launched a new type of its cruise anti-ship missiles on Thursday, its fourth missile test since the South's Moon took office on May 10, pledging to engage in dialogue with Pyongyang.
Song, who served in the navy for more than three decades, was Moon's main security adviser during his presidential campaign, reprising his role in Moon's 2012 presidential campaign.
A decorated veteran, Song took part in a 2009 skirmish between North and South Korean naval vessels off the western coast of the Korean peninsula.
Song's appointment does not need parliament's approval, but he must attend a hearing and answer questions from lawmakers.
The Blue House said Song admitted to having falsely registered his residence information in the past, a criminal offence in South Korea.
Many of Moon's ministerial choices have faced an uphill battle in parliament on this and other ethical issues, and lawmakers are likely to grill Song the same way.
He is expected to cooperate with the United States, the country's major military ally, to respond to the North's growing missile threat.
The government has said it will not change a pact with the United States for the deployment of a U.S. anti-missile system in South Korea, despite its decision to put on hold the full installation pending an environmental impact review.
Moon also tapped a human rights expert as justice minister tasked with reforming the prosecutors' office, the president's office said.
Ahn Kyong-whan, the former chairman of South Korea's Human Rights Commission, now heads a non-profit legal foundation, but has no background as a prosecutor, unusual in a candidate for the ministerial role.