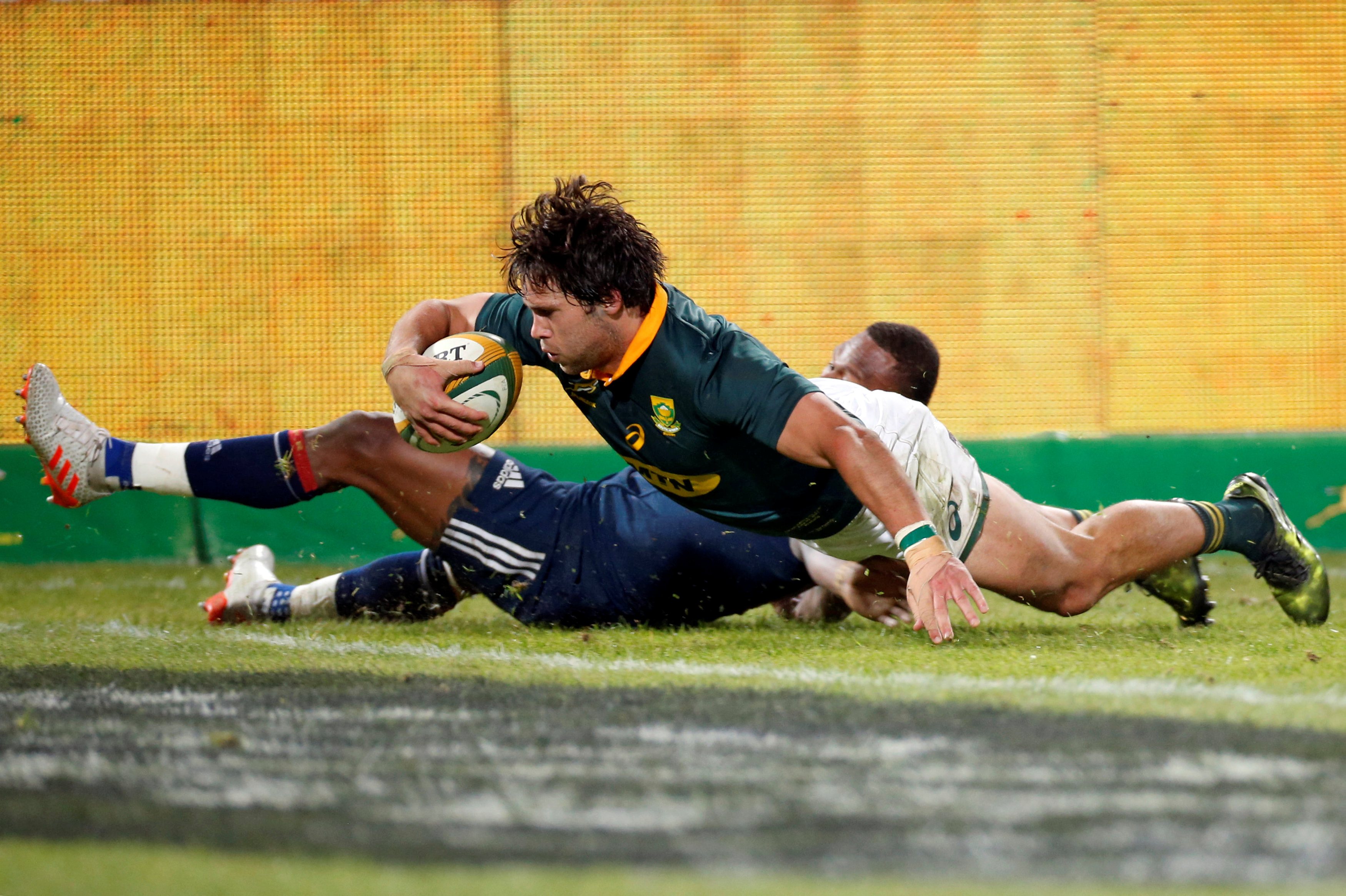 Pretoria: One of the most pleasing aspects for South Africa coach Allister Coetzee of the Springboks' comprehensive 37-14 victory over France at Loftus Versfeld on Saturday was the final five minutes when his team were pinned inside their own 22.
France pushed hard for what would have been a consolation try, but despite having already won the game, the Boks threw tired bodies into the defence of their line.
It was something that had been missing for much of a disastrous 2016, the worst season in their history in which they lost eight of their 12 Tests, suffering historic losses to Ireland, Argentina and Italy.
"It was not a perfect performance, but what I can say is that there is a fantastic team environment that has taken shape," Coetzee told reporters.
"The last five minutes of the game, which was basically won, was spent in our 22 and we didn't concede a try. There is a brotherhood building, about putting your body on the line for one-another."
The Boks scored four tries and were noticeably more willing to keep the ball in hand rather than the aimless kicking that characterised their game last year.
"We have closed the chapter on 2016," Coetzee said. "I was very happy with the performance. We are moving in the right direction. This is the first step of 13 games this season and our defence, attack and kicking game were all improved.
"We had enough width to attack, the breakdown was unbelievable, in the physicality and the collisions, I thought we were ahead."
Unlike last year's Boks that looked fearful in the face of the opposition, Coetzee said there was a new "attitude" and positivity around the team.
"You can fix mistakes, but it is harder to fix attitude. That is what the players showed. When there was a mistake, there was a scramble to fix it and a lot of positivity and encouragement."
Coetzee conceded that the Boks are likely to face an improved France next Saturday in Durban with the return of a number of their leading players after coach Guy Noves made 10 changes to his side for the first Test from the team that finished the Six Nations with a 20-18 win over Wales.
"It will be a massive step up from France next week and we cannot drop our guard. We can celebrate now, but are aware the French will rise up."