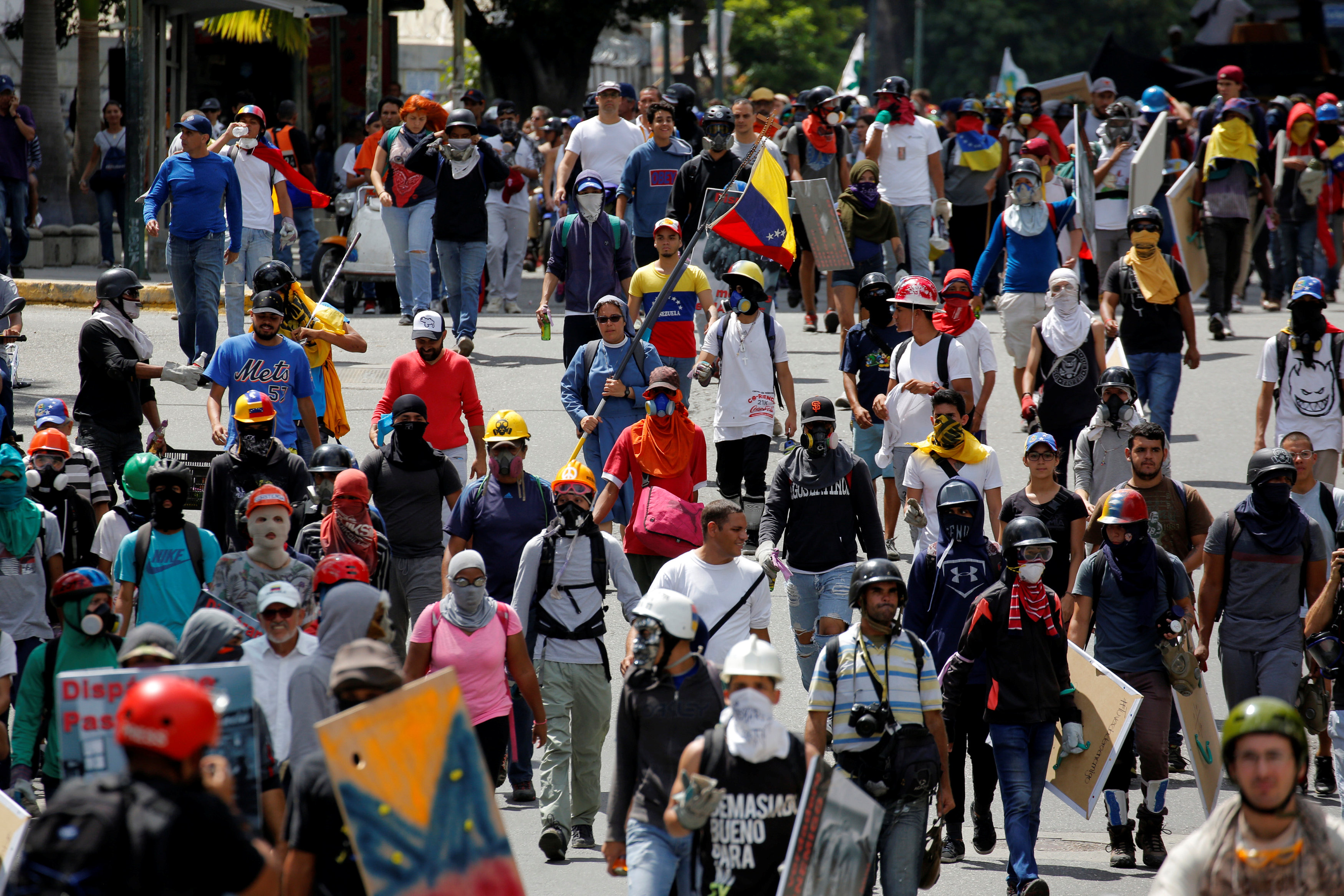 Caracas: President Nicolas Maduro's plan to rewrite the constitution is opposed by 85 per cent of Venezuelans, according to a survey by polling company Datanalisis carried out as protests calling for presidential elections grew increasingly intense.
In the poll, conducted between May 29 and June 4, 85.0 per cent of respondents agreed with the statement: "There is no need to change the current constitution. What the government should do is enforce it." Maduro, 54, has called a July 30 election to choose lawmakers who will then work on the new charter, calling it a way to restore peace after two months of anti-government unrest that has killed 67 people. However, opposition parties say they will not take part in the election, which could dissolve the current, opposition dominated parliament.
The proposal has run into rare criticism from within the government's own ranks. The opposition says the vote is a sham designed purely to keep him in power and with rules skewed in favour of the government. They want to bring forward the next presidential vote due at the end of 2018.
The poll was posted on the website prodavinci.com, where largely anti-government articles are posted, and confirmed by Datanalisis' head Luis Vicente Leon, who has been a strong critic of President Nicolas Maduro. Datanalisis did not reveal the number of participants, saying the interviews were done by telephone with families from a range of economic backgrounds.
Maduro's government has been put under pressure by two months of often violent opposition street protests that have led to at least 67 deaths, thousands of injuries, hundreds of arrests and widespread destruction. Protesters gathered again on Saturday for a march dubbed "towards victory." Maduro calls violent protesters "terrorists" who are seeking to topple him with the help of the United States and other foreign powers.
German Chancellor Angela Merkel on Friday called the situation in Venezuela "concerning," in comments the government decried as interference that would fuel opposition violence. Maduro's approval rating in the poll was 21.9 per cent, including people who considered his performance as president, not bad, good and very good.