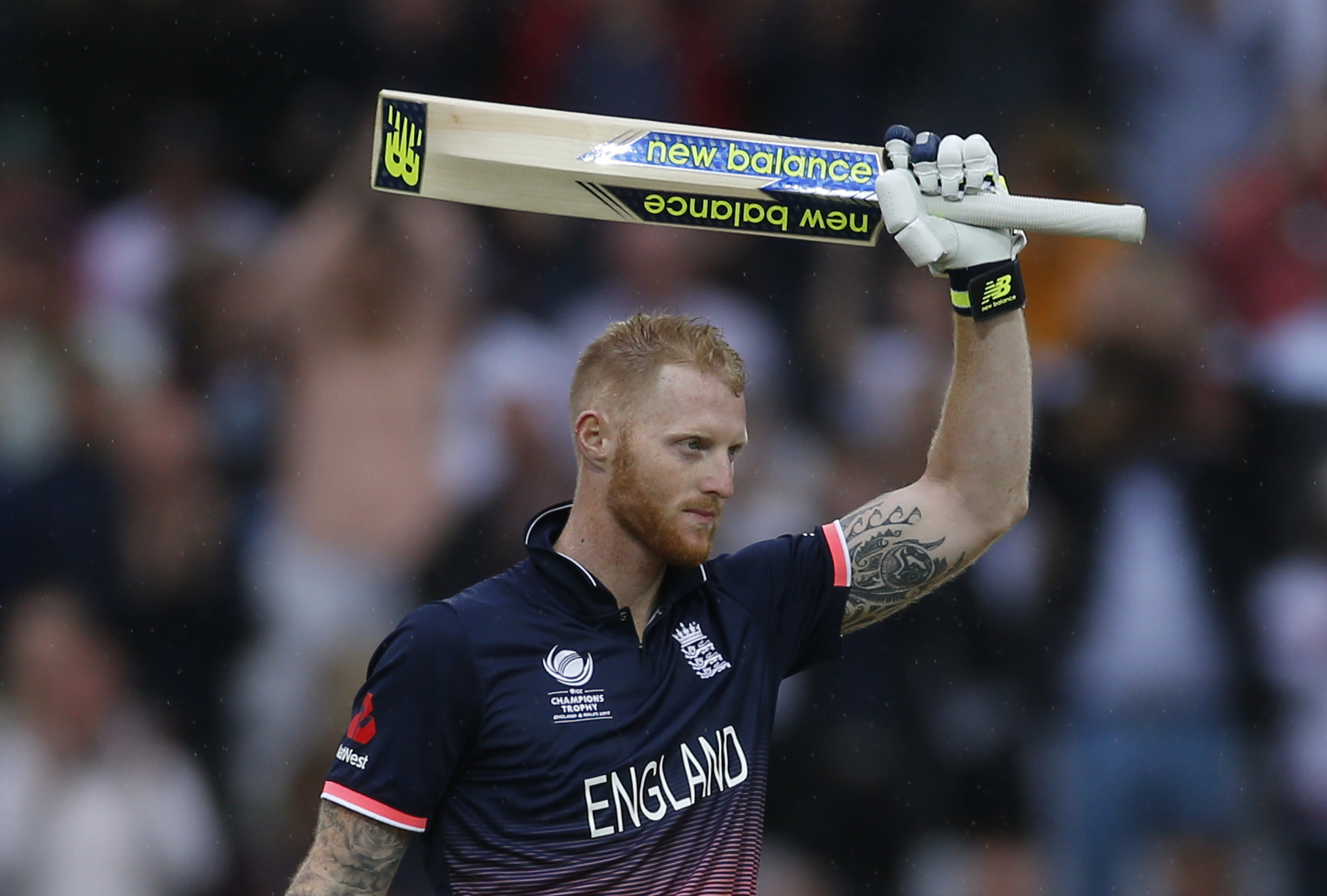 Birmingham: Australia were knocked out of the Champions Trophy without winning a game after Ben Stokes' stunning century guided England to an impressive 40-run Duckworth-Lewis victory on Saturday.
Australia, whose two previous games against New Zealand and Bangladesh were rained off, scored 277 for nine from 50 overs -- with Mark Wood and Adil Rashid talking four wickets apiece -- and had reduced England to 35 for three in response.
But, after a brief rain break, Eoin Morgan (87) and Stokes (102 not out) dismantled the Australian attack, scoring freely in a partnership of 159 before Morgan was run out when closing in on his century.
But Stokes brought up his hundred with a cut through the covers, and he and Jos Buttler (29 not out) carried England home with the hosts comfortably ahead on Duckworth-Lewis.
England are joined in the semifinals by unfancied Bangladesh, who beat New Zealand in Group A on Friday.
Having been put in to bat, Australia set about building an imposing score.
After David Warner was dismissed for 21, Aaron Finch and Steve Smith scored freely to race past 100.
Finch struck eight boundaries in his 68 when Morgan took a superb catch off the bowling of Stokes, before Rashid had Moises Henriques (17) caught with Australia 161 for three.
Smith (56) fell to Wood, while Jason Roy sensationally caught Glenn Maxwell (20). He scooped the ball on the boundary, off-balanced, before throwing it in the air and catching it again as he ran back into the field of play.
The impressive Rashid dismissed Matthew Wade (2) and Mitchell Starc (0) in one over, and Pat Cummins (4) in his next as England finished superbly.
After Wood claimed his fourth wicket, bowling Adam Zampa for a duck, Travis Head (71 not out) smashed two late sixes as Australia finished on 277 for nine.
England's response got off to a terrible start with out-of-form Roy (4), Alex Hales (0) and Joe Root (15) gone inside six overs as England slumped to 35 for three before the first rain break.
The break helped England as the swashbuckling duo of Morgan and Stokes both completed confident fifties with a series of lusty blows to bring up their 100 partnership.
The onslaught continued and a century beckoned for Morgan but he was run out by Zampa.
However, any thought of an Australia fightback was ended by Stokes, who struck 13 boundaries and two sixes, and Buttler who marshalled England until heavy rain ended the game.