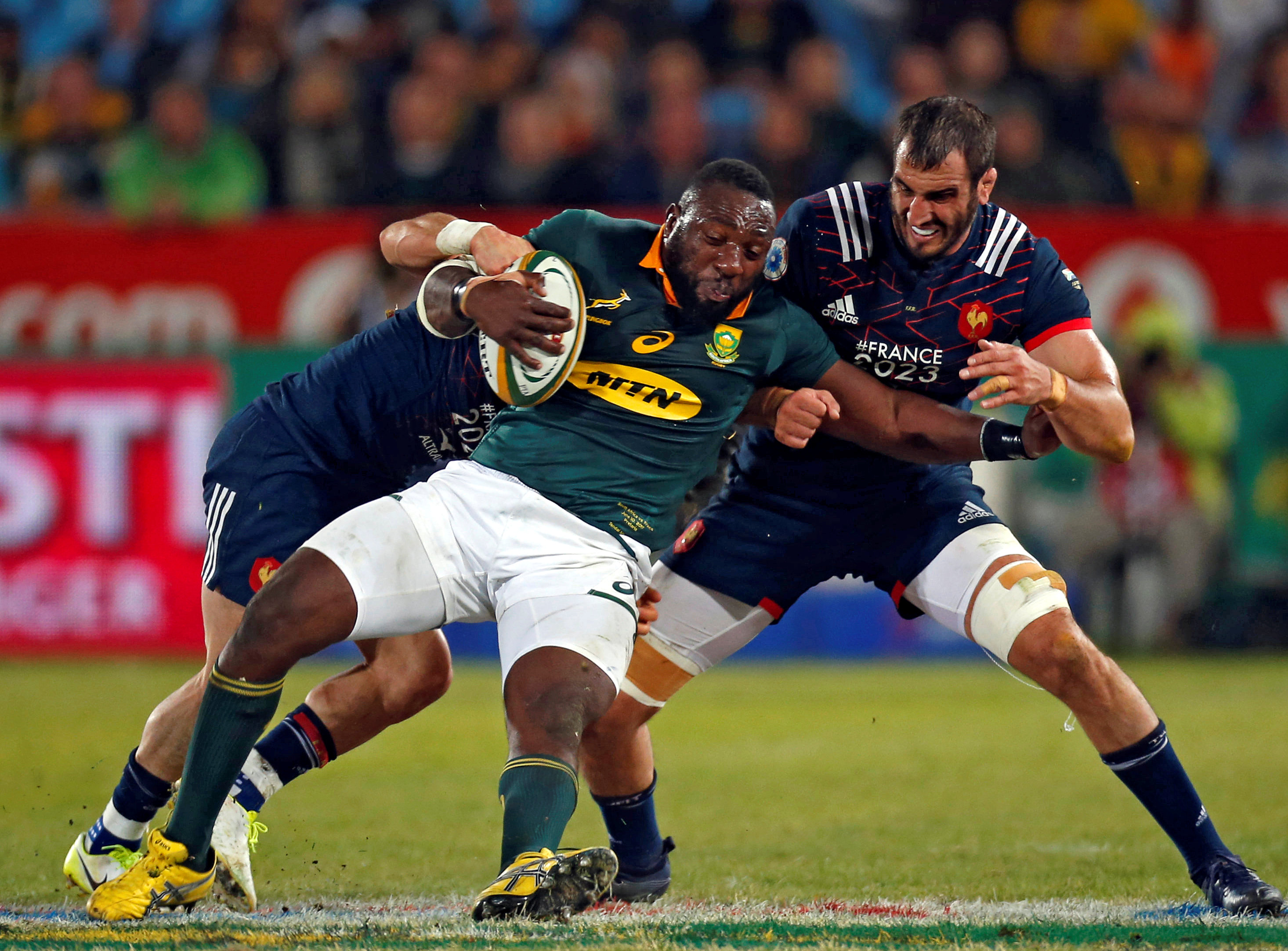 Pretoria: Scrumhalf Ross Cronje scored a try on his debut as South Africa returned to form with a 37-14 victory over an under-strength France in the first Test at Loftus Versfeld on Saturday.
The Springboks started nervously but scored four tries as centres Jesse Kriel and Jan Serfontein also crossed over, to go with a penalty try.
France, who had made 10 changes from the side that played Wales in their final Six Nations match in March, were in the game until the final quarter as centre Henry Chavancy and replacement scrumhalf Baptiste Serin crossed the tryline for the visitors.
There were green shoots of recovery for the Boks after their disastrous 2016 season in a game watched by just 29,313 fans, the second-lowest attendance for a Test in Pretoria.
Only a match against Samoa in 2002 drew fewer spectators. Two penalties from flyhalf Elton Jantjies were all they had to show for early dominance of possession after some stout French defence and poor decision-making from the Boks.
The opening try came as fullback Andries Coetzee found a gap and sprinted clear, with the ball reaching Kriel to score. If Coetzee was the architect of that try, he was at fault for the French reply four minutes later.
A rare break by wing Yoann Huget saw a chip ahead and as the ball landed in the Bok goal area Coetzee made no attempt to gather it. Huget could not collect either but the ball was knocked back to Chavancy to dot down.
France closed the gap to two points when Serin darted over from close range and at that stage it looked as though the momentum was with the visitors. But minutes after the introduction from the bench of Frans Steyn for his first Test since 2012, the centre provided a perfect grubber kick for Courtnall Skosan to chase.
The wing could not reach it but was adjudged by the television match official to have been held back by France fullback Brice Dulin and a penalty try was awarded.
A well-worked routine from the line-out saw Cronje sprint clear to score shortly afterwards, and Serfontein scored a fourth try that made the game safe after he was set free by Coetzee.
The second Test will be played in Durban next Saturday, with the final match in the series at Ellis Park in Johannesburg on June 24.