May finalises cabinet amid minority government talks with DUP 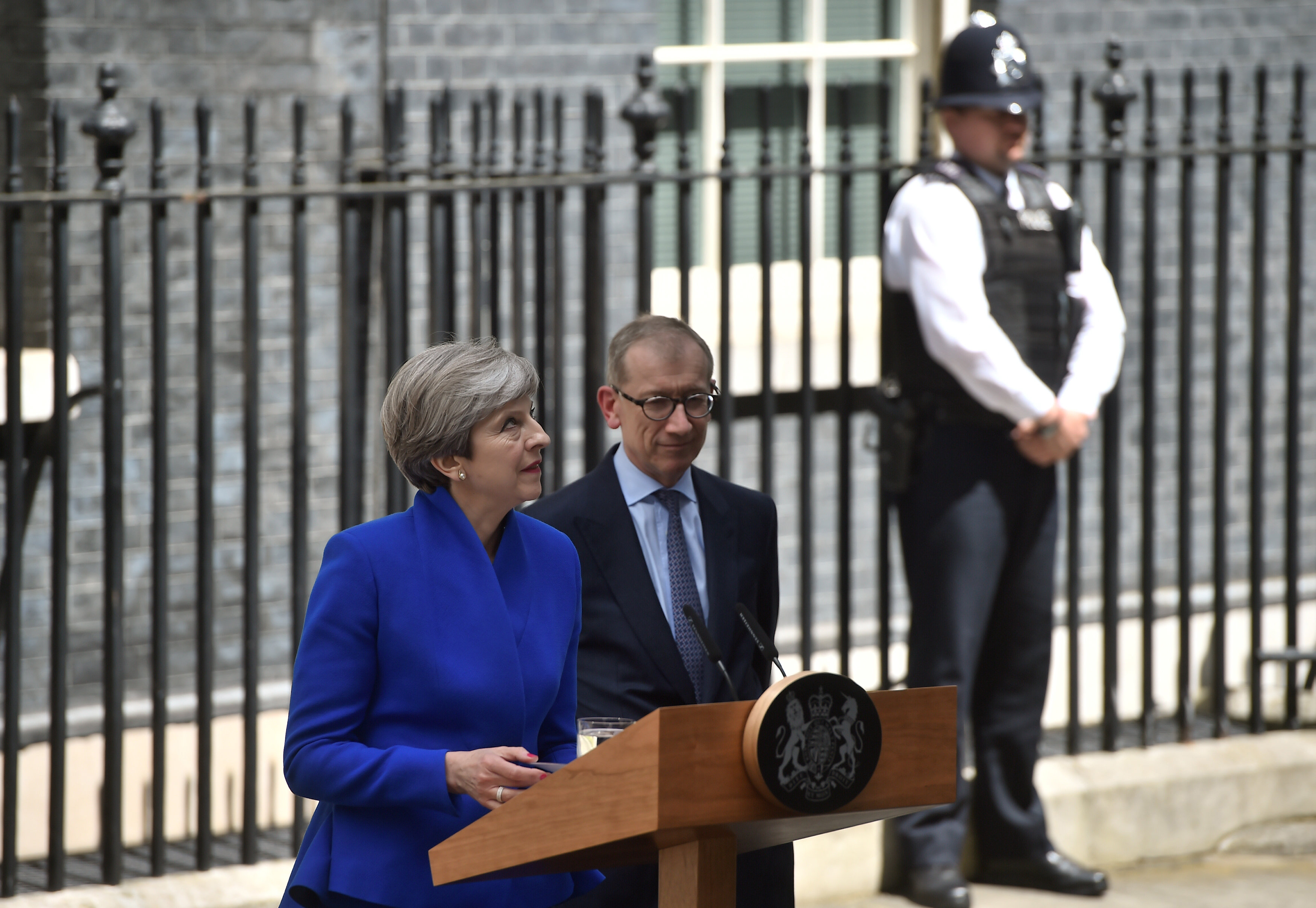 London: Embattled British Prime Minister Theresa May on Saturday began finalising her cabinet of ministers and held talks with the Democratic Unionist Party to determine the contours of the party's support for her minority government.
Many of the key cabinet posts have already been declared as unchanged from the previous government, including Philip Hammond as Chancellor of the Exchequer, Amber Rudd as home secretary, Boris Johnson as foreign secretary, David Davis as Brexit secretary and Michael Fallon as the in-charge of the ministry of defence.
May remains in 10 Downing Street with a much diminished power base after her Conservative party fell short of an overall majority in the House of Commons, the lower house of the UK Parliament, as the general election results threw up a hung Parliament on Friday. She reportedly abandoned plans for a major reshuffle of her cabinet to keep her senior Tory party colleagues on her side.
She is expected to meet with her newly-reassembled ministerial team over the weekend in an attempt to quell any rebellion within Tory ranks. While May's top team has been left unchanged, she will have to fill gaps in her ministerial team after nine junior ministers lost their seats in what has been characterised as a disastrous election night for the ruling party, with the shock results going against every pre-election opinion poll forecast and the Jeremy Corbyn-led Opposition Labour faring far better than predicted.
On Friday, May declared her intention to lead a government with the support of the Northern Ireland MPs of the Democratic Unionist Party (DUP) -- describing the tie-up as a government of "certainty". "This government will guide the country through the crucial Brexit talks that begin in just 10 days and deliver on the will of the British people by taking the United Kingdom out of the European Union," she had said. However, there have been serious doubts on the stability of such a government and May's own leadership of the Tory party. A snap survey conducted by the Conservative Home website revealed that 60 per cent of party members believe May should quit while just 37 per cent of the 1,500 members who took part said she should stay in her post.
Boris Johnson, Amber Rudd and David Davis are among the possible replacements, should May be forced out by her own party in the coming months. Many of the party members are also uncomfortable with the kind of deal that will have to be struck with the DUP, a socially conservative party.
There is also anger among the party membership over the huge election losses and May's gamble to call a snap general election a full three years ahead of when it would have been officially due in 2020. Instead of a projected landslide in her favour, May ended up throwing away the small majority that the former David Cameron-led party had won in the 2015 general election.
The Conservatives finished the election with 318 seats, eight short of the 326 needed for a majority, and the party is now dependent on the 10 DUP MPs to ensure legislation can be passed through a hostile House of Commons. The DUP finds itself in the unique position of being kingmakers and are expected to demand a host of concessions for their support to shore up a Theresa May-led shaky Tory government. The DUP had campaigned for Brexit in the June 2016 referendum but are considered against a so-called 'hard Brexit', which would see Britain leave the European Union (EU) single market and customs union. This is expected to have an impact on the Brexit negotiations, which are due to open with the EU on June 19.
Meanwhile, May's two closest advisers, Nick Timothy and Fiona Hill, resigned on Saturday after taking responsibility for the election debacle for the Conservative Party which failed to get a simple majority. Timothy, one of two chiefs of staff on whom May relies heavily, said he took responsibility for his role in the Tory manifesto, criticised by many MPs, BBC reported.
Timothy, who has worked with May since she was in the Home Office, hoped MPs would get behind the Prime Minister for the good of Brexit. "I take responsibility for the content of the whole manifesto, which I continue to believe is an honest and strong programme for government," he said in a post for Conservative Home.