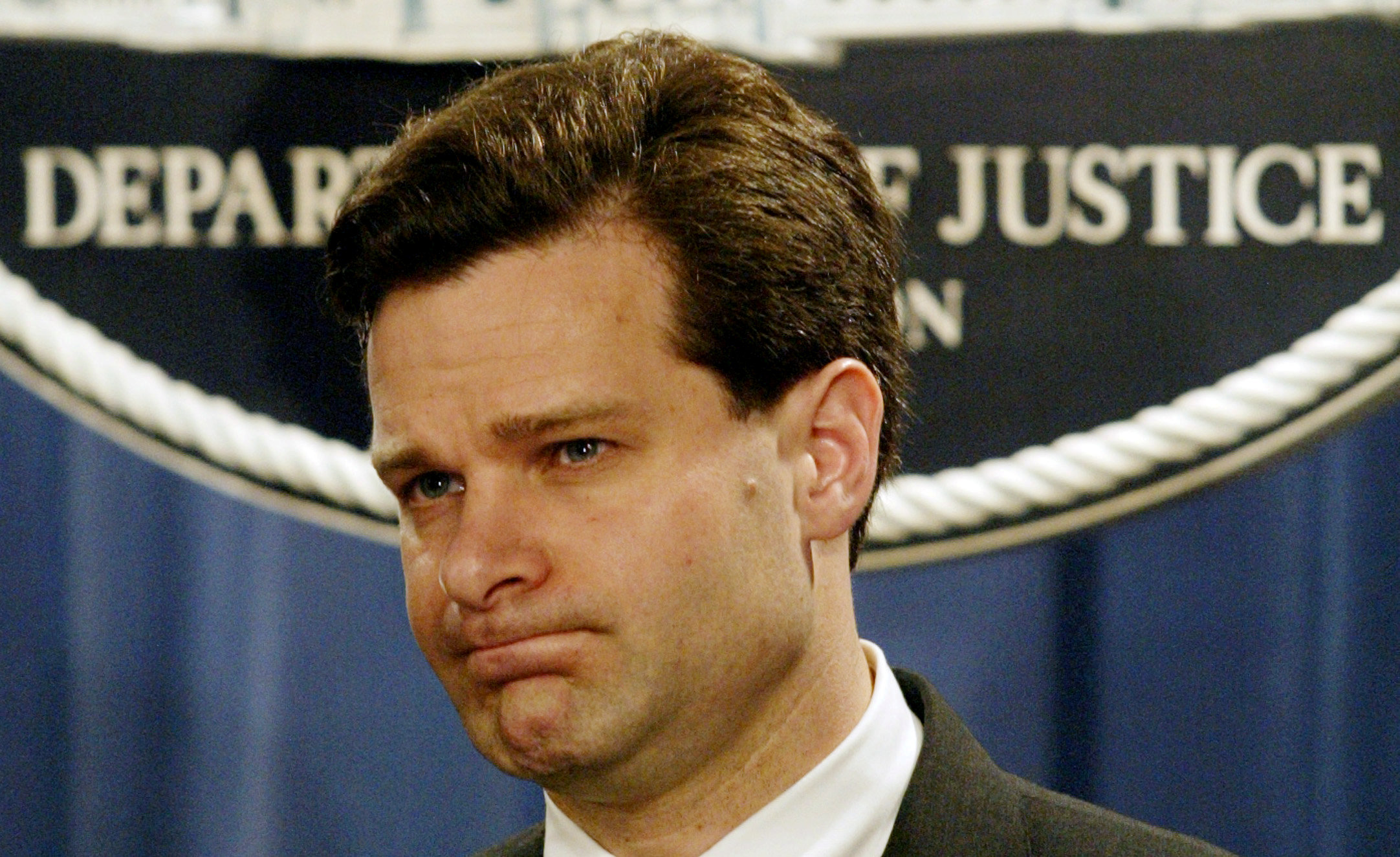 Washington: President Donald Trump on Wednesday selected former U.S. Justice Department official Christopher Wray as FBI director to replace the fired James Comey, who will testify on Thursday on whether Trump pressed him to end a probe into a former national security adviser's contacts with Russia.
Wray, who represented New Jersey Governor Chris Christie in the so-called Bridgegate scandal and was assistant attorney general in the Justice Department dealing with corporate fraud and financial markets cases, will need Senate confirmation to take the top job at the Federal Bureau of Investigation.
Trump's early-morning Twitter announcement came a day before Comey was set to appear before the Senate Intelligence Committee for eagerly anticipated testimony. Some Democratic lawmakers said the president's timing seemed designed to distract from Comey's testimony and other congressional testimony on Wednesday.
In his first public remarks since Trump fired him on May 9, Comey is expected to be questioned about whether the president asked him during an Oval Office meeting to end the FBI's probe into ties between former White House national security adviser Michael Flynn and Russia - part of its investigation into possible collusion between Trump's 2016 election campaign team and Russian officials.
"I will be nominating Christopher A. Wray, a man of impeccable credentials, to be the new Director of the FBI. Details to follow," Trump said in a Twitter message. "It appears, obviously, that the president is trying to change the topic because we've got two days of hearings here that could be explosive," Senator Mark Warner, the top Democrat on the intelligence panel, Warner told MSNBC.
On Wednesday, lawmakers will hear from Deputy Attorney General Rod Rosenstein, the No. 2 official at the Justice Department who signed a letter recommending Comey's dismissal.
Some lawmakers praised the pick. "Chris Wray is tough, qualified and principled," Republican Senator Ben Sasse, a frequent Trump critic, said in a statement. "I look forward to sitting down with him to discuss both his commitment to our justice system and his vision for restoring public trust." Republican Representative Mike Conaway, who is leading the House of Representatives intelligence committee probe of the Russia matter, told reporters: "It appears from the reading of his biography it's a great choice for FBI director." Conaway said he had received no advance notice of the nomination.
Wray, now in private practice at King & Spalding, served from 2003 to 2005 at the Justice Department under former president George W. Bush as an assistant attorney general in charge of its criminal division, according to his biography on the law firm's website. Trump chose Wray with the goal of "restoring confidence and integrity to the FBI," said a White House official, speaking on condition of anonymity.
Wray had an initial interview with the Justice Department on May 24 and met with Trump on May 30, the official said. Wray is a litigation partner at King & Spalding's Washington and Atlanta offices, handling white-collar criminal and regulatory enforcement cases, according to the firm. He represented Christie in the Bridgegate political scandal that resulted in two of the governor's aides being convicted.
Christie, who became a close adviser to Trump during the campaign and whose name was floated as a possible Comey replacement, was never charged. "He’s extremely professional, not a guy who seeks out the limelight," said Randy Mastro, who represented Christie's office while Wray represented the governor himself over Bridgegate.
Comey's appearance before the Senate Intelligence Committee could be a turning point in a controversy that has rocked Trump's young administration. The White House has said Flynn, who was fired in February, misled Vice President Mike Pence about contacts with Russia's ambassador to the United States before Trump took office in January. In the aftermath of Comey's firing, Rosenstein on May 17 appointed former FBI chief Robert Mueller as a special counsel to investigate the Russia matter.