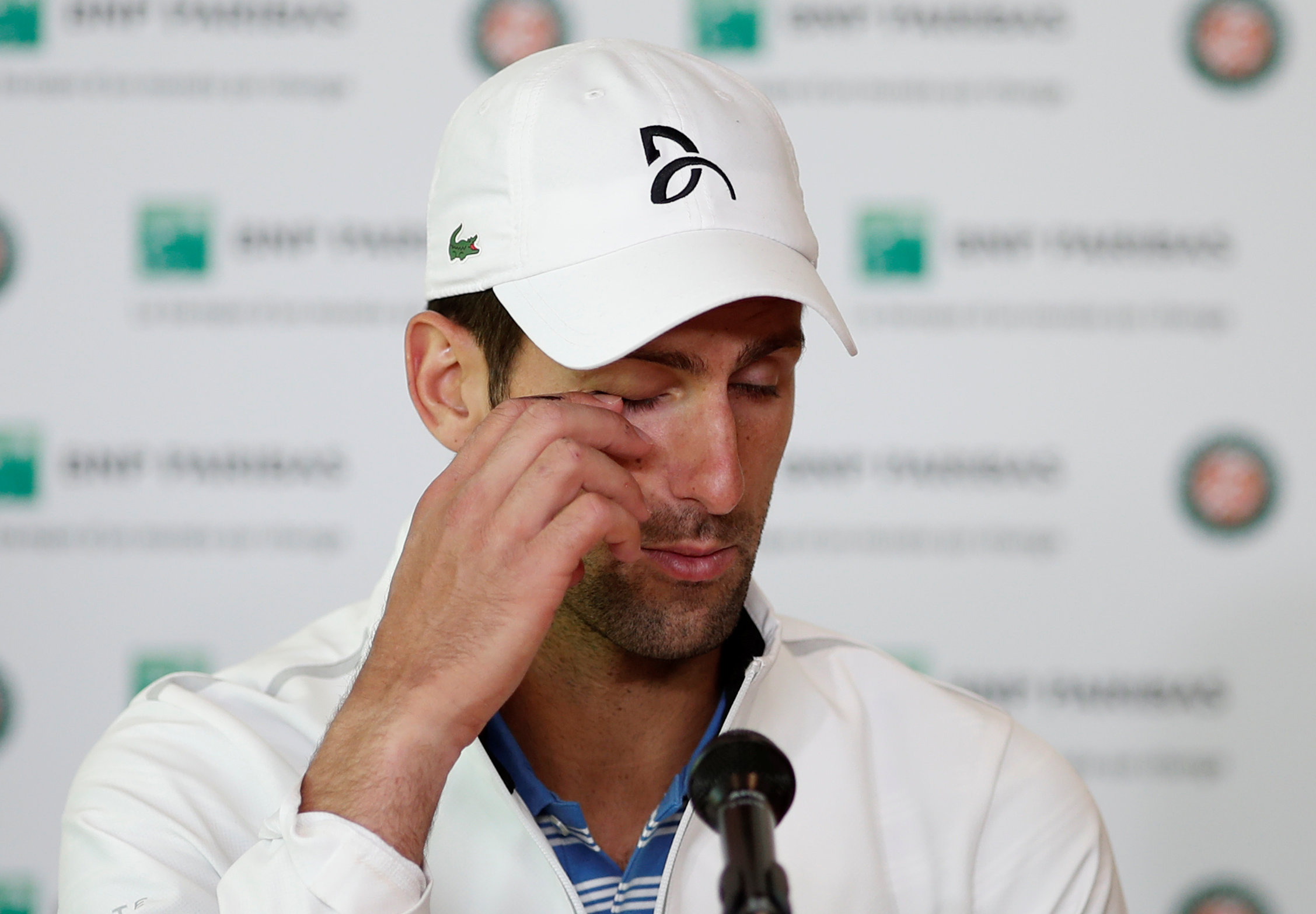 Belgrade: Having enjoyed an iconic status among Serbian tennis fans for the best part of his career, Novak Djokovic was scorned by many of them after a tame straight-sets defeat by Austrian Dominic Thiem in the French Open quarterfinals on Wednesday.
"It's not that he lost but the manner in which he lost," said one fan on the B92 website's (www.b92.net) message board after the effervescent Thiem swept aside the former world number one and defending Roland Garros champion 7-6 (5), 6-3, 6-0.
"His career has plummeted since he won last year's French Open and now constitutes an ordeal of a passionless competitor."
Another supporter pulled no punches in echoing his views on Djokovic's current form.
"Novak has disintegrated into a million pieces," he said.
Djokovic, who is now assured of losing the No. 2 spot in the ATP rankings, has suffered a dramatic dip in form since winning his maiden French Open title last year, the last of his overall 12 Grand Slam honours.
In December, he parted company with coach Boris Becker who helped him to six Grand Slam titles during his three-year stint with the Serb, who also dismissed the rest of his backroom staff last month with the exception of Spaniard Pepe Imaz.
Former player Imaz, described as a "spiritual guru" was the squad's only survivor to welcome the arrival of Andre Agassi, who teamed up with Djokovic shortly before the French Open.
But Agassi left midway through the tournament due to what Djokovic had described as prior personal arrangements and the 30-year old from Belgrade was blown away by Thiem after beating Spaniard Albert Ramos Vinolas in his mentor's absence.
Many Serbian fans feel that Djokovic has hit his lowest ebb since turning professional in 2003 and few were confident that he would return to the pinnacle.
"The only positive Djokovic can draw from his crushing defeat by Thiem is that he can't play any worse than he is doing at the moment," said a disenchanted supporter.
One who introduced himself as an "ex Nole fan" added: "Novak no longer strikes fear into the hearts of anyone on tour. He's become a punching bag."