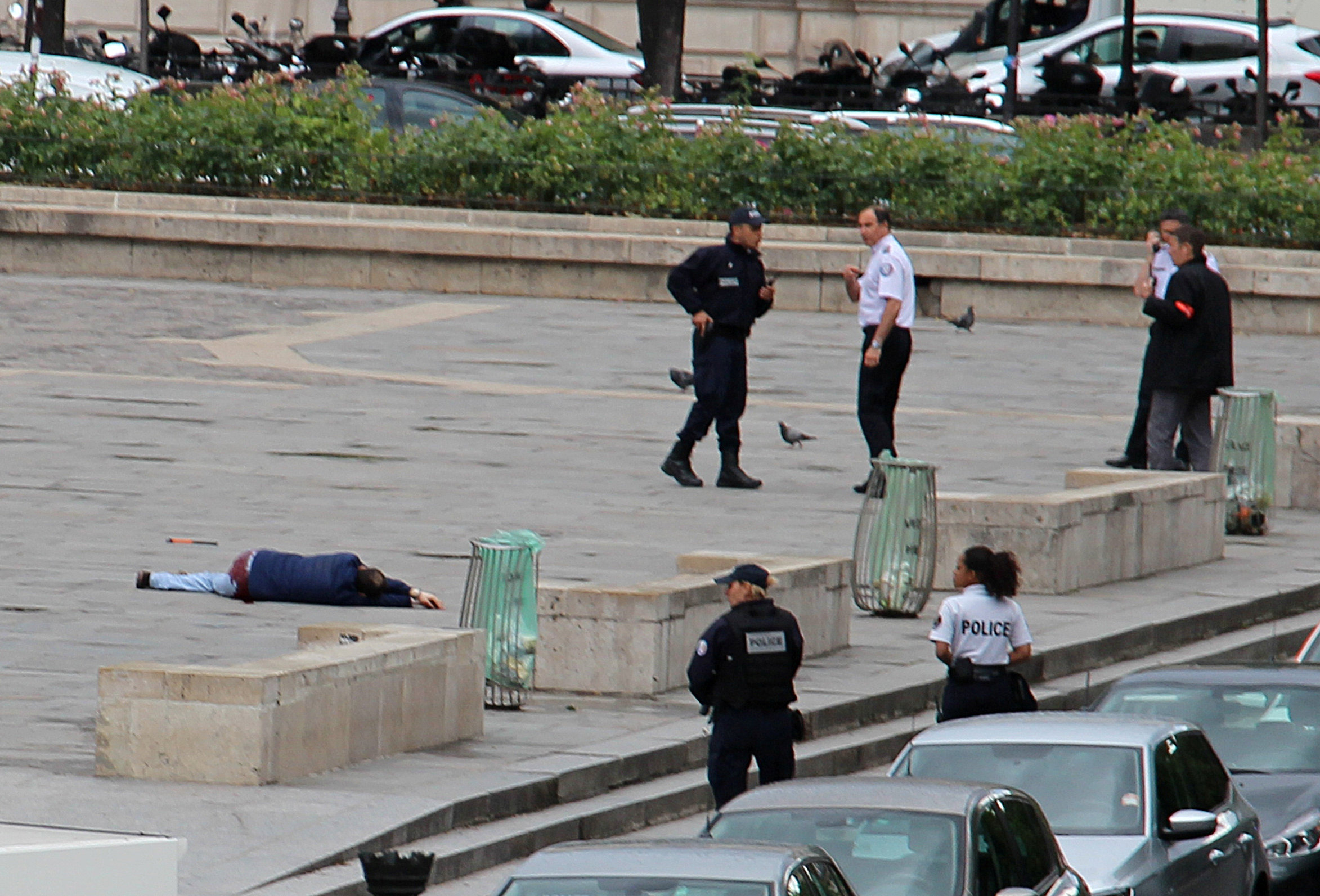 Paris: France created a new counter-terrorism task force on Wednesday, bringing together all the intelligence services, to coordinate the response to attacks, a day after an Algerian student assaulted police officers outside Notre Dame cathedral.
Newly elected President Emmanuel Macron, portrayed by rivals as weak on security during the presidential campaign, ordered the task force to be set up last month to steer France's multiple security agencies from his Elysee Palace offices.
The performance of France's intelligence services has come under close scrutiny since the November 2015 attacks on Paris, when militant gunmen and suicide bombers struck entertainment venues across the capital, killing 130 people.
In total, more than 230 people have been killed in a wave of attacks in France either claimed by or inspired by IS over the past two-and-a-half years.
In Tuesday's attack, a 40-year-old Algerian student armed with a hammer and kitchen knives shouted "this is for Syria" as he struck at and wounded a policeman, before being shot by police officers.
A source close to the investigation named the assailant as Algerian-born Farid Ikken, a PhD student of communications registered since 2014 at a university in the eastern city of Metz.
The source said that a video in which Ikken pledged allegiance to IS had been found in his flat in Cergy-Pontoise, northwest of Paris, during a police raid on Tuesday evening, after the attack.
Government spokesman Christophe Castaner said the assailant had not previously "shown any signs of radicalisation".
One academic who taught Ikken, a strong linguist who spoke French, English, Arabic and Swedish, described his student as an individual who at times felt lonely. But he said he "fell off his chair" when he saw the news of his implication in an attack.
"When I knew him he was pro-West and very much a supporter of democratic values. There was never any outward sign of excessive adherence to religion," Arnaud Mercier, Ikken's thesis tutor, told BFM TV.
"The only thing I knew he denied himself was alcohol but not drinking alcohol does not make you an hardline."
Mercier said he last saw Ikken in June 2016, and was surprised when his student failed to reply to his message in November saying they needed to arrange a meeting.
Government spokesman Castaner said that Iken was being held in custody in hospital and that his words "this is for Syria" meant his attack was being treated as a terrorist incident.
Macron on Wednesday appointed Pierre de Bousquet de Florian to head the new intelligence task force known as the National Centre for Counter Terrorism. It will be under the direct authority of the president.
The new task force chief once headed France's DST internal intelligence service, which was disbanded under former president Nicolas Sarkozy.
It will include some 20 people representing the various security services and operate 24 hours, seven days a week.
"This has been created to ensure that the intelligence services truly cooperate," said a French presidency official.
Macron also named career diplomat Bernard Emie, who served as ambassador to Britain, Turkey, Libya and Jordan, as head of the DGSE external intelligence service.