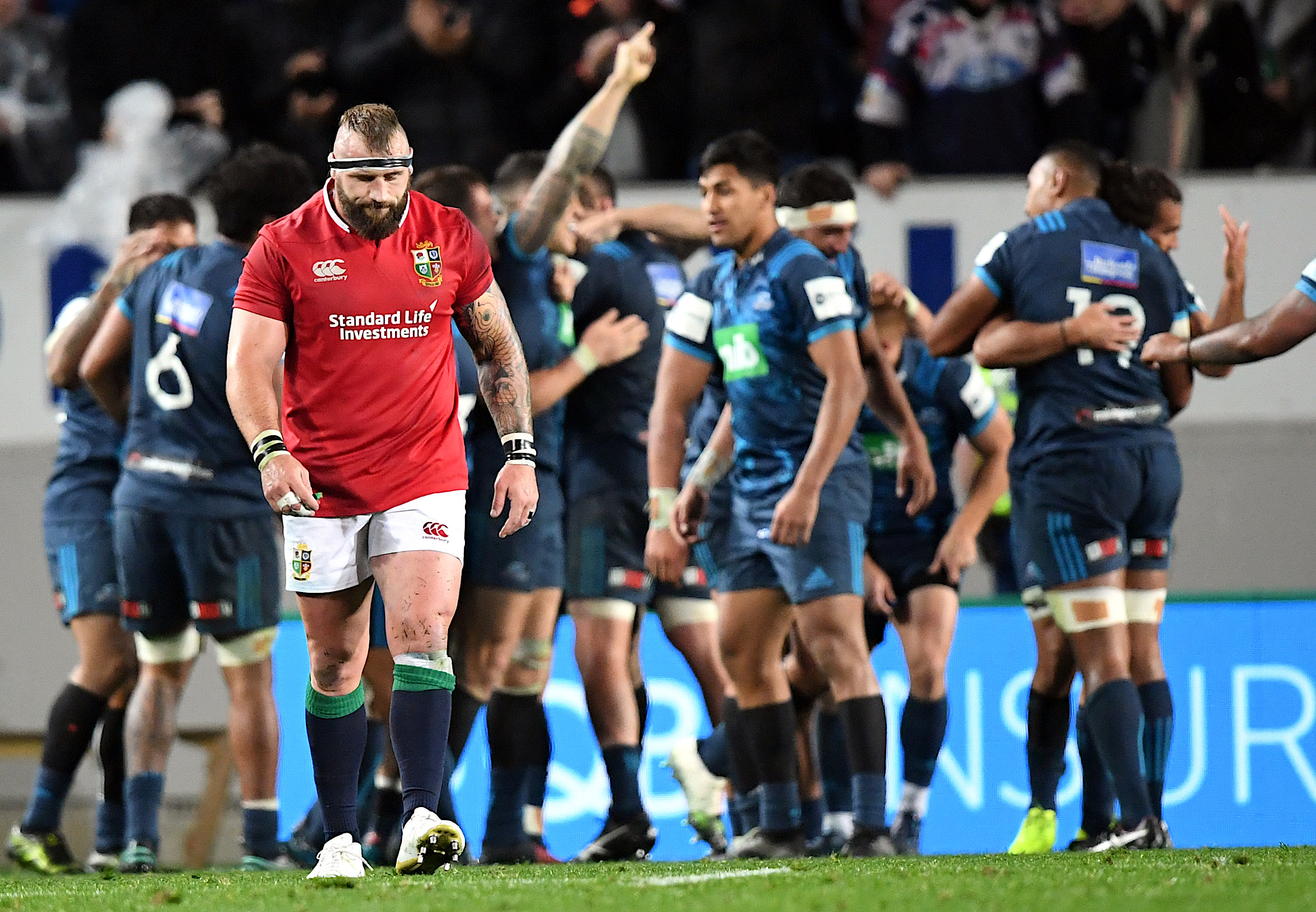 Auckland: A moment of magic was all the difference in the British and Irish Lions 22-16 loss to the Auckland Blues on Wednesday, but the experience is only going to improve their chances in the three-match Test series, coach Warren Gatland said.
Ihaia West scooted away for a 75th minute try after two brilliant offloads by Steven Luatua and Sonny Bill Williams to give the Auckland Blues the victory at Eden Park.
"It was just one moment of magic where Ihaia West scored and that shows how dangerous New Zealand can be," Gatland told reporters in Auckland. "Credit to West for his try but we have got to get better at stopping the offloading game."
The loss followed a stuttering 13-7 victory in the tourists opener against a Provincial Barbarians team composed of semi-professional and amateur players in Whangarei last Saturday, and both Gatland and the side have been heavily criticised for that performance.
On Wednesday, they did enough to win the game and showed a marked improvement with more patience and control, a fast defensive line that cut down the Blues' space and better tactical kicking as the game went on.
"There was definitely a step up," Gatland added. "There were some momentum shifts in the game (and) ... the most disappointing thing for me was the amount of penalties we gave away, particularly when we were on attack."
Gatland may have lamented the late West try. However, in reality, it showcased the fundamental difference between the two sides in basic ball-handling skills, willingness to seek space and change the point of attack -- in all of which the New Zealanders looked superior to the visitors.
The former All Blacks hooker, however, still felt the game had been a step in the right direction, with the Lions due to play the Canterbury Crusaders in Christchurch on Saturday.
The Crusaders are unbeaten this season in Super Rugby and stacked with All Blacks, which Gatland said would only help his team as they build towards the first test on June 24.
"I think it was a big step up from our first game on tour and I hope we can take another step up on Saturday," he said.
"It is going to be tough. We always knew it would be. Playing the Super Rugby sides is going to be great preparation for the test matches (because) I don't think there is too much difference between the Super Rugby sides and the All Blacks."
"There is so much depth in this country," he added. "Tonight we will learn a lot and it will give us great preparation. Saturday will as well."