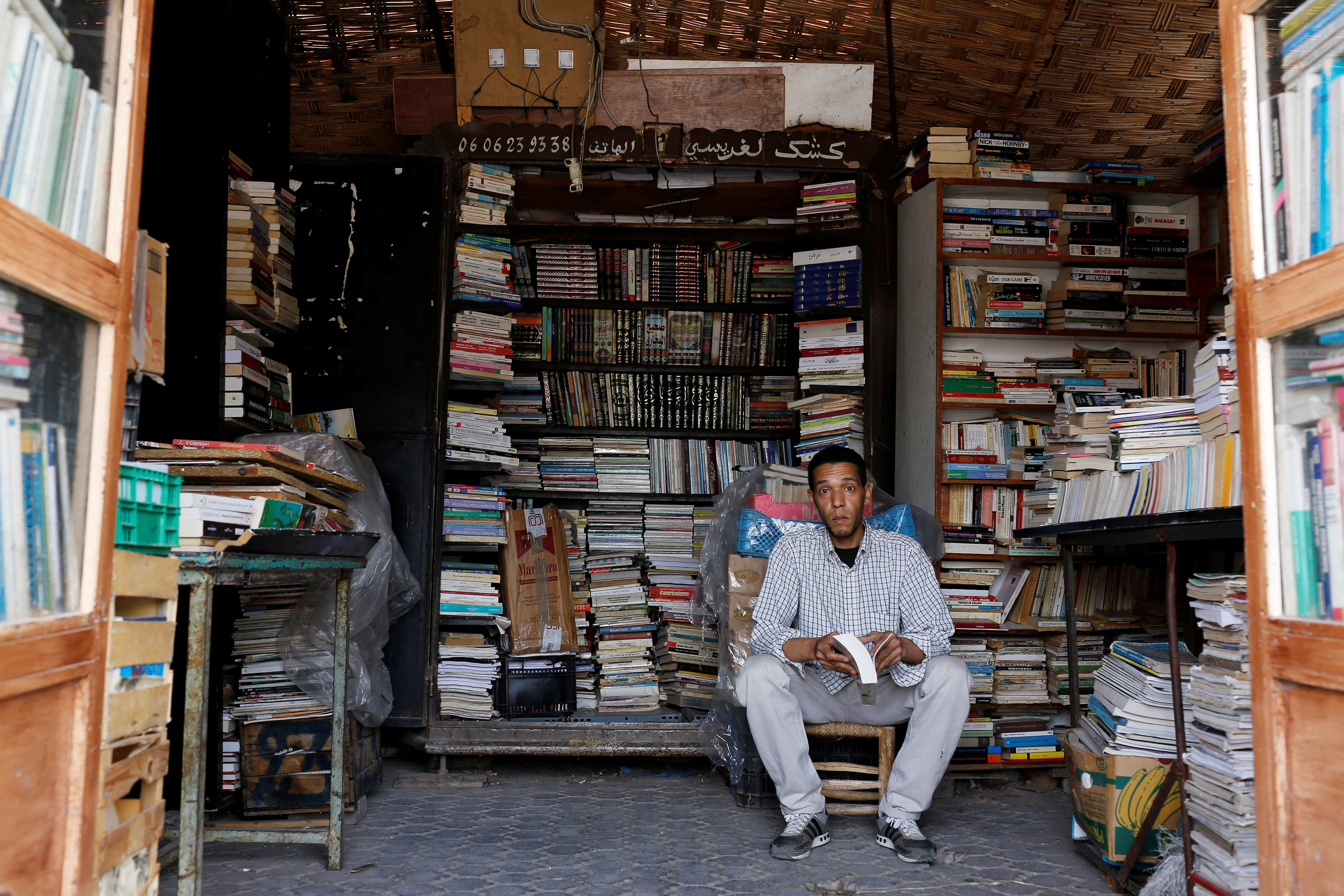 Marrakech (Morocco): Lined up against shopkeepers hawking everything from fresh parsley to colourful socks, Marrakech's historic booksellers face an uncertain future as authorities plan an urban makeover in one of Morocco's tourist hubs.
In the shadow of the 12th century Al Koutoubia mosque - also known as the Mosque of Booksellers - the bustling shops once specialised in handwritten manuscripts and religious texts. It is a business that has been passed down from generation to generation.
Only 26 booksellers remain in Bab Doukkala on the edge of the old city. Their stocks include Arabic translations of Karl Marx, modern Moroccan cookbooks as well as centuries-old manuscripts of Islamic law, some of which sell for thousands of dollars.
Now they face eviction by authorities who plan to move them for the sixth time in 40 years as part of a city replanning project for Marrakech, a former capital and home to some of Morocco's finest mosques, palaces and gardens. Many of the vendors believe they belong in Jamaa El Fna square inside the old historic medina. They had plied their trade in the popular tourist district for years before being kicked out to make way for food stalls decades ago.
"The authorities want to maintain an image of Marrakech that... attracts tourists, like snake charmers and belly dancers," said Bassam Aqdad, who inherited his shop from his father. "Jamaa El Fna has worldwide recognition as a UNESCO world heritage site... We are just as much a part of the square as everything else that remains there."
The uprooted booksellers were forced to settle in Bab Doukkala square on the outskirts of the old town about 10 years ago. The line of shops resemble a shantytown, with books packed among the dusty plastic sheeting and rusty metal frames. Authorities are planning to tear down the Bab Doukkala souk and replace it with a public garden, according to locals.
"This is 'hogra'," said Fettah Belkharchi, 66, using a colloquial term to describe the abuse of power and injustices. The word is commonly used in anti-government protests.
Interior ministry officials and local Marrakech authorities did not respond to calls seeking comment. Trying to form a united front, Omar Zouita, who was among the traders uprooted from Jamaa El Fna, established the "Association of Awareness." But after two more similar bodies were established, some believe attempts are being made to split their ranks.
"They don't want anyone defending booksellers here," Aqdad said. Their trade has also suffered because of global trends. The popularity of the Internet and digital versions of books have led to a steady decline in demand for printed materials.
The industry has also had to contend with the low literacy rate that has been prevalent in the country for decades. It is only recently that literacy levels have started to improve, reaching 67.1 per cent, according to UNICEF. "At the end of the day, all we have are our books," says 36-year-old Mohammed Khayi. "When things get rough, we can pick up a book and forget everything else."