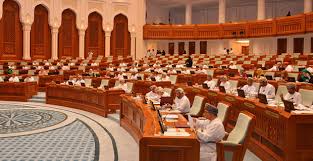 Muscat: To enrich the knowledge of lawyers and law professionals, the Omani Lawyers Association hosted yesterday evening Dr. Khalid Salim Al Saeedi, Secretary General of State Council.
The title of the seminar is ‘The Legislative Cycle of the Draft Laws in the Sultanate’.
The seminar focused light on the role of Majlis Al Shura and the State Council in legislations after broadening the legislative powers of the Council of Oman in 2011.
The Secretary General of the State Council covered a number of issues, such as referring the draft laws form the Council of Ministers to Majlis Al Shura which will refer it to the State Council to submit it to His Majesty Sultan Qaboos bin Said to issue a royal decree issuing the law.
He also highlight the method of work of the State Council and Majlis Al Shura and the powers they have to introduce amendments to the draft law and hold a joint session for voting on the articles where there is disagreement among them.
He highlighted their roles in case the draft law is returned by His Majesty Sultan Qaboos bin Said to the council of Oman to reconsider the amendments made to it.