Court to open case that could unseat Brazil's Temer 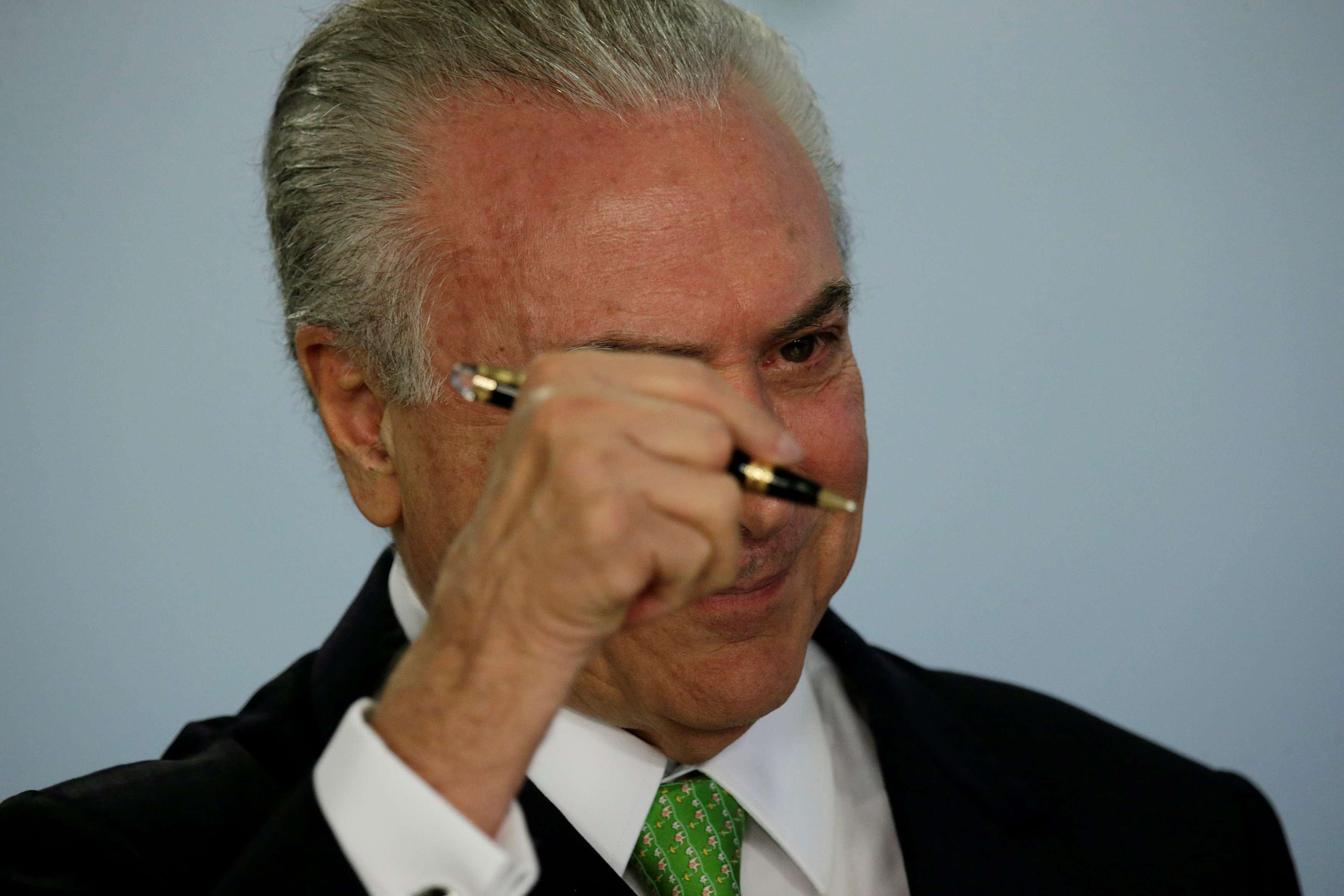 Brasilia: Brazil's top electoral court (TSE) will start the trial on Tuesday about illegal campaign funding by the Rousseff-Temer ticket that could annul their 2014 election victory and unseat President Michel Temer.
The center-right leader's opponents see a court ruling as a way out of the political crisis set off by corruption allegations leveled against him, but a decision could take weeks if not months and can be appealed by Temer. The court's decision is key to deciding the political future of Brazil, where the prospect of having a second president ousted in one year has generated political volatility.
The uncertainty has weakened the real currency against the dollar and depressed stocks on the Sao Paulo bourse in recent days. Temer was the running mate of leftist President Dilma Rousseff and replaced her when she was impeached last year.
If he is removed from office, lower house Speaker Rodrigo Maia would take over from Temer and Congress would have 30 days to pick a caretaker to lead the country until elections in late 2018. Left-wing parties are calling for early general elections for Brazilians to pick a new president directly. If Temer is found guilty, he is expected to appeal which could delay the process for months. The government would likely destabilize and prompt members of his coalition to withdraw their support, increasing chances he could be forced to resign.
The main ally in his governing coalition, the Brazilian Social Democracy Party (PSDB), is waiting for the court ruling to decide whether to abandon Temer's government, which would sink his fiscal reform agenda.
The electoral court had been expected to blame Rousseff and absolve Temer, but that is now unlikely due to recent plea-bargain testimony by executives of giant meatpacker JBS SA who alleged they gave illegal funds to his campaign. Temer has refused to resign since the Supreme Court late last month authorised an investigation against him for alleged corruption, racketeering and obstruction of justice.
The investigation is based in part on a secret recording of a conversation with a JBS executive in which Temer appeared to agree to the payment of hush money to silence a key witness in a massive graft scandal. The political crisis engulfing Temer's government deepened on Saturday with the arrest of a close aide who was seen in a police video receiving a bag filled with 500,000 reais ($152,000) in cash.