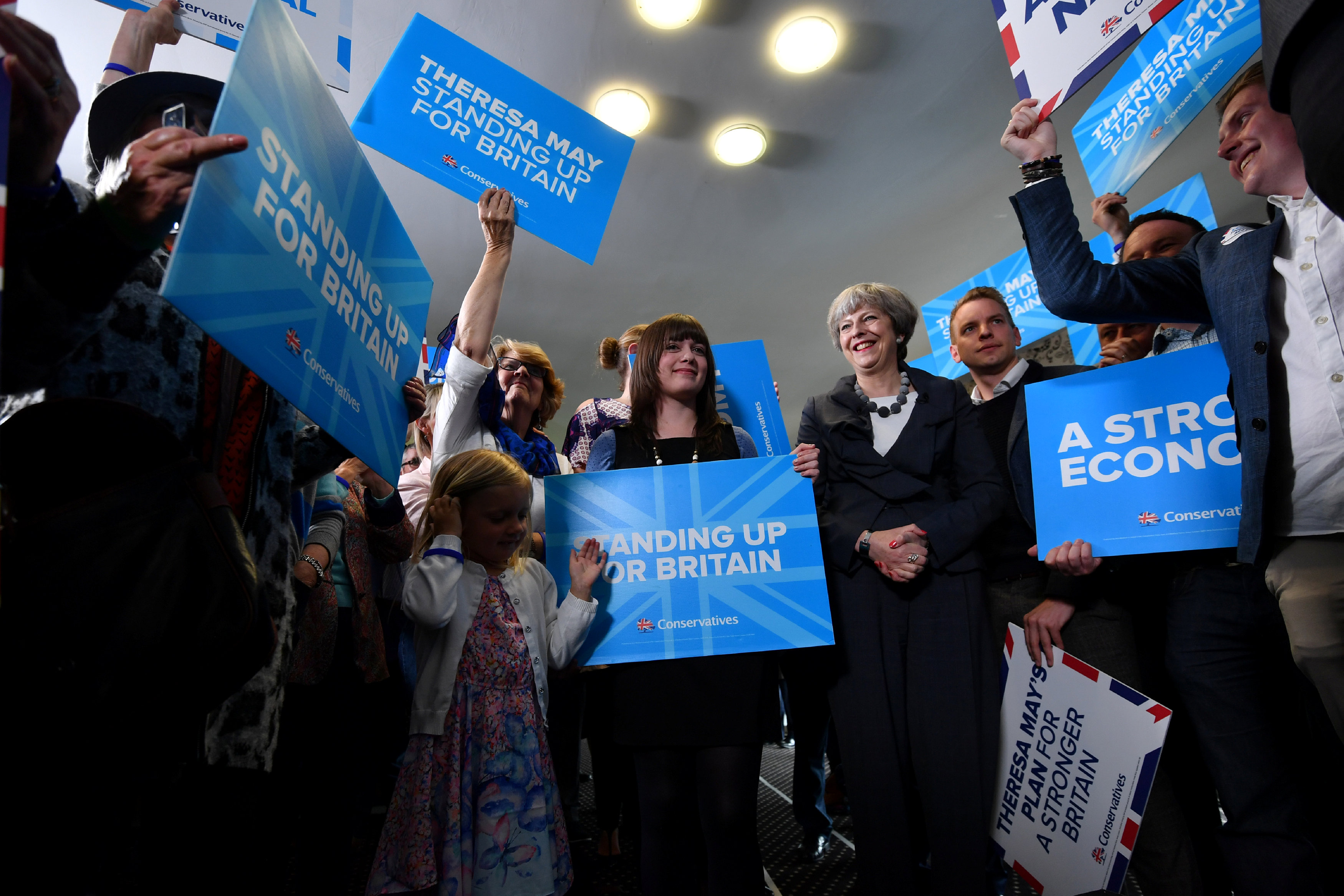 London: British Prime Minister Theresa May looks on course to increase her parliamentary majority in Thursday's election, an opinion poll showed on Tuesday, shortly after another survey suggested the race with the opposition Labour Party was neck and neck.
Polling firm Opinium said the lead of May's Conservative Party over Labour had widened to seven points, up by a percentage point from its previous poll published on Saturday. The new poll was the first by a major firm that was conducted in its entirety after a deadly attack in London by militants on June 3. The field work ran from June 4-6. It put support for the Conservatives at 43 per cent, unchanged from Saturday's poll, while Labour fell one point to 36 per cent.
"Labour's campaign surge appears to have crested as our final poll of the campaign is the first to see the Tory (Conservative) lead expand rather than contract," said Opinium's head of political polling, Adam Drummond.
"If this is the start of a trend, and it is supported by other work Opinium has done, then it is worth bearing in mind that at the last election 15 per cent of voters made their mind up either on polling day or the day before."
British opinion polls have shown a wide range of estimates of support for the two main political parties, adding to scepticism among many critics who hammered the industry for failing to accurately predict the outcome of the 2015 election and last year's referendum vote to exit the European Union.
However, all the polls have shown a steady narrowing of the lead of May's Conservatives over the past three weeks following the publication of the parties' election policy pledges. Opinium had a Conservative lead of 19 points over Labour early in the campaign. May began to struggle after she fielded a plan to make elderly people pay for more of their social care, even though she moved quickly to say there would be a limit on the amount of costs that people would face.
In the wake of Saturday's attack on London by militants who killed seven people and injured 48, Opinium said its poll showed a significant rise in national security as an issue for voters - 11 per cent said anti-terrorism policy would influence their vote, up from 2 per cent last week.
Respondents said May was the most trusted leader on fighting terrorism and on Brexit, while Labour leader Jeremy Corbyn was most trusted on Britain's health service. The Opinium poll made for more comfortable reading for May than another one published overnight by Survation which showed her lead over Labour had narrowed to just 1 percentage point.
The Conservatives had a slim 17-seat majority before parliament was dissolved for the snap election. The poll, for ITV television, was conducted on Friday and Saturday, before the attack in London. It echoed another Survation poll, published for the Mail on Sunday newspaper, which also gave the Conservatives a one-point lead. No other poll has shown a lead that tight.