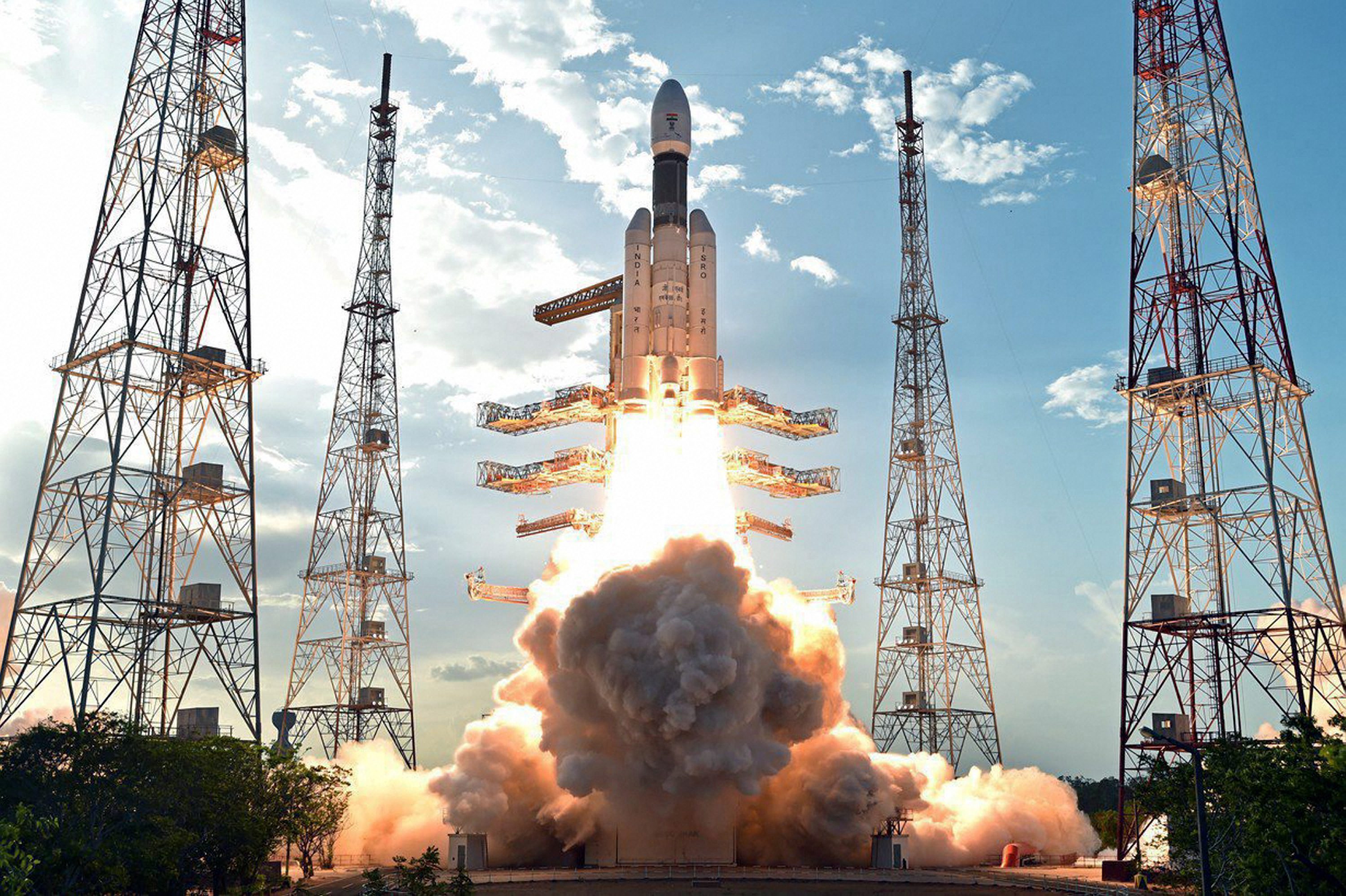 Sriharikota (Andhra Pradesh): India on Monday scripted history as it successfully launched its heaviest rocket GSLV MkIII-D1 carrying communication satellite GSAT-19.
The 43.43 metre tall rocket lifted off at 5.28pm from the second launch pad at the Satish Dhawan Space Centre here and launched the 3,136kg GSAT-19, the heaviest satellite to be launched from the country yet, into orbit about 16 minutes later.
A jubilant Indian Space Research Organisation (ISRO) Chairman A. S.Kiran Kumar said it "is a historic day" and the the Geosynchronous Satellite Launch Vehicle Mark-III (MkIII D-1) has successfully demonstrated its capabilities with the injection of GSAT-19 into the desired orbit.
"It is a great success in the first maiden attempt and GSLV MkIII has successfully put in orbit GSAT-19 which is a next generation satellite," Kumar said.
"I wish to congratulate the entire team which has relentlessly worked each day for today's launch from 2002," he said.
Prime Minister Narendra Modi hailed the successful launch, saying it took India closer to next generation satellite capability.
Kiran Kumar said Modi called him and congratulated each member of the ISRO team for the successful mission.
GSAT-19, which will augment India's communication resources, was released into the intended Geosynchronous Transfer Orbit (GTO). Monday's GSLV mission is significant for India as ISRO had been depending on foreign launchers for orbiting communication satellites weighing more than 2,300kg.
The GSLV MkIII-D1 is capable of lifting payloads or satellites weighing upto 4,000kg into the GTO and 10,000kg into the Low Earth Orbit.
It was a textbook launch as every stage of the three-stage GSLV MkIII with indegeneous cryogenic engine performed well.